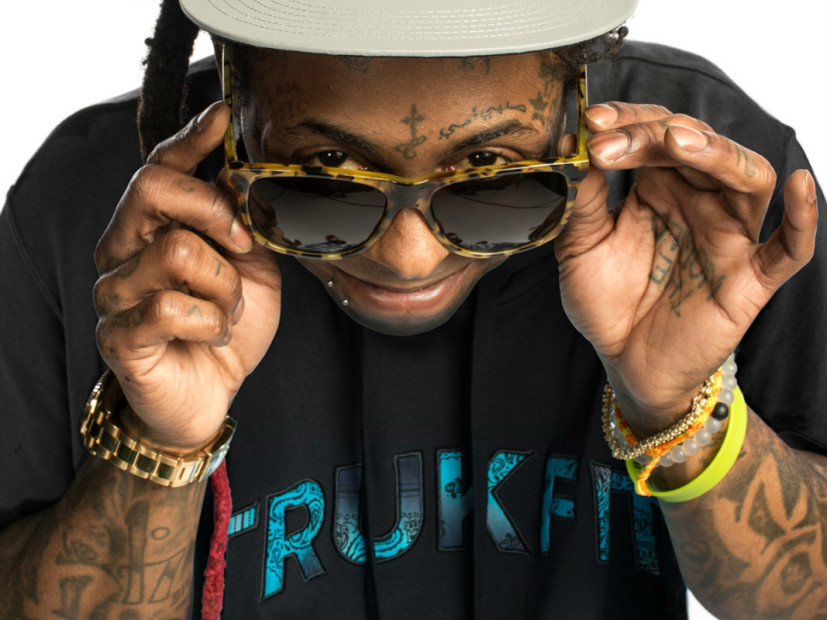 Lil Wayne Off The Hook In Trukfit Lawsuit

Lil Wayne was in deep trouble when a model sued him and his Trukfit clothing line last year for using a photoshopped image of her for one of its T-shirt designs.

Now, however, Weezy is off the hook as Shanise Taylor removed the rapper, born Dwayne Michael Carter Jr., from her case, the Jasmine Brand reports.

Taylor filed court documents May 3 to dismiss all claims against Lil Wayne and said both parties agreed to pay their own legal fees.

She is continuing her suit against Trukfit and Universal Music Group for using a modeling photo of her on a T-shirt design that was sold nationwide. She says she suffered emotional distress and a damaged reputation because the altered image shows her without underwear. For the photoshoot, Taylor did wear underwear, as is shown in the original image. She claims that the image was used without her permission, the changes made to the photo and her likeness being associated with a brand that promoted drugs, sex and violence, has hurt her personal brand.

(This article was first published November 26, 2015 and is as follows.)

Lil Wayne’s Trukfit clothing line is being sued by a model that appears on one of the brand’s shirts.

In legal documents obtained by TMZ, Shanise Taylor admits to posing for a photo shoot in 2011 but says she was never aptly informed that the shots were intended for commercial use by the brand.

Then, earlier this year, Taylor says that she spotted her photograph on a Trukfit shirt. She claims that the brand had altered the original photo to make it look like she wasn’t wearing any underwear.

Taylor claims that she never signed off on the brand using her image and says she would never want her photograph “on apparel associated with misogyny and violence.”

She has subsequently enlisted the assistance of Miami-based law firm Mase Lara to help her fight the case against Lil Wayne and Trukfit. Taylor says she has been humiliated and in addition to seeking an unspecified amount of damages, she wants the shirt to be discontinued.

A picture of the photograph in question can be viewed below, via TMZ.