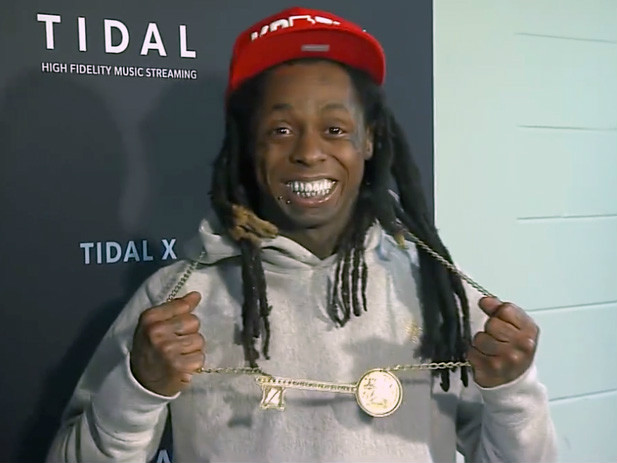 In recognition for his philanthropic work, Lil Wayne received the key to Lafayette, Louisiana yesterday (April 18) before his performance at the University of Louisiana at Lafayette.

Mayor-President of Lafayette, Joel Robideaux, presented the honor in the form of a chain to the Hollygrove, Louisiana rapper. Lil Wayne was performing at the school because the Zeta Xi chapter of Alpha Phi Alpha won TIDAL’s Social Wave for Change competition. The fraternity brothers collected nearly 7,000 bottles of water for Flint, Michigan.

“We appreciate what you and TIDAL have done on behalf of the philanthropic efforts and we’re so proud of our Ragin’ Cajuns, Alpha Phi Alpha for what they did,” Robideaux says, “and we wanna present to you a very special key to the city that we made specifically for you. One of a kind, nobody else has it.”

“We made it,” Lil Wayne says after putting the necklace on.

Watch Lil Wayne receiving the key to the city of Lafayette, Louisiana below: