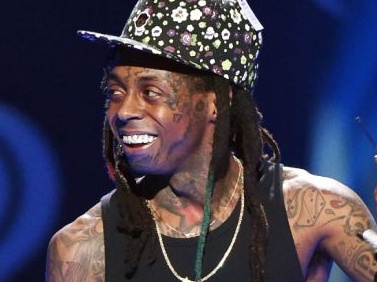 Lil Wayne shares the details of his college philanthropy project with TIDAL.

The Young Money wordsmith began his piece by touching on his time spent at the University of Houston. He says he witnessed firsthand the amount of potential college students have, but also pointed out that with so much on their plates, giving back can sometimes be difficult.

“Having gone to the University of Houston for a bit, I saw firsthand how much potential and energy college students have,” Lil Wayne wrote. “They have so many opportunities to make the world a better place, but they have a lot on their plates with the books, parties and jobs at the same time. They have the world at their fingertips but the weight of the world on their shoulders. It’s hard to find time for themselves; let alone time to give back.”

Lil Wayne later spoke on the specifics of his college philanthropy project with TIDAL, which challenged 50 schools to give back.

“That’s why I partnered with Tidal on a college-focused philanthropy project,” he wrote. “I feel blessed to be part of this project initiative with an outstanding amount of responses- nearly 50 schools across the country entered a contest for a chance to see me perform at their school for free.”

The colleges involved in the project took part in everything from organizing a bottled water drive for Flint, Michigan to raising thousands for the Special Olympics. The ultimate winner was the University of Louisiana – Lafayette.

Lil Wayne’s concert at the school is scheduled to take place next month, and will be live streamed on TIDAL.com.