Raekwon says that a family has named their twin children Raekwon and Ghostface. Rae shared this by posting a picture on Instagram of part of the birth certificates. With the twins laying in the back of the image, the forms are filled out to show their first names are Raekwon and Ghostface.

The family, whose last name is Lieberman in the documents, apparently shared this image with Rae. The Chef posted the following caption for the image: “This is live, family named their twins Raekwon & ghostface!!! #wu4thebabies.”

Raekwon recently made headlines when it was announced that he and RZA had reached a truce. The Wu-Tang members had been feuding over Rae’s involvement on Wu projects prior to the truce. Nevertheless, news of the Wu reunion was reported in May with the following statement:

UPDATE: The father of the twins reportedly says this was a joke, according to Gawker. 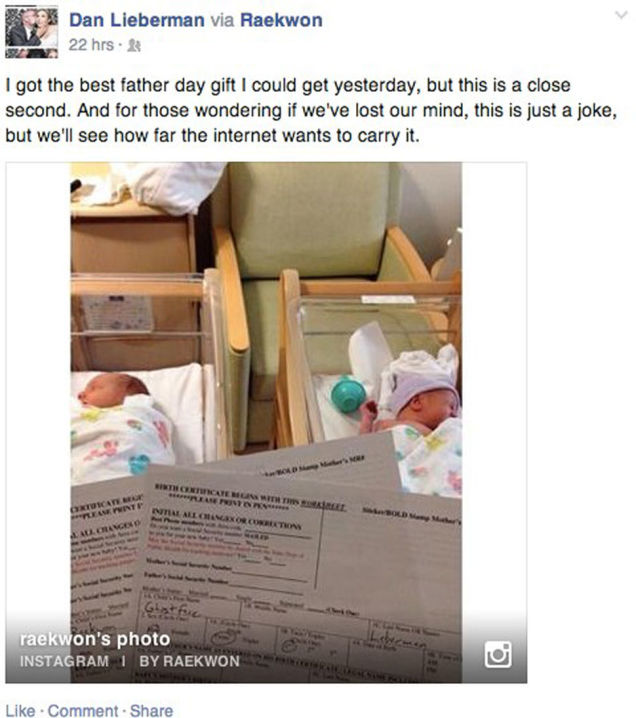