Even though he’s fronting the long awaited Wu-Block album with Sheek Louch, that isn’t keeping Ghostface Killah from his solo career. Now, in a recent report from Scottscope, Pretty Toney is planning his next solo project for a release this November.

Ghostface Killah will be releasing his latest project 12 Reasons to Die on November 20 through RZA’s newly launched Soul Temple Records. Additionally, RZA will serve as the LP’s executive producer, and producer/composer Adrian Younge will create the album’s music.

Although Younge may not be a household name, the Los Angeles-based artist has an impressive resume. In addition to being signed to Wax Poetics Records, Younge edited and composed the music for the film Black Dynamite and the Adult Swim cartoon based on it.

In addition to the album, Ghostface will release an adjoining comic with the project. The comic, a second for the legendary Staten Island emcee, will follow a month after the album’s release.

A flier announcing the album and comic’s release can be seen below. 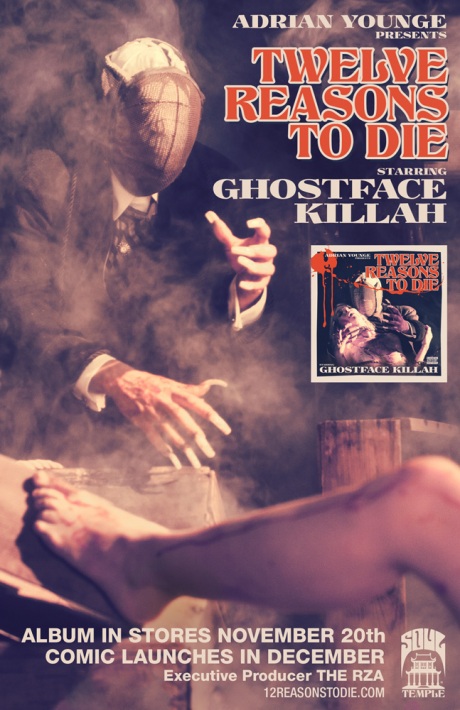