Three independent veterans pushed hard this week with strong audio and a visual. One veteran has transitioned his early ’00s buzz at the premiere record label to now working with top independents and establishing his own imprint. Another artist left a respected independent Hip Hop label to branch out on his own, still keeping ties to top Hip Hop producers. Lastly, a part of the one of the biggest and most breakthrough crews of 2011 shows how they can go outside the box, on a remix.

In 2006 Oxnard California’s Roc C made his first guest appearance rhyming over J Dilla production on the remix of Oh No‘s “Move.” For my money, it’s only competition is the RZA‘s “Tearz” for the title of Hip Hop’s greatest organ-sampled moment.  Not a bad place for an emcee to start. This week Roc C continued his streak of slaying haunted beats by linking up with another iconic producer who – just like Dilla, has found a sound that exists completely in its own realm and now imitated so often it’s gotten painful. (Just go on YouTube and search “Alchemist Style Beat”). In “Starchild,” The ALC has crafted his best beat of the year, built with rhyming in mind and achieving a sound that would make Giorgio Moroder proud (a feat yesterday’s “American Terrorist III”

fell short of). It’s sinister and drugged-out; the perfect sonic match for Roc C’s aggressive drawl and topics of choice. “Starchild” is the down-tempo early morning drive home after the upbeat “Move Part 2” party; Testarossas, Oxys and embalming fluid replacing the weed and ’86 Chryslers. And the best part is you don’t have to take your pick. – Mike Sheehan

by Roc C featuring The Alchemist

At HipHopDX, we get tons of comments in the ol’ C-Section posing the question “Why is this on the site?” or making statements about songs like “This isn’t Hip Hop!” Blah, blah, blah. As Music Editor, it’s my job to shake things up a bit musically. So let’s talk about this song we posted that I happen to love and pretty much has zilch to do with traditional Hip Hop. First off, Syd the Kid’s voice still totally throws me off. That’s because I listened with my eyes. Syd looks like Canibus with softer features (no diss to either). And while her production has always been on point, who knew she had chops like this.
On this “Cocaine” remix, Syd, now known as the Google nightmare “The Internet,” gets some love from Little Dragon. You might remember them from that SBTRKT track “Wildfire Remix”

that Drake was on (we posted that too). The song is electro and funky with The Internet cooing over the high sped production like she was born on a dance-floor. The next project needs to be a sing-off between Syd and Frank Ocean. I’m putting it out there. – Kathy Iandoli

In August, Dub Caesar Entertainment released this Beard Gang collaboration from State Property’s Freeway and Smif-n-Wessun’s Tek. I highlighted this track because in the last three years, Free’s offered fans many different looks at his vast range of his styles. However, this week pulls back to 2007’s Free At Last era, an album that I still think was vastly overlooked. Free doesn’t hold back on the vocal delivery, as Tek comes with his own signature nasal flow. Just like “Roses”

on Monumental, this tag-team makes sense. I hope this iTunes doesn’t live and die as a one-off, because this drum-driven street gem would enhance any of either’s upcoming projects. – Jake Paine 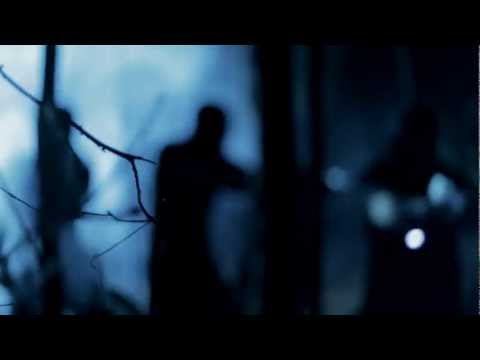