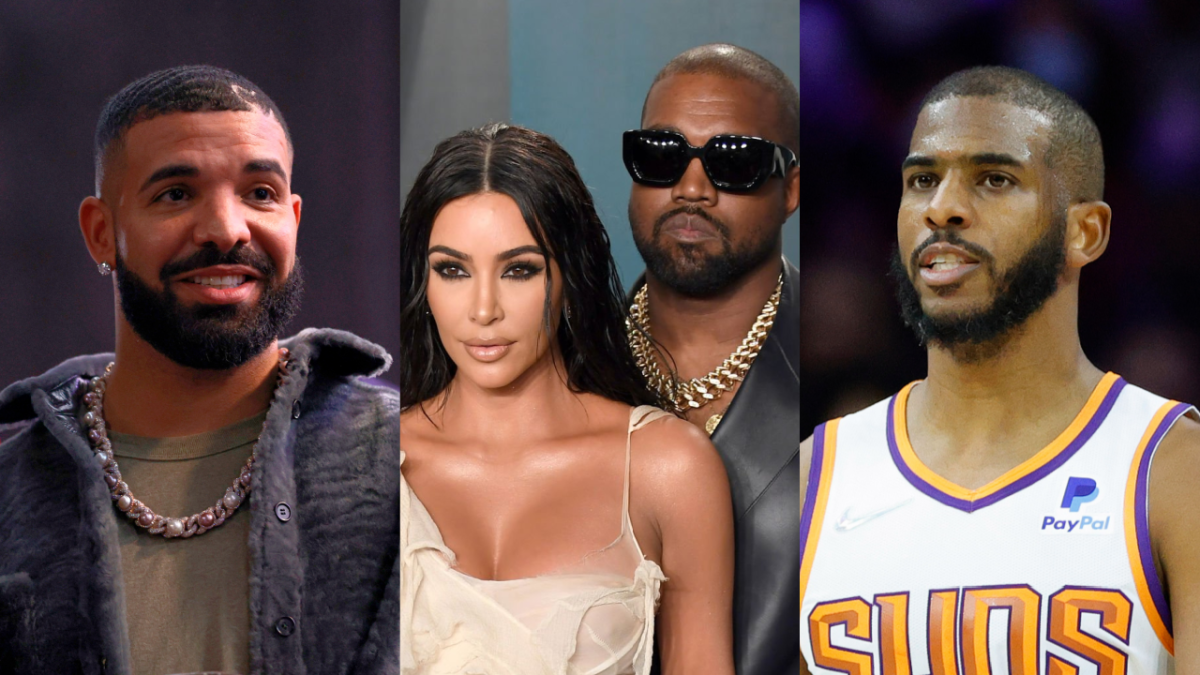 Drake has been accused of taunting Kanye West over his ex-wife Kim Kardashian‘s alleged fling with NBA star Chris Paul.

Following his controversial interview with right-wing conspiracy theorist Alex Jones on Thursday (December 1), the Chicago rap mogul shook up the timeline even more by claiming that he once caught Kardashian cheating on him with the Phoenix Suns guard (who previously spent six years with the Los Angeles Clippers).

“Let’s break one last window before we get outa here[.] I caught this guy with Kim,” he tweeted next to a photo of CP3, prior to his Twitter account being suspended over a swastika post. “Good night.”

Neither Kardashian nor Chris Paul — who has been married to his college sweetheart, Jada Crawley, since 2011 — have responded to West’s allegations as of press time.

Following the bombshell claim, a photo from Drake’s feud with Kanye West last year began making the rounds online, suggesting the Toronto rapper was aware of Kim Kardashian and Chris Paul’s rendezvous — and used it as ammo to troll his opponent.

Drizzy can be seen rocking Paul’s #3 Suns jersey, while his buddies are draped in the colors of CP3’s former team, the New Orleans Hornets. All three appear to be enjoying a joke while posing for the camera. “September 3 CLB,” reads the caption in the photo.

“Drake was playing mind games the whole time with Kanye back when when CLB was dropping? Had all the homies in a Chris Paul Jersey while he was beefing with Kanye. Damn,” one Twitter user reacted, while another called Drake’s apparent subliminal diss “psychological warfare.”

Drake, who is also rumored to have hooked up with Kim Kardashian during her marriage to Kanye West, spent a large part of 2021 sparring with Ye on social media and in songs in the run-up to their respective albums, Certified Lover Boy and Donda.

The pair eventually buried the hatchet at the urging of Rap-A-Lot Records founder J. Prince, and reunited on stage for the “Free Larry Hoover” benefit concert in Los Angeles that December.

While things have been civil between the Hip Hop heavyweights since then, Drake recently cast doubt on the sincerity of their truce by suggesting he only reconciled with Ye as a favor to J. Prince.

“Linking with the opps, bitch, I did that shit for J. Prince / Bitch, I did it for the mob ties,” he rapped on “Circo Loco,” a song from his joint album with 21 Savage, Her Loss.

In the same breath, however, he called for peace and unity in the rap game, adding: “Imagine all the rappers on the same side and everyone cleaning up each others contracts It’s kingdom time[.] Love Drake #lovespeech.”

As for his relationship with Kim Kardashian, Yeezy recently reached a divorce settlement with the reality TV star after a lengthy and, at times, messy legal battle.

The ex-billionaire rapper reportedly agreed to pay Kardashian $200,000 a month in child support for their four kids, in addition to divvying up their various properties.