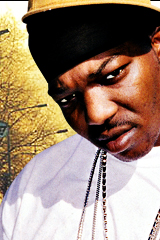 Long before the Cash Money camp became known as Cash Money Millionaires, the label got its start hustling albums by a young teen known as B.G., who eventually scored a national anthem with his track “Bling Bling.”

Originally known as the Baby Gangsta…B.G. grew up in the dangerous uptown section of New Orleans, among some of the most poverty-ridden areas of America. There he struggled to stay out of trouble and stay in school, yet thrived as a talented young rapper. Two ambitious entrepreneurs, Ronald “Slim” Williams and his brother Bryan “Baby” Williams, heard about the infamous Baby Gangsta and soon signed him to their infantile Cash Money label. After many hits and trials and tribulations…including a departure from Cash Money…the ex-Cash Money member talks about his heroin addiction, shady record deals and the making of his ninth album.

How were you feeling when you recorded The Heart Of Tha Streetz?

Same feeling when I go to do any other album. At first, I didn