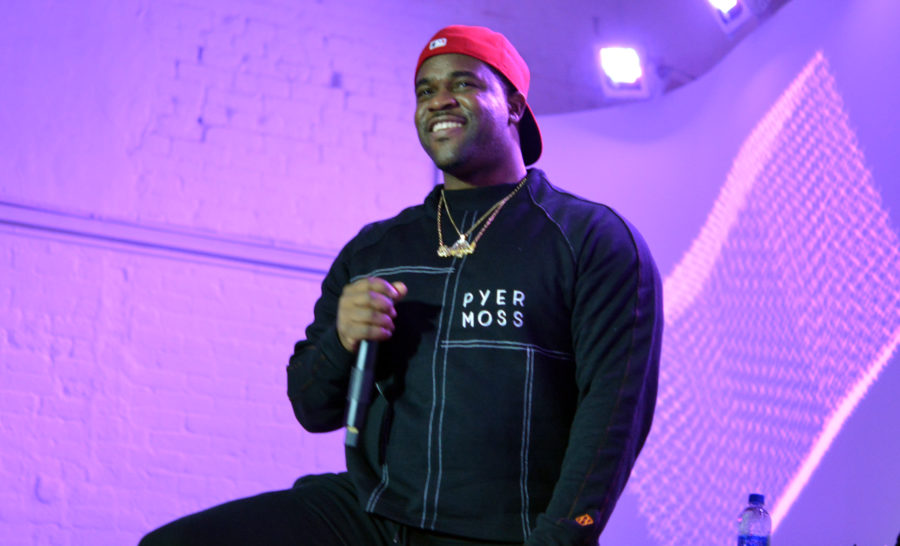 Growing up in the Hamilton Heights district of Harlem, New York, A$AP Ferg never dreamed that he would be staring at the pinnacle of Hip Hop.

But the 30-year-old born Darold D. Brown Ferguson, Jr. credits his crack-shot team of advisers — and savvy career moves — for his success in a notoriously fickle business.

“I don’t know every Hip Hop song from the so-called ‘Old New York,'” he said, “but because I want to be better — I want to improve my style — and I want to see where Hip Hop comes from, I’m always learning. I remember watching things like Video Music Box as a kid. I know, and feel, that when Hip Hop is used properly, it can be a force for love — to bring people together — like it did in the Bronx, when people would come together in the midst of all the fighting to have a street party. And I’m always watching documentaries, I’m always trying to understand the past, and if I don’t know something, I have people around me — attorneys, managers, people like that — that can guide me in the right direction.”

Ferg sat down with HipHopDX before his performance at the Sony “Lost In Music” interactive pop-up shop, and his was the inaugural performance of the experiential space. The interactive experience — which opened to the public on November 15, and will continue through February 10, 2019 — brings together the very best in Sony technology and Sony Music artists. The residency will host a weekly YouTube show, exclusive and intimate performances every week from various artists, along with the debut of an interactive song creation experience and a space to experience multi-dimensional audio technology.

Pop artists, rock artists, and even country artists are all on the lineup, which features an analysis of the way each attendee moves and interacts with the cutting-edge technology throughout the space, combining it with the rhythm of their own heartbeat and adds musical components to create a unique, downloadable track.

This marriage of music and technology is right up Ferg’s alley, who credits his management for providing him with the opportunity. “When I saw all this, I said, ‘man, I really want to be a part of it,'” he said before his show. “It’s technology meets Hip Hop on a whole other level. It’s as if you have a living room full of equipment on a spaceship.”

Ferg worked with Sony before — he performed at the Lost in Music interactive experience at SXSW, and said that it was “one of the best venues at the festival” — and, on this evening, he performed most of his greatest hits and deep cuts from his albums Trap Lord and Always Strive and Prosper.

But, he says, he knows it’s been a while since he’s released new music, and he hopes that his fans understand that this decision was a conscious one — one that’s rooted in his need for putting out the best music he possibly can.

“With artists, I’ve seen so many situations where artists are forced to put out music that they don’t necessarily want to, just because the climate is changing,” he said. “I don’t want to fall into the trap of releasing music that I really don’t believe in. I really believe in taking my time and putting out quality over quantity.”

And, he said, his fans can expect more from him than just new music. “I’ve been designing most of my performance clothes. Through collaborations with Dapper Dan, I’ve designed other high-end clothes, too — mostly jackets, but other clothes, as well. And I design shoes with adidas. But now, I’m getting more into the painting aspect of Hip Hop — I went to art school, you know — so I’m getting back into the abstract canvases, and things like that.”