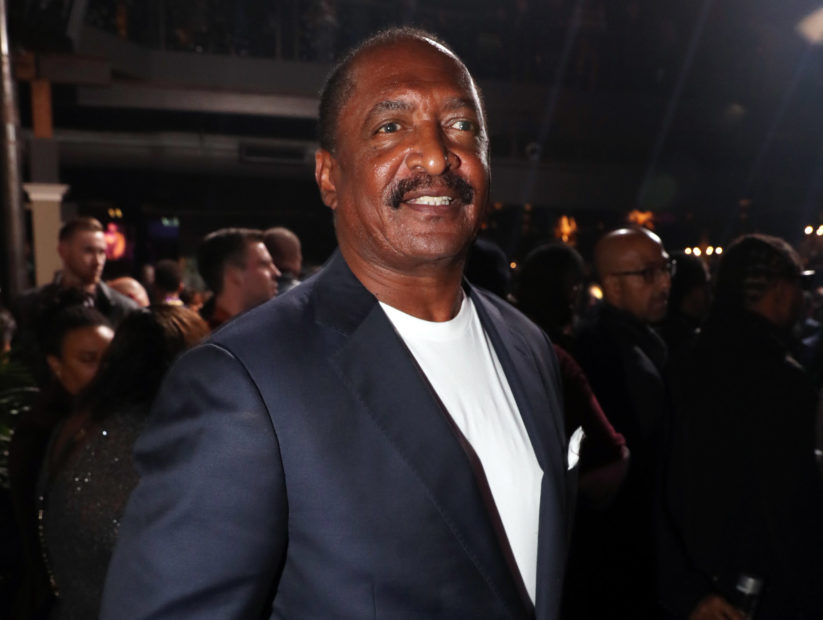 Mathew Knowles Discusses His Books, Slavery & On The Run II

As far as Dr. Mathew Knowles is concerned, while he is well aware of what (and, frankly, who) you know him for, he prefers to use his influence to educate both college students at the Texas Southern University — where he regularly teaches classes — and young people in the 21st century, as a whole.

“[My goal is] to be informative,” he said. “I want young people to be informed on what our slave brothers and sisters had to go through — what they, from Africa, had to endure — to get to America. I want them to be informed on how they were treated once they got to America. You know, it really angers me that we talk about immigrants all the time — and immigrants, no matter how they got here, are the ones who built this country. Slaves built this country — let’s be honest.”

In Knowles’s new book, The Emancipation of Slaves through Music — a follow-up to his hit book Racism: From the Eyes of a Child — he addresses how music helped these “immigrants” who arrived in chains used the power of music to endure horrible human rights atrocities. What’s more, Knowles felt it imperative to impart his wisdom earned through both his extensive education and his own experiences growing up Black in the Jim Crow South of Gadsden, Alabama.

“I grew up in Gadsden, AL, in 1952. And I never went to a ‘black school’ until my junior year of college [in 1972]. And that’s where I learned, and became aware, of what all was going on around me,” he said. “My mother went to high school with Coretta Scott King, so she took up — in a big way — a part of the desegregation movement. And that made me one of the first to be privileged to get that sort of education. But for me, sometimes, it was tough. And I wanted to tell that story — and I wanted to talk about it. I felt it was really important to share.”

In a way, there’s a huge disconnect between this Dr. Knowles — world-class educator who experienced the Jim Crow South first-hand — and the man who founded Music World Entertainment, served as a manager of one of the biggest girl-groups in the world, and, frankly, fathered Beyonce and fostered her legendary career and cult-like status in the pop culture zeitgeist.

Together with his Entertainment/Recording/Management (ERM) degree program students at Texas Southern University, Dr. Knowles undertook exhaustive research and compiled how music was used to liberate the spiritual, if not physical, enslavement of African captives, and how it is similarly used today to empower liberation.

In the process, he uncovered some startling — and revelatory — truths about slaves in America.

The book brings together the understanding of how even instruments, such as the guitar and banjo, and the drum (which, Dr. Knowles discovered, was once forbidden on the plantations because of its connection to Africa), helped shaped every genre of music today while tracing their origins back to Africa.

And yes, in case you were wondering, Dr. Knowles still listens to his daughter Beyonce’s music. The one and only time he brought up the good queen Beyonce was to remark, unprompted, that he recently saw the On The Run II tour in Houston. He acknowledged that while he may be a little “biased” as a father, he thought his daughter and son-in-law’s performances were “the best he’d ever seen.”

Order The Emancipation of Slaves Through Music here.