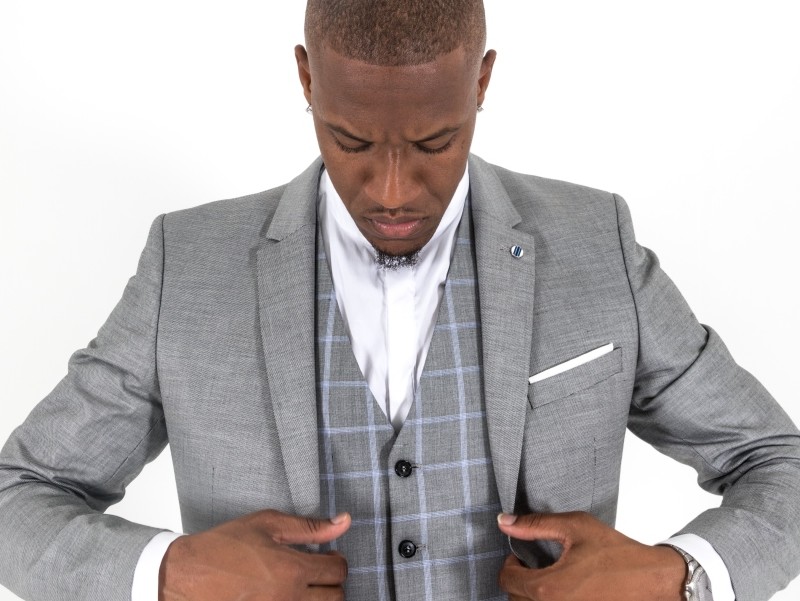 Post Cardi B success, Mona Scott Young’s Love & Hip Hop series has transitioned from bottom-feeding reality television featuring either “has been” artists or desperate attention seekers to a legitimate platform for possible superstardom. Industry credentials don’t matter when one has a personality big enough for potential viral moments for social media.

After being blessed enough to put 50+ music placements on some the biggest artist in the world @chrisbrownofficial @fergie @usher @princeroyce @jlo @zendaya @ritaora @postmalone …etc I felt it might be time to let the world know the man behind the music ?…and this season …welcome to the jungle! ?I done turned this thing into a whole ?? ? tune in. @vh1 @lovehiphopvh1 @monascottyoung @thatshirealife #GoSeason #vh1loveandhiphop #RoccStar

Since then, he’s found himself working with the likes of Jennifer Lopez, Usher, Fergie and Post Malone. With some significant producer/writer creds behind him, RoccStar is pushing forward as a recording artist through the recent release of his project Love “Loss of Valuable Energy”

And, there isn’t a better way to get some millions of eyes on it through Love & Hip Hop. Speaking with HipHopDX, RoccStar talks his turn to reality television and if the series can create another success comparable to Hip Hop’s current Bronx “it-girl.”

HipHopDX: During your VH1 promotional introduction, you talked about the Love & Hip Hop series being very relatable to you. In what capacity do you relate to the show?

RoccStar: It’s the most relatable show on TV for someone like me musically. It’s about music and Hip Hop though it’s also about the drama that Mona [Scott Young] put together. You know how it goes. For me, I use it as a platform for my cryptocurrency coin, alkaline water, music and host of other things. I’m the breakout star and I just use it for the platform. I was already a big producer. People get on the show as a way to figure out how to work with a Chris Brown or Rihanna or J Lo. This is a straight platform move. It’s damn near an acting gig. You get paid to show up. I just have a big personality so it’s easy for me to keep people entertained. Right now, I just released an album titled Love “Loss of Valuable Energy”

HHDX: There seems to be a formula for a lot of artists who do Love & Hip Hop when it comes to releasing material. What goes into a rollout for a single or project while doing the show?

RoccStar: The thing about it is that show is whatever the show is. It’s literally just eyeballs. When it comes to the platform, it always comes back to people wanting to hear something. I’m not too concerned with what a hater has to say because I’m already tapped into my own world. I know who I am and I know what I do. I’m mad secure with myself. It doesn’t really matter what someone says. I’m one of those personalities. With that, it all comes down to press play. Most of the time with haters they may not like me, but they like my music. For the album, I’m pushing nonstop. I’m swaggin’ it out for a minute and now that I’m taking on the artist role from the producer role, a lot of the vibes that I lent to other artists means that I get to keep it for myself. I created my own world. It’s called Love “Loss of Valuable Energy” because of me getting out of a situation I was in with my ex-girlfriend of five years.

HHDX: I remember during your introduction on the show you spoke about being happily single.

RoccStar: That should tell you where my head is at because you get with someone for that long and it does feel like a loss of valuable energy. You been with somebody for five or years, and you invest so much time, money or whatever into it and it just ends. It’s definitely for someone trying to get over their situation. A lot of people fold up when it goes bad cause some people have a hard time moving on. This is definitely a fueling album. Pressing play on that is going to give you a whole nother vibe.

HHDX: Do you remember your first song placement?

RoccStar: The first placement I got was Chris Lighty putting me on a Busta Rhymes track. He used to be my manager. I had did a record with Chris Brown called “What Yo Girl Like” with Lil Wayne years ago. That was a big deal with me but nobody noticed. I had a top ten record in Europe with Rita Ora and K. Koke. I even had a hit in Germany, but no one cared out here in the states. I had all types of shit that nobody knew about. The thing about the music industry is that niggas will try to lock you out. I’m an against all odds type nigga. It’s crazy all the shit I’ve had to go through. When you’re confident, niggas come for your fucking throat. I was always beastly so people always tried to block shit out on me. When they eventually had to recognize me against all odds was when “Fine China” dropped. After “Fine China,” things really changed me for. That was a universally loved record. It added a new frequency to radio. That’s when executives from everywhere started asking about me. Then that led me to getting production credits with JLo, Fergie, Zendaya and the likes.

I already told you how I’m coming! 2018 is the year of the Greats #GxngGxNg squad up #RoccAge or nothing! #GoSeason stay tuned!

HHDX: How did your time with Chris Lighty and his eventual death affect you career-wise?

RoccStar: For me, Chris Lighty was already a legend. When Chris Lighty found me, it was through his brother Dave. I was doing some independent projects. Dave was like, “You’re super dope.” I would write and produce records like nothing. He said I was next up and wanted to get me with Chris. When I finally sat down with Chris, we talked and my personality showed up. He told me never to dumb down my personality. I starting going ham just working and Chris always encouraged me to never let up. I actually eventually signed Claire Demorest who is also known as Jude Demorest who is the lead for Fox’s series Star. I found her in Detroit, flew her out here and paid for her whole life and we signed her a deal with L.A. Reid. She is a star on Fox now, but she was my first artist. That was a big deal for me as well because I was around 21 or 22 years of age at the time.

We had crazy plans and then he died. Once that happens, all the folks who were hating on me came out because I was hiding behind Lighty. A lot of fuck shit started to happen. Jude even did some fuckshit on me and tried to play me out my shit. Everyone tried some funny shit because I wasn’t me yet. It was just crazy. That’s why I am the way I am because people are really funny and will try to play you. I rather be a dick than a swallower.

HHDX: Last question. Do you think Love & Hip Hop can produce another success similar to Cardi B?

RoccStar: Love & Hip Hop isn’t giving anyone success. It’s giving people a platform. The team and circumstances around an artist can give them success. Love and Hip Hop could do that constantly if someone knows how to use the platform. It just comes to the team. If your team is strong and vicious, then it’s go season. Love & Hip Hop hasn’t done anything for anyone in regards to getting people signed and getting people tours. Cardi B had a smart team around her and they did their thing. Love & Hip Hop isn’t doing anything but providing exposure.

Keep up to date on RoccStar’s updates by following him on Instagram @Roccstarmusic.