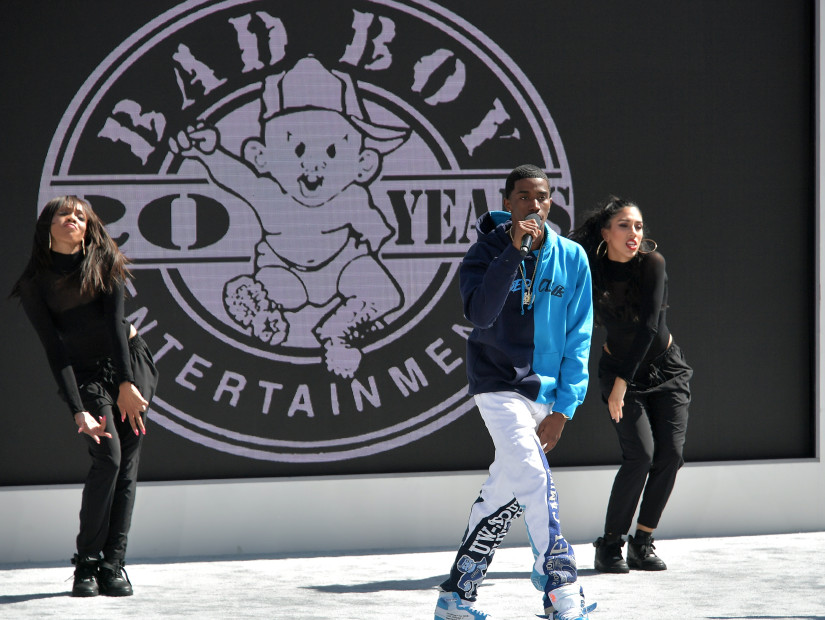 When your father is a Hip Hop mogul, and everyone knows that your 16th birthday party was better than theirs, you’re bound to have a different view of the entertainment world than the average person.

But, when your name is Christian “King” Combs, you try to counteract that notoriety by showcasing your evident talent, and you do it because you love Hip Hop.

Combs certainly has huge shoes to fill. Sean “Diddy” Combs, who is, of course, his father, helped usher in a generation of definitive East Coast Hip Hop sounds whose influence is still felt today. Under Diddy’s tutelage, Bad Boy shaped the careers of The Notorious B.I.G., Foxy Brown, and Craig Mack; in its later incarnation, the label went more “pop” with such acts as Danity Kane and Day 26.

But even though Combs — and his half-brother, Quincy (the son of Al B. Sure!) — are both signed to the label, as well, they are not legacy kids by any stretch of the imagination. Combs, in fact, didn’t get signed to the label until he started getting some blog recognition for his “Paid in Full” freestyle.

Combs, however, is keenly aware that there will be some people who will wonder if, indeed, he’s earned his Hip Hop cache. “I definitely have a lot of big shoes to fill,” he said. “But, heavy is the head that wears the crown. People are going to say what they say, but the music is going to speak for itself at the end of the day.”

And the music is certainly doing a lot of talking. Under the name “King Combs,” Combs has released a few hit tracks, most famously the “Love You Better” track featuring Chris Brown. The song, which was produced by Mr. Pay Attention, has a Biggie-inspired music video that focuses on the artists rather than the twerking girls. As of this writing, the video has received more than four million plays on YouTube.

Recently, too, Combs released a track called “Fuck the Summer Up,” which received almost a million views on YouTube.

And he’s doing all this while balancing a thriving modeling career — Combs has walked the runway for Dolce & Gabbana and other haute couture designers, and was the face of Tommy Jeans for their Spring 2018 campaign.

I’m so proud of my son @kingcombs he walked in the @dolcegabbana show again in MILAN #BlackExcellence LOVE YOU BOY!!! pic.twitter.com/B8GExpXAWg

Combs, who is his father’s doppelganger, doesn’t view modeling as a long-term career — he says that modeling is a career he can have for now, while he’s still young, but will inevitably dry up as he gets old — and prefers to be in the studio every day, when he’s not working on the modeling campaigns, to perfect his craft.

And though, when it comes to potential collaborators, he has an embarrassment of riches, Combs says that there’s one artist, in particular, that he’d like to work with above all others.

“I would love to collaborate with the A$AP crew,” he said. “A collaboration with A$AP Rocky, especially, would be dope.”