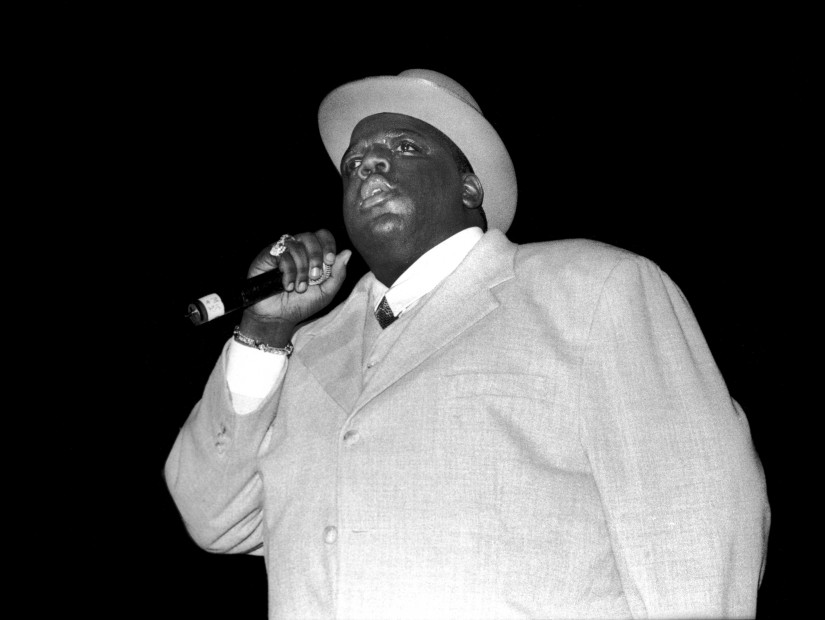 While the late, great NYC rap behemoth interacted with countless peers in the East Coast rap game at the time (most who had plenty of stories to tell over the years), his dealings overseas haven’t been documented as heavily. In the mid-90s, there were no geotags — or social media hashtags for that matter — for fans to witness Biggie’s every move so a lot of his Euro trekking was more like “out of sight, out of mind” for his Yankee fanbase.

In an exclusive conversation with HipHopDX, legendary London Hip Hop DJ Tim Westwood tells all he can possibly remember about The Black Frank White.

HipHopDX: Where and when did you first meet Notorious B.I.G.?

Tim Westwood: I remember the first time I saw him perform was when he had the song ‘Party & Bullshit’ out. I saw him one of those early times. I met him after the show, that was the first time I linked with him. Around then, it was just at the very beginning of his career – he wasn’t a superstar so he wasn’t under the pressure of being a superstar. He was always up at Hot 97 and he was always in The Tunnel. This was just before it happened for him. Because once an artist becomes a superstar, it’s not as easy for them to go to those hood spots and be out there like that. They have records to promote and stuff like that.

So I used to go to New York to do a show with Funkmaster Flex once a month, the Rap Exchange, and I was in New York every couple of weeks. We’d record a show and bring it back to London for Capital Radio, the station I was on at the time, then I joined BBC Radio 1, and now I’m back on Capital Xtra. But back then, we were going over there all the time, so I would meet Biggie in the clubs because he was always in the clubs wherever Flex was at. You’d see him every Sunday in The Tunnel, and he’d be smoking weed with Big Kap, may he rest in peace. They were just hanging there with Lil Cease and the rest of his team. They were just always hanging out. They’d come up to the station with Puffy, just come through and hang out at Hot 97 and we would do some interviews up there.

So, at the time, as I was leaving Capital Radio to join the BBC, I said I really want to do it right, and I wanted to have a launch for the party for us moving to the new station. So I spoke to Puffy about it. He was with it, and Biggie was with it, so we brought over Biggie, Craig Mack, Lil’ Cease and Puffy. They came over and hung out on the show that weekend – the Friday and Saturday – and we did the live show on the Sunday at the Hammersmith Palais, a venue which sadly ain’t no more. That was us – we had a great time. They hung out on the show for the full length of time – there was a lot of freestyling, lot of callers. People smoking weed, popping champagne and just getting turnt up. The callers, the freestyles, just talking, it was great. Craig Mack, Biggie and Puffy – that was us, that’s what we did.

After that, I used to still see Biggie up in New York, but I’d see him less and less. The bigger he got, the less he hung out, and he was more busy.

Tim Westwood: He definitely had humor and fun about him, but I just think his charisma outshone everything. His presence was just awesome. He’d walk into the room and just dominate. And dominate not simply by being loud, but his charisma was so strong. It felt like when he was in the room, everyone was paying attention to him. In those days, they called him the illest. He was definitely the illest. His being there, the whole vibe.

HipHopDX: When did you begin to feel that B.I.G. wasn’t just another rapper from New York and that he was really going to blow up huge? What was unique about him? How were his records different from what went before?

Tim Westwood: His first album [Ready to Die]. It defined Hip Hop at that time. What he was rhyming about, making records for the club. Up until then it was all about Wu-Tang – they were dominating New York and dominating Hip Hop. He took it from that grimy, dusted, hardcore, Timberlands thing and started talking about women, designer brands, Versace. He was talking about things people wanted to hear.

HipHopDX: Tell me more about that famous show at the Hammersmith Palais in March ’95 in London, with Biggie, Puff and Craig Mack.

Tim Westwood: I remember up at the radio station I used to get a chef in and he would cook jerk chicken and fish in the back. That weekend there were champagne corks popping, everyone was smoking blunts. Everyone was just vibing on the mic – it was just a magical moment. There was people phoning in, it was hilarious. That was some of the best radio I ever did, man. It was just so much fun. Then they just came through and did the show. We recorded it and the audio of them onstage performing is amazing – it sounds like an album.

It was a blessed era, and I was blessed to live through it. It was an era when The Tunnel was ringing off, and in the UK we had The Temple, that was the equivalent type of party, the hood party where it was just crazy beyond belief. It was a massive North London club that nobody could really fill. But we were in there with Hip Hop and we were there forever. One time, I remember Biggie was on tour with R. Kelly in the UK. We were hanging backstage with him at the London show at Wembley. When he did his show up in Birmingham, Biggie finished on stage and they drove back to London to come and hang out at The Temple.

HipHopDX: Did you witness any of the Bad Boy/Death Row drama first hand?

Tim Westwood: Snoop was in New York doing the video shoot for “New York, New York” and the video shoot in Brooklyn had got shot up. So they were all heated and they wanted to come on air and address it. So they came up to Hot 97, they were banging on the doors. At night time, you could be the only motherfucker in that station – you could be up there in the building literally on your own. Flex didn’t answer the door. He was right to. Nobody really wanted to answer the door. I mean, Snoop’s the coolest, but Suge Knight never was. Not many people felt comfortable around Suge. Even though he wasn’t a big guy, he had a menace that people weren’t really feeling. It was such a different era, man.

HipHopDX: What are your memories of when B.I.G. was murdered?

HipHopDX: 20 years after he died, what is The Notorious B.I.G.’s legacy?

Tim Westwood: If 2Pac and Biggie were alive today, they’d be the living legends in the way that Jay Z and Nas are now. Biggie and 2Pac defined Hip Hop and they created a style and put it in the club which, to this day, we’re living off of. His legacy is Jay Z in my mind. Biggie was definitely the originator of that whole vibe.

Don’t get me wrong – Hip Hop has gone through a million different transformations and there’s been so much creativity since, but Biggie and ‘Pac defined it. That’s why people still hold them close. I think in a lot of ways young people still discover them and can really relate to Biggie and what he means. But for people who were around at the time such as myself, it especially connected. Your love of Hip Hop is built around what people such as Biggie did.

To mark the 20th anniversary of The Notorious B.I.G.’s passing, all of Tim Westwood’s archive material that features Notorious BIG – including videos, freestyles, interviews and live performances – will be uploaded to Tim Westwood TV as part of its weekly Throwback Thursday feature: Youtube.com/TimWestwoodTV