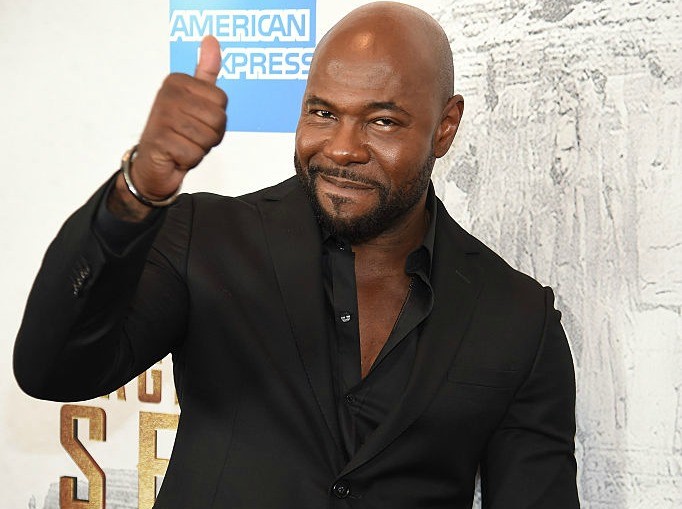 Antoine Fuqua Could Absolutely See A Rapper In The Scarface Remake

After killing the box office together to a tune of nearly $200 million with 2014’s The Equalizer, Denzel Washington and director Antoine Fuqua have reunited once again post-Training Day for The Magnificent Seven. It’s a potent update to the 1960 classic, complete with dynamite explosions and enough horse stunts to give PETA a panic attack within the first few scenes.

HipHopDX can attest to the film’s entertainment value ranking high on the saloon scale, thanks to the intelligent banter from supporting cast members, Chris Pratt and Vincent D’Onofrio, recently of Jurassic World fame and fellow Training Day alum, Ethan Hawke, not to mention the engaging battle scenes.

We’re also living in a world where Hollywood reboots such as Ghostbusters, Stephen King’s It and Jumanji are being passed off as new gospel and DX caught up with Mr. Fuqua in the midst of Mag 7’s release to get his take on the widespread practice in Tinseltown.

Which brings us to the potential future that Fuqua, 50, could be boldly following Al Pacino and Brian De Palma into the cult classic terrority with the recently announced talks of a Scarface remake.

Peep how he breaks it all down.

HipHopDX: I want to ask your personal opinion on the Hollywood remake. It always appears movie studios are quick to green light them while social media is quick to slam them, but at the same time, they always make money. What’s the over and under for when something should be remade and when should they should be left alone?

Antoine Fuqua: Well you know man, Hollywood is a business. When they remake a movie, Hollywood is remaking a moving off the intellectual property (IP) they own they feel that’s going to make some money. It’s what they feel is going to make some money. As a filmmaker, we accept a job and our job is trying to make it different and entertaining enough and make it our own. No idea is new under the sun. And sometimes people put so much emphasis on that … and with respect. Obviously, Magnificent Seven has a lot of love but people remember Magnificent 7 wasn’t a success when it came out. [John] Sturges’ film wasn’t a big hit.

The nostalgia of those films is about really where you were in life. I saw Magnificent Seven with my grandma when I was twelve so it has a special place in my heart because of her. And I saw Steve McQueen and Yul Brynner take on racism in the beginning scene with the Native Americans being buried in the graveyard. And fighting for the Mexicans. People would always say to me, “Oh that my’s father’s favorite movie or my granddad’s favorite movie,” and normally, it’s people in past tense, who have left and are no longer here with us. So with respect to all of that and my own personal relationship with it, I go into with respect. But as far as people slamming [remakes], people just as far as people slamming it, people just do what they want to do in the dark and have something negative to say.

But if you want to put perspective on it, Sturges’ movie was a remake of Akira Kurosawa’s Seven Samurai. So some people don’t even know that and they talking about remaking Scarface, which was also a remake! So on and on and on, remake or reenvisions happen over time. And you just have to make it relative to your time and resonate with today’s audience, which I feel my job is.

Stories have always been told since the beginning of time. Most stories can be found in the Bible. Are we remaking the Bible every time we tell a story? Some stories are worth retelling. This particular one, it’s seven men coming together for people who can’t help themselves. It’s the same concept of anti-bullying or anti-terrorism. The point of the story is self-sacrifice for something greater than yourself. So I appreciate and respect everyone’s opinions man, but at the end of the day, if the story is worth telling and you can tell it in a way’s that’s unique, then you should if you have a vision for it. If it’s going to do money and do good business — because it is a business — then you should!

HipHopDX: You guys did a good job of recreating that image as well. Was there a challenge with today’s futuristic audience going back to the days of cowboys and horses? You guys did put strategy and dynamite in the movie but besides that, there was only so much you could do with the time frame the film is set in.

Antoine Fuqua: Yeah, [it was a] big time challenge because like you said, you’re limited to certain things. But it was kind of fun to go back to some basics. You ask yourself, what is guerilla warfare? That’s kind of interesting when you don’t have any technology for those times, what would that look like? And that’s where I was coming from. We’re seeing it now with the warfare we’re fighting today. People are using whatever tools they have on the battlefield. As a director, I thought about that. Our seven guys are up against the odds and what do they have that can use to expose the bad guys’ weakness?

HipHopDX: After the tumbleweeds clear for Magnificent 7 and everything, you are moving on to Scarface correct? You know that’s like Hip Hop’s favorite movie.

Antoine Fuqua: [Laughs] Yeah, I know. I’m having real conversations about it. It’s something I’m talking about doing right now. I would like to do it honestly man; at one point I was hesitant. But again, when I read the script, even on that one, it’s all about is it relevant today? Does it speak to today? And it does! This cat comes up in Mexico. He’s not Cuban [like Al Pacino’s 1983 character]. And it’s pretty hardcore.

HipHopDX: That’s how it should be.

Antoine Fuqua: Right? Because you dealing with El Chapo and everyone else, it’s a different world now. That’s where they’re coming from. And it touches on a more modern day, not just gangsterism but how everything moves now on the streets. How money moves now. The Scarface [from 1983], he couldn’t survive today. We saw that. The Pablos came and went. El Chapo is about to go. So what’s next?

HipHopDX: Could you see a rapper playing that role?

Antoine Fuqua: I’ll say never to anything. If somebody come in the room and they have what it takes and they got the right skill set and presence to do that, then why not? I believe in those kind of movies. You gotta be raw. You gotta be a fuckin’ animal, man. You gotta be highly intelligent but you gotta be an animal. Now Scarface was an animal. He was a fuckin’ beast. Period. So that’s how I see that. It’s gotta be somebody that young people connect to because Scarface was all about taking the dream. You can’t wait for somebody to give it to you.

The Magnificent Seven is currently in theaters. Cop your tickets before you head out to avoid the rush.