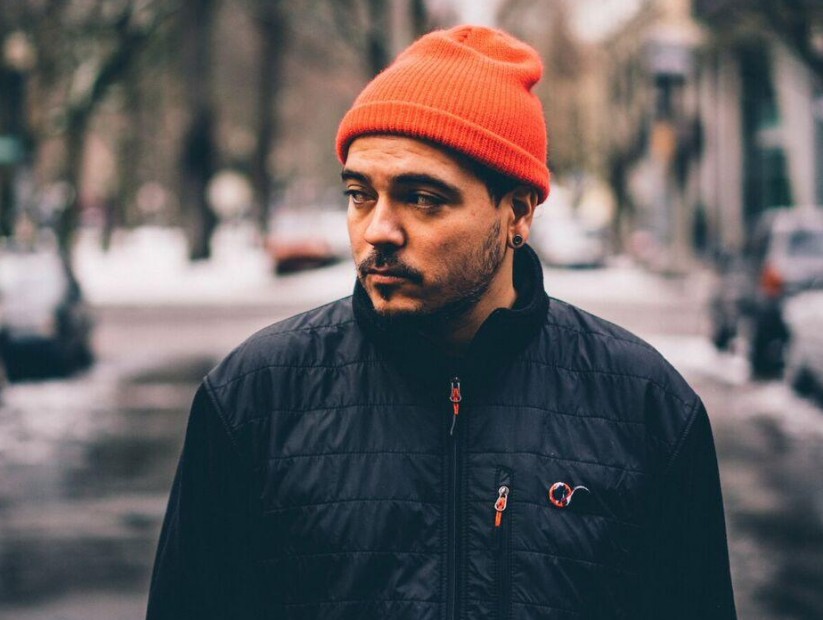 Several years have passed since Onry Ozzborn dropped his last solo project Hold on For Dear Life. One of Northwest Hip Hop’s key individuals had to be extremely busy balancing roles with one-half of Rhymesayers duo Grayskul and psych-pop collective Dark Time Sunshine. Travelling the world and touring alongside peers ranging from Atmosphere to AESOP Rock probably doesn’t hurt either. Even when creating his next solo project Duo, he still can’t get enough of collaborating. Each of the project’s 16 tracks features a guest appearance stretching Onry’s artistic abilities. Dropping March 25, Duo has the Seattle rapper taking the driver’s seat on a journey with many co-stars.

Taking some time out for an interview with HipHopDX, Onry discusses the process of putting together Duo, the film component and update on next Grayskul album.

The Idea for Duo Came Randomly

“I started working on music randomly early 2010, gathering a bunch of instrumentals. I didn’t have much of a plan or anything. It was the first time me doing that so, I’d put a verse on a beat and leave it there. I ended up doing that for six or seven beats. Then I’d hear so-and-so on this song or that and would send it to them. They’d send it back and next thing you know, I have like seven songs. Each one had one person on it. Then I just thought to do a duet album and it eventually evolved into Duo.”

Being Particular About Each Guest

“Really, this last couple year and a half, once I got the idea and sniffed everything out, I didn’t have a plan of guest I wanted. I just let the music tell me who should be on what. When I reached out to people, they loved the idea and everything. I’ve been friends with everyone on the album for a while now just through touring and making music with them over the years.”

Creating A Film Component To Duo

“Making the film was the best part. I have a thirteen-minute film that accompanies the album. It’s pretty cool because everyone who is on the album is in it except like three people. That was done purposely because I’m the album out on film earlier than the actual album. Then the full-length vinyl following that. After that, I’m putting out the cassette tape. Each release is going to be exclusive and different. Even for digital as well.”

“It’s thriving and doing well. It’s a lot of talent who tend to support their own really well. A lot of times, local shows will do better than outer towners coming in. It’s been pretty strong I think. It’s a powerhouse like L.A. and New York now. My group Grayskul we signed to Rhymesayers in 2003 which set some stuff off, Macklemore blowing up set attention there, The Seahawks winning the Superbowl. Seattle is just on fire right now.”

“JFK is working on a solo project and I’m working Duo through the year. I don’t think we’re worrying about putting out anything until next year. We’re chilling on Grayskul right now until we regroup or whatever after these projects are done.”

“Being in the game for twenty years is amazing, especially as an independent label. Rhymesayers is incredible that they’ve been able to maintain the quality and uniqueness they put out. They keep breaking ground with different stuff and artists. There was a time where it seemed like they only pushed one type of music, but now they’ve pushed down those walls as well messing with everybody. I think they’re going to get like bigger and bigger. They’ll probably end up being around for another twenty years or so.”