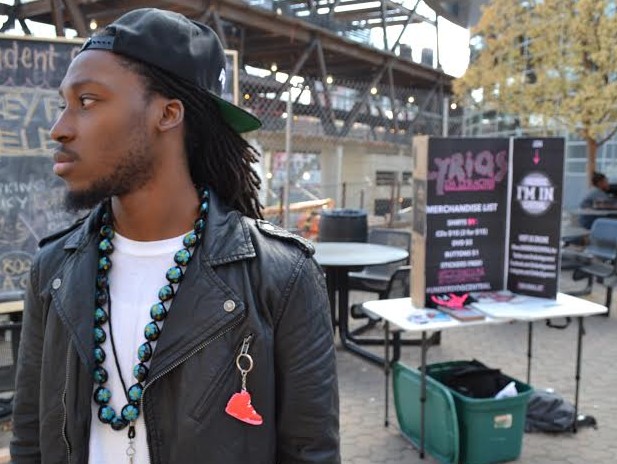 Up NeXt By DX: Alfred Banks

Former HipHopDX Features Editor Andre Grant said in his “Defense Of The Struggle Rapper” editorial, “Out of all the things the Hip Hop web has vilified, the “struggle rapper” might be the least deserving of all that ridicule.” Before Kendrick Lamar became big enough for Barack Obama to sing his praises or Drake found himself making deals with Apple, they were artists without a significantly large fanbase attempting what seemed like the impossible. Hitting the top of the charts became a distant goal to making past one hundred streams of a song possibly made within the confines of their bedroom walls and gaining likes, re-post or anything else that would reach someone. Providing a weekly outlet for those getting their feet wet in the sometimes brutal sport of Hip Hop, allow us to provide readers a look into tomorrow’s possibilities through “Up Next.”

“The first time I heard Lupe Fiasco’s Food & Liquor. That made me wanna rap.”

Having A Shot At Rap Stardom

“I believe I have a shot at stardom. I have the music, the work ethic and a great producer in CZA. So, Things should change in the coming years. Trust.”

Upcoming Project(s) In The Works

My new EP A Beautiful Prelude Drops March 20th & my album The Beautiful drops in May.