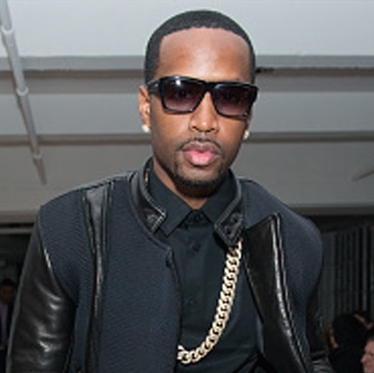 Safaree Samuels Is Finally Taking The Right Steps In Building A Solo Career With “It Is What It Is Vol.2”

Watching romantic fallouts on social media is almost a regular occurrence for the Internet obsessed millennial generation. Some could call it similar to a spectator’s sport. If anyone understands that completely, it’s Safaree Samuels. Of course, the media frenzy around his breakup with Nicki Minaj in late 2014 was more than just several likes and comments on Facebook posts between friends, family or close associates. These things happen. That’s life. In his case, the world was watching. Two people who were once in love break-up is heartbreakingly shocking for some and entertaining for others. While some feel disappointed in petty back-and-forth, others laugh in enjoyment. Then there are outsiders choosing sides and further adding fuel to the fire. Moving on seems literally impossible until it eventually happens.

The man who once just went by just SB found himself in that exact predicament. Having trouble moving on personally and professionally as an artist himself sounds like a monstrous task. Some time later, he’s pressed forward despite the obvious questions that are essentially required in interviews of this type like a necessary evil. Things have changed for the better, though. The confidence is there and he’s come to terms with events. Hence, the release of It Is What It Is Vol.1 in April last year before closing out 2015 with It Is What It Is Vol.2. Thankfully, the music does a good job of displaying an artist finally building momentum in his rebranding. Taking a stop at the DXHQ, Safaree talks about the difficulties in moving past feelings of defeat and even looks back into happier days with Minaj.

“It Is What It Is Vol.2” Was A Project About Covering All Aspects Of Safaree

“It’s my second solo project. I spent about six or seven months working on it. I put out my first one in April of last year. For the first one, since I felt it was an introduction, I did a lot of freestyles and a couple original tracks. For this one, I wanted to do all original music and cover all aspects of me being a Jamaican; covering the whole West Indian vibe. Just the whole relationship aspect and stuff like that. I just put it all on wax. That’s what this is”

“It can be [difficult] at times when I’m just solo, looking around my surroundings and seeing the change. Sometimes you sit there and think, ‘this is a lot different.’ For the most part, I don’t know. The way my mom raised me, you deal with shit and just keep on moving. I can’t sit and dwell on it because you’ll drive yourself crazy. I got that strength from my mother and I pray a lot. I had a lot of time to go to church. I haven’t been to church in a while. I started going to church to get myself closer to God, focus on myself and refocus everything. Once you got some time to do at the end of your journey and goal, it makes coming out of that situation just a lot easier.”

On Harsh Criticism Of His Music

“You have to keep on moving and doing it because a lot of people who are hot now, they weren’t always well received. It just comes with the territory.”

“I don’t think [being blackballed] exists because I’m still doing what I want to do. I’m still making music, making videos and still traveling. I was just in London last week. Shout out to Tim Westwood. I was doing radio out there. I’m still doing me.”

“Of course, everything is a learning experience. Just being around that much greatness. There’s no way you can be around it and pick up a few things. It’s kind of second nature for me to learn as I went. Now I can implement that in my journey.”

“Cash Money in my opinion is the most legendary label to have ever done this. No matter what has happened or what’s going on now, it’s for a moment. Nothing last forever. The greatness that they did is going to keep happening. It’s all good. I’m alive. Ain’t nobody fighting or doing anything crazy. We’re all adults. It’s no beef or nothing like that.”

Getting Respect From Charlamagne Tha God

“The thing with Charlamagne that people don’t know is that I know him. When me and him speak and when he does his interviews, he comes how he comes. He always keeps it real. He keeps it brutally and bluntly honest. You can’t get mad at him for that. He’s not a dick rider.”

“Yeah, it’s cool to hear that but at the end of the day, I care more about how I feel about my music and the people who support my shit. I sell autographed CDs from my pages and shit. The places that I’m sending them out to are places I’ve never been. I’ve never been to the Netherlands, I’ve been to Australia. I’m putting in zip codes to places that I don’t even know how they can pay attention.”

Feeling Defeated At One Point

“Hell yeah. There were a lot of times where I would feel like ‘yo man I have to figure some shit out because I don’t know if I can do this anymore.’ That’s some real shit. I’m human. We’re all human. The biggest stars in the world sometimes feel defeated. It’s all about how strong you are to deal with shit if it’s true or not. Also, it’s about making sure you have the right people around you. That’s one reason why I don’t like to roll around with a whole bunch of people. Sometimes all those different energies and ones without good intentions can mess up your energy. I just try to stay away from that. You see me in passing, that’s cool, but everyone is looking for something. Everyone is out for that come-up and up for that Instagram shout-out. You just got to know who’s real. And, I’m not saying everyone is like that, but there are some people who are real and some who aren’t.”

Watching The Recording Of “Monster” Was His Best Studio Memory

“Probably being in Hawaii with Kanye West and ‘Monster’ being done. That was ill because looking back at it, there were only a couple of people in the room. Millions of people went to hear it and it became such a big thing. It led to so many arguments and disputes. It’s crazy to be one of the only people there when it was just a beat. I’d definitely say being there when it happened. Who would have known it’d become a huge deal? It was ill because I remember when the beat didn’t even sound like that. Like he had added stuff to it. That’s Kanye, he’ll hear something and add something to it to beef it up. That was a dope experience.”