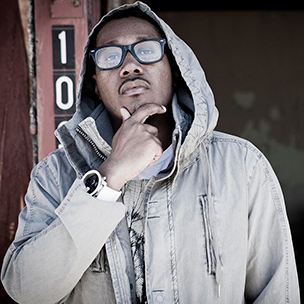 By now, even those who don’t closely follow the comings and goings of the music industry know the gloomy statistics. According to Nielsen Entertainment and Billboard magazine’s “Mid-Year Music Industry Report,” single and album sales were down 4.6% during the first half of the year versus the first six months of 2012. With impressive first-week numbers from Jay Z, Drake and Eminem that stat could possibly improve when the year-end numbers are tallied. But what about the artists who don’t have the benefit of Universal Music Group or Samsung’s willingness to slice a meager $20 million from their $4.6 billion ad budget to pre-purchase an album? In 2013—when an artist’s whole catalogue can be streamed on Spotify and similar services—what is a physical album even worth?

“I don’t know,” Detroit emcee Elzhi answered, when posed a similar question. “It’s very different from how it was back in the day when Illmatic or ‘Dead Presidents’ dropped.” As of 9:00 am on November 27, 2013 the very idea of a physical album is worth $16,037. That’s the amount users have pledged via his Kickstarter page to fund his new album. With nine days remaining until his December 6 deadline, Elzhi shared a few details about what inspired him to essentially opt for a fan-funded album instead of re-upping with another major label or releasing a free mixtape.

HipHopDX: We’re just about two weeks shy of your Kickstarter deadline for your upcoming album. When did you come up with this idea as a means of funding the project?

Elzhi: Me and my management were talking about it. We thought about ways to promote the album and at the same time, get the people who enjoy the music that I make a chance to be a part of the experience. So we decided to go that route, and we thought Kickstarter would be the perfect place to do that. We have an independent label, and it seemed like the best way to go.

DX: So had you already started the process of recording specific tracks for this album when you guys made that decision?

Elzhi: Yeah, we had already started the process of recording the album. But I’m recording daily all the time, so it was just an idea. When I first found out about Kickstarter, it was through the video game world. I’d first heard of Kickstarter through this guy named Tim Schafer from the company Double Fine, and I was like, “Man, that might be dope.” My manager found out about it on his own, and then we just decided to do it.

DX: You mentioned wanting to keep things independent, the video for your Kickstarter references labels that wanted you to compromise your vision. What were you running into during those discussions?

Elzhi: We just had a vision, and I don’t want to put too much of the business out there. I’ll say that in today’s time and Internet Age, it allows anybody to have a platform to be able to do what they want to do. And I’ve always been the type of person to want to do things my way without too much compromise—unless it has to do with the team. But, other than that, I want to keep my music authentic and real. So I figured the best way to do that is to do it myself with the music I pick to write over and the way I want to promote my music and my look. So I’m just going to do it myself with my team.

DX: I know you’re keeping things under wraps, but looking at your Kickstarter page, you’ve got a nice aesthetic with the grenade and the handgun. What can you tell us about that?

Elzhi: Yeah, that has something to do with the album title—which we’re not gonna give away just yet. But the “brain-gun” and all that just symbolizes mind power and taking your creativity and intelligence to the next level. Whatever you do—be it music or wearing a business suit—it represents mind power for anybody. If you’re a kid on the corner or whatever, I’m just trying to represent that movement. I wouldn’t call it conscious music, but it’s definitely not unconscious music. It’s all about using your mind and being smart.

DX: Given the state of the industry—with the market being so oversaturated with both retail albums and free projects—how important is an actual album in 2013?

Elzhi: I don’t know. For me, I think when people put out free stuff…not to say that their free stuff doesn’t have a certain quality to it, because it does. But I feel like an album is a piece of work. It’s almost like chapters in your life that you have bottled up, captured and put in audio form. So I have a lot of work that I’ve done through the eras and chapters of my life. When I was going through a few things, it’s chapters that I have that capture the energy from that time. And those are way different from who I am and how I feel today. When you put together a project, that’s you channeling that energy.

So it’s very different from how it was back in the day when Illmatic or “Dead Presidents” dropped. I can’t really say this for the kids growing up today on the Internet Age, but for me, an album is your stamp. It’s your claim as the best representation of the kind of music you make.

DX: As far as your personal experience, you’ve done mostly retail projects, but “Elmatic” was free. How does your approach differ with each type of project?

Elzhi: Well, Elmatic was different. When I did “Elmatic,” I was paying homage to Illmatic, and I was approaching it like an album. My manager and I had the conversation like, “Man, is it really a mixtape or is it an album?” I always took the stand on it being a mixtape, because it was paying homage to an album. But some people can look at it as being an album—from the energy spent putting it together, the live production and the way the songs were written. That was me paying homage to a classic, and I put that energy into that particular project like it was an album, but it was a mixtape.

DX: True. You mentioned the type of music you make, and you’ve gotten very intricate with songs like “Colors” and “D.E.M.O.N.S.” Are you interested in or are you courting any type of mainstream recognition given that your product isn’t watered down for mass consumption?

Elzhi: If it has crossover appeal, then that’s what it is. But I’m not really shooting for that. I’m just shooting to make good music first, and I don’t really have any expectations for where my music can go. I’m not really trying to shoot for this kind of success or that kind of success. I’m just trying to make great music, and if it reaches the masses, so be it. I’m not gonna stop it, but I’m not trying to compromise my integrity or my ear to do something that’s not what I’m about. First and foremost, the music is the most important thing to me. It’s all about making something that I consider classic or will hopefully be considered a classic one day.

DX: We’ve talked about your growth and the different things you go through. What about the business side? What have you learned as you take more control of your own business dealings?

Elzhi: Man… One of the things is just to make sure you’ve got a tight team behind you. Make sure the people in your circle are there for you the way you’re there for them. Make sure you handle things as smart as possible. Make sure a lawyer is looking over your paperwork and everything. The last few years have been low-key kind of crazy. When you hear a song like “Pressure,” that’s real. I went through a time period in my life where it was kind of wild, but I bounced back from that. But a lot of that had to do with me not peeping my surroundings like I was supposed to. So I would just say that I’m more alert and cautious…just being way more smart than I was before in terms of the company I keep and the business moves I make.

DX: That’s good advice. This is a bit off topic, but given your battle background and time in places like the Hip Hop Shop, what do you make of the current battle scene?

Elzhi: I think it’s great for the culture, man. You’ve got the battle arenas like URL and dudes who are actually making money coming up with the most clever, intelligent bars. I just think that’s dope. It’s not the same as the Hip Hop Shop, because nine times out of 10, everyone that was there at the open mic was really freestyling off the top of their head. Just to be around that was a great look, and just to be around it was… It was a situation where you could be a part of it and make a name for yourself in the city. With these Internet battles, you can make your name around the world and you can make money, so I think it’s a good look.

For more information on Elzhis upcoming project or to donate visit, http://www.kickstarter.com/projects/elzhi/elzhis-new-album.