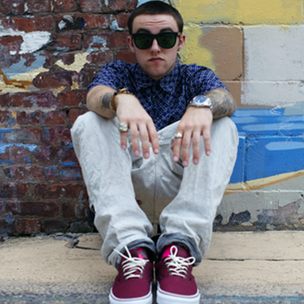 Mac Miller Declares That His Fans Will Decide If He Ever Goes To A Major Label, Confirms Work With Q-Tip

During the Midwest leg of his Blue Slide Park Tour, Mac Miller’s journey itself was an explanation of why it was difficult to find standing room at the Columbus, Ohio stop on his long journey across the country.

“Thumbs Up” has become a movement like no other, however Mac’s wallet hasn’t always made his career decisions. When discussing his future plans as a Hip Hop artist, Mac illustrates why “Thumbs Up” is a true movement.

“It’s really up to my fans,” he said. “I feel like you have to get a grassroots and a foundation before you really jump into that major status.”

As one of the artists on the forefront of the independent movement, Mac Miller remarks on the possibility of signing a major deal, expectations of Blue Slide Park, his favorite hip-hop music and announces a collaboration possibility with Q-Tip.

HipHopDX: What should we be expecting out of Blue Slide Park?

Mac Miller: Just good music, man I don’t think fans should really expect anything. I just want them to kind of listen, you know? I think that expectations ruin albums because you expect artists to this and they do that and you expect them to do that and they do this and you go in listening expecting something and if it’s not what you expect, all of the sudden it’s not good to you. I just think that the most important thing when listening to any project, not just mine, is for people to learn to just go in with an open mind and not what they want it to be but just listen to what it is. 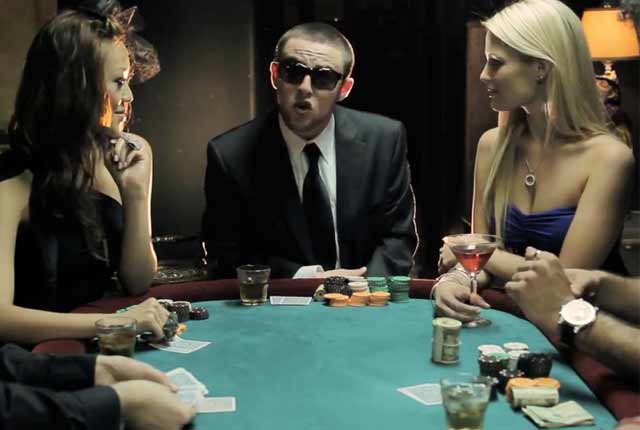 DX: Will Blue Slide Park be something similar to past Mac Miller projects or something new?

Mac Miller: I mean it’s going to be me. It’s going to be a little bit of everything that brought me here today plus what I feel is the next step so it’s all about growing and making music and having fun with it you know I don’t really worry about what I did before or what people want from me. I just kind of make music that I want to make.

DX: How big would it be to go platinum as an independent artist if you could ever achieve that?

Mac Miller: That would be, I mean I don’t see myself doing that but if I do that, like Jesus, man, I mean come on, dude that’s like next level shit because it’s hard. You can’t go platinum without like big radio songs and touching people that simple rapping doesn’t do but I mean it’s just dope to me to be selling any records generally you know? I’m blessed to do anything independently but yeah, man, I just want to see how big we can take it and I like staying the independent route. I like earning everything I get and I like feeling very accomplished every time something happens.

DX: Would you ever consider signing a major deal?

Mac Miller: I think at some point in my career, yeah man because I think it’s just like a certain step to take but maybe not. It all depends like if we’re like, if no one’s ever done anything like this independently so if we do pull it off, then fuck a major you know what I’m saying? We don’t need one. But you know at the end of the day we’ll see what we can do. If it’s actually impossible to hit platinum record’s iconic status independently, then I’m going to have to go to a major at some point but I really hope that I can do it independently. It’s really up to my fans. I am going to work as hard as I can to push this thing forward but it’s up to my fans or my street team. If they want to go tell their friends about me and get their friends to become fans then maybe we can do it all independently.

DX: You love Big L’s Lifestylez ov da Poor and Dangerous but what is your favorite joint on it?

Mac Miller: I would say “Street Struck.” It’s gotta be my jam on there. “All Black” is also a good ass song and “The Graveyard.”

DX: Yeah that’s got Jay on there.

Mac Miller: Yeah [Jay-Z]’s on there but yeah those are my favorite jams but obviously “Put It On” is the joint and The Big Picture is also phenomenal too. Like “The [Big Picture] Intro” to The Big Picture is one of the illist shits of all time like that beat. I was talking to [DJ Premier] and I was like, “Dude I’ve been like looking since I was 15 years old trying to find that beat,” so I’ve been trying to get it off him.

DX: What would you say is your top five albums of all time?

Mac Miller: It’s hard for me to pick, you know what I’m saying? But if I had to just pick five albums real quick because I mean it depends on how I’m feeling one day. One day it could be these five or another it could be these five but if we were just talking about five Hip Hop albums of all-time, in no order, I would just say [Big L’s] Lifestylez, [Notorious B.I.G.’s] Ready To Die, [Nas‘] Illmatic, [Outkast‘s] Aquemini and [A Tribe Called Quest‘s] Midnight Marauders.

DX: That’s a top five of a lot of people. [Laughs]

DX: Who would be someone you’d like to work with, old or new, that you haven’t hit the studio with yet?

Mac Miller: Andre 3000 without a doubt, he’s just dope. Nelly Furtado because I think that would be cool and Missy Elliot. I already have some stuff in the works with Q-Tip, which he is like one of my favorites of all time you know Tribe is like, that is my soundtrack to my life you know? 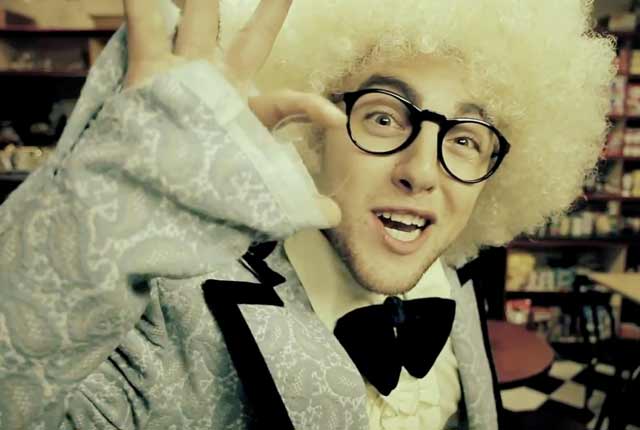 DX: What do you think about the independent movement for everyone getting it independently?

Mac Miller: I think that certain steps would have to be taken for independent artists before you go to a major like how I feel is you’re just way better off doing a bunch of shit independently before you go to major label status because there’s just certain things that majors can’t do for you, which is like get you started. I mean I guess they could. I don’t know how it all works but I feel like you have to get a grassroots and a foundation before you really jump into that major status. But I would just like to see a bunch of independent artists just get it and go all independent.

DX: When you were just starting out having dreams of getting big, was this always the route you were going to take?

Mac Miller: When I was younger, I didn’t think it was possible to get this far independently. My dream was always to sign to a major and be a huge star but I always knew that I was supposed to be here doing this and being as big on this level as possible. It’s just dope to see us all doing it like this and just see us all doing it with the team and I would have never thought we could have done this without a major. I didn’t think that that was possible. When I was younger I was like, “Man who am I going to sign with? I’m going to sign with Def Jam, yeah.” But now I know that independent is possible.