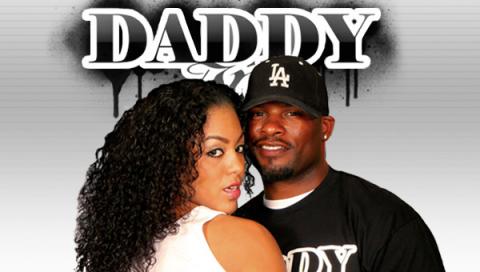 Come May, you should be able to walk into a bookstore and pick up a Mr. Marcus book. St. Martins Press, the publishing house, clearly was enamored with the man who has had sex on camera for a living for more than a decade. For pay, at that.

Within Hip Hop, of course, Mr. Marcus is known for other exploits. Namely, his scenes with author and pseudo-celebrity Karrine Steffans – back when she was an adult newcomer, Honey – were watched widely and even repackaged and resold on DVD.

HipHopDX: What’s the status on your upcoming book?
Mr. Marcus: The book is done. I’ve had some issues with the illustrations. At first, they wanted me to do these photos and I was all down to do them, but to be honest with you, the Superhead book [Confessions of A Video Vixen by Karrine Steffans] came out, right? She got a lot of attention because of the illustrations. The [readers] were discussing those illustrations because the illustrations were explicit. I went to my publisher and I said, “Yo, why don’t we do illustrations for this book?” They loved the idea. To find the right artist, it was a headache. When we did find the right artist, the guy wanted way too much money and he was being really difficult. But we finally got somebody now. As far as the illustrations, they look pretty good. But now they’re saying the [illustrations] are too explicit. [Laughs] Now we gotta go back in there and change them, water it down a little bit.

DX: Let’s talk about about books for a second. You’re an avid reader, which is not something that people would typically associate with a porn star. What are some of your favorites or more recent reads?
Mr. Marcus: You know what I just finished reading? The Outliers by Malcolm Gladwell. That was pretty good. It talks about how our history, our legacy, our family history, our environment plays a part in our success. Things that become repetitious. The big thing in there is that 25,000 hours is what it takes to be considered a professional, or an expert at something. So I was reading the book and I was thinking, “Shit, I think I’ve got about 25,000 hours of fuckin’ in, at least.” It adds up after a while. If I had to apply that type of thinking to what I was doing, you look at Tiger Woods, Michael Jordan, all the cats that spend a large amount of time doing one specific thing, over and over again, yeah. That’s what I got out of it. I like biographies [and autobiographies]. Sidney Poitier’s The Measure Of A Man, I liked that. That was pretty good. I read about Virgin Airlines [founder] Richard Branson. He describes how he became more of a free spirit. I read a book about P. Diddy, but it wasn’t written by him, it was written about him. It wasn’t well-written, but it gave you a little insight. It was biased; I don’t like anything that’s written with a slant. I don’t want anyone’s opinions coming out in the book, I just want the facts.

DX: Were you always a reader, or did the habit increase when you started making money?
Mr. Marcus: Nah, I was always a reader. You know, I just read the newspaper yesterday, and I hadn’t read the newspaper in a while, ’cause I read everything online. Reading the newspaper, it was [sighing], every single story I found interesting. Even if they were world news – which a lot of us skip over – it grabbed my attention. The world at large. The theory is that these stories help you apply things to your life, your story, your environment. But yeah, I’ve always been a reader since I was a kid. Newspapers, that’s where it started.

DX: The first time we met was at the Too Short show at Blue Moon. Can you shed some light on the complicated relationship that porn and Hip Hop has or does have?
Mr. Marcus: I think the [relation] always began with 2Pac. A lot of people don’t know that, but he was the first guy to approach [the] adult [industry], openly. He went to Ron Hightower and did the video to “How Do U Want It,” which is by far a classic. And he put in Nina Hartley and Heather Hunter. I went to that set; I was working with Ron Hightower a lot at that time. I think, for me, that was the first time I saw that. Ron Hightower, he had The Geto Boys hangin’ out at his house. He did his music video for 2Pac. A lot of the east coast rappers, when they came to town, they would hang out with Ron. They knew that Ron shot black porn, and would have girls there. That was the first time I saw the marriage of the two. It didn’t dawn on me. I was just like, “Wow, we’re cool enough to where these guys want to hang with us?”