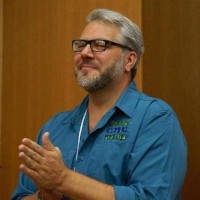 Since the early ’90s, Jermaine Dupri has never been out of business. Whether dancing, rapping, producing or running boutique labels to the most powerful imprints of the past and future, JD remains at the top of his game with an inventive ear and a groundbreaking business acumen.

Now with his TAG Records shattering the status-quo, the face of So So Def takes it one step further. HipHopDX pauses to revisit the makings of a man that made so many classics both in the background and foreground. With corporations investing in urban music at a crippling time too, Dupri provides the answers to keep the culture forward-moving, and remind us to be patient. The game don’t wait, but as he carries the torch, Jermaine Dupri reminds us that he hasn’t forgot where it comes from, and you can trust him.

HipHopDX: I read that your first big performance was dancing with Diana Ross when you were nine years old. How crazy was that?

Jermaine Dupri: Yeah, I guess that