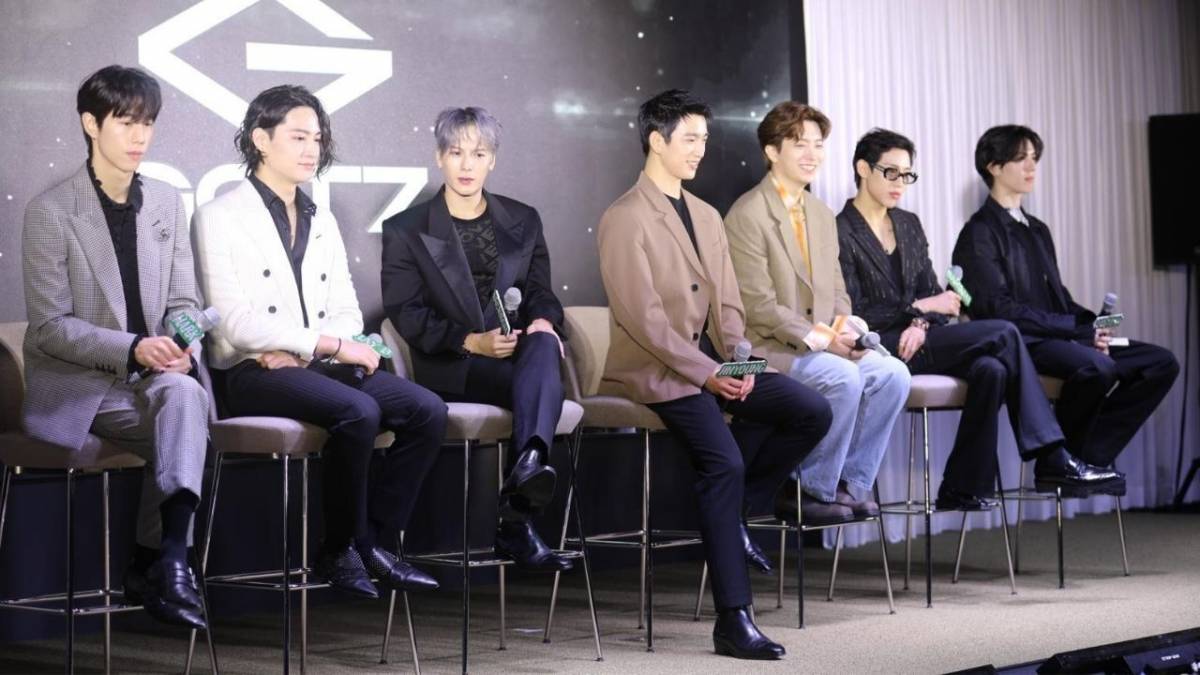 GOT7 On Comeback Self-Titled EP: ‘It Wasn’t Easy But It Finally Happened’

Come and get it! GOT7 is here.

After more than a year of a break as a group, globally renowned South Korean group GOT7 finally releases their self-titled comeback EP, along with the premiere of the music video for the focus single, “NANANA.” This record is their first project as a group since departing from JYP Entertainment in 2021.

GOT7 is their first physical release since their fourth studio album from 2020, Breath of Love: Last Piece, and their first release altogether since the 2020 single, “Encore.”

While on hiatus, JAY B, Mark Tuan, Jackson Wang, Jinyoung, Youngjae, BamBam, and Yugyeom have remained busy with solo activities, with members honing in on their R&B, pop, and hip hop-oriented sound, alongside other creative endeavors.

Last May 18, the group gave fans a preview of the songs from the EP with a ‘highlight medley,’ hinting at a more matured songwriting and more pronounced hip hop and R&B influences.

“It was a great time. It’s been a while and I missed seeing the fans, so it was good to see them,” Wang said during a press conference earlier today. Fans were treated to live performances of “NANANA” and the accompanying B-side track, “Don’t Leave Me Alone.”

Wang, who heads his own company, Team Wang, and self-founded musical group PANTHEPACK, says: “I missed our fans. Warner Music worked really hard as well, and the management. It wasn’t easy, but I’m so happy that it finally happened.”

On the concept of the album, “It’s a construction theme. Representing a new house, a new beginning of us,” Thai member BamBam said.

True to this, the lead single “NANANA”—written and produced by JAY B—premiered with a vibrant and futuristic house-themed music video that fellow member Jinyoung also described as “Marvel-like.” “When we first saw it, it was without the CGI, so this is nice and fresh,” eldest member Tuan added.

On the theme of the video, lead vocalist Youngjae explained, “Going along with our album theme of construction, we are inviting fans to our new home and want them to have fun in there.”

The members worked on the album while they were in different locations: Tuan was back home in Los Angeles City, Yugyeom also embarked on a solo tour in Europe, Wang was working extensively (and recently finished touring with PANTHEPACK) in China, and BamBam was working between South Korea and Thailand.

About the difficulties of working across time zones and countries during the COVID-19 pandemic: “[We worked over] Facetime and phone calls due to being in different places and gathering restrictions. Since last year, we were getting demos and putting the songs together,” Jinyoung explained. “Also each of the management (teams) have been supportive of us doing GOT7. It wasn’t easy, but at the same time, everyone was very supportive, which we are thankful for.”

Tuan added that the process also involved “a lot of calls and voting on [the tracks]” adding: “We have been preparing for this since last year. We had this feeling of coming back, so I’m happy that it finally happened.”

GOT7 has been active since 2014, marking their official debut with the Got It? EP via JYP Entertainment. With their comeback, they’ve made the bold choice of a self-titled EP, in honor of this being their first record wherein members had free reign over the production and writing of the tracks.

Youngest member Yugyeom who has also been busy with his own solo career and just recently wrapped up his first tour in Europe said: “There was more synergy when we are together as seven of us, compared to doing solos,” adding that: “Because we know each other so well, we were able to do the best on the songs that are written by us.”

“It reminded me a lot of when we debuted: [there was] excitement, nervousness. Going from early 20s to late 20s and almost 30s, this project made us look back and remind me of when we debuted. The last seven years have been like our roots. We just want to grow now and branch out,” Jinyoung shared.

Listen to GOT7 below: