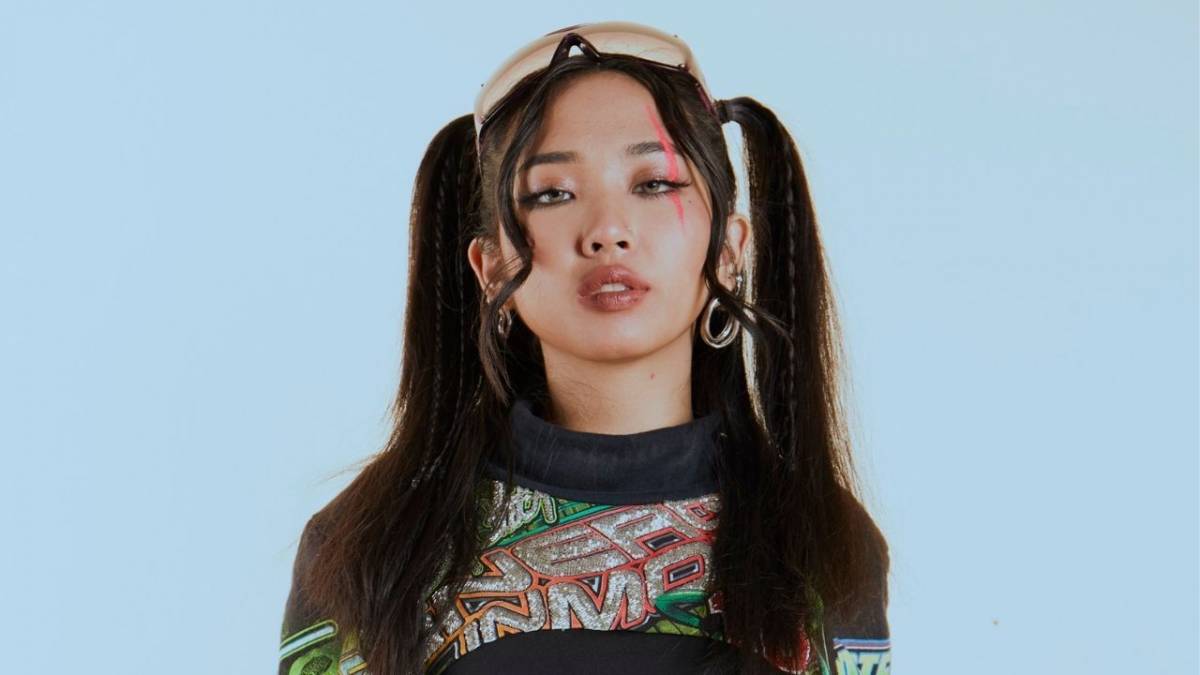 In 2019, then-16-year-old MILLI auditioned for the extremely popular Thai rap competition show THE RAPPER 2 by performing Nicki Minaj’s 2010 hit single, “Super Bass.” Her performance was judged by hip hop legend F. HERO, whom she collaborated with on a track a mere two years later.

It all seemed like your typical digital-age success story: the teenage rap sensation has since been hailed as one of the artists on GQ’s 2021 Voices of the Future list, collaborated with a member of a K-pop group she’s idolized for years, won “Best New Asian Artist” for Thailand at the South Korean award show Mnet Asian Music Awards, and the list of MILLI’s achievements goes on.

Yet, the leap to superstardom didn’t happen overnight, nor has it been easy navigating adolescence, school, and being part of a watershed moment in Thai hip hop. In this exclusive interview with HipHopDX Asia, MILLI gets candid about what it’s been like becoming the face of Thai female Gen Z rap these days—while still having a typical teenage experience, as much as she can, at least. “I have been focusing on studying and also tutoring,” MILLI shares.

At the same time, she juggles working on her music within COVID-19 restrictions since her solo debut under local label YUPP! Entertainment, adding: “I was working as well, making music in the studio. After they allowed the shooting set and events, I was making music videos, shooting commercials, and singing at events.”

Like any other music fan, she admits it’s been difficult adjusting to the absence of live music events since the pandemic hit. “I have not been to any concert at all, which is what I love. I really enjoy going to concerts because that is where I get my inspiration from. As an artist, this feeling has been lacking, and I hope it will come back soon.” She adds that even with the world moving forward and adapting to the “new normal,” systemic issues remain a cause of concern for her. “I’ve rarely been going out with friends with the fear of the pandemic. I’m not confident with the way the government has been managing it. I only visit my friends’ places and do a lot of [COVID-19 antigen] tests.”

In July 2021, she was threatened with serious charges under Thailand’s 2017 Computer-Related Crime Act (CCA) for criticizing the government’s COVID-19 response. She ended up being fined 2,000 Baht (roughly US$60) for “defaming [Thai Prime Minister] Prayut.” On social media, MILLI received an outpour of support from her fellow citizens and fellow artists such as hip hop collective Rap Against Dictatorship—who have their fair share of run-ins with the Thai authorities—expressing their support.

When asked if current affairs inspire her music at all, she replied, “Not quite. I already have the content that I want to put out there. Whatever I want, I will write songs about that.”

Throughout last year, she’s released multiple singles like “Not Yet” and “To The Max,” along with high-profile collaborations like “7YUPP” featuring YUPP! labelmates and fellow rappers MAIYARAP, LAZYLOXY, AUTTA, BEN BIZZY, NAMEMT, and BLACKSHEEP. Yet the crown jewel of these collaborations seems to be “MIRROR MIRROR,” which also features her former THE RAPPER 2 judge F.HERO and Stray Kids’ Changbin.

Her earnest reaction about the collaboration trended online in November, where she broke into tears while expressing what it meant to her as a fan, saying, “Oh my god. I cannot explain in words, no matter Thai or English. I cannot. This is impossible for me, you know, like I watched them before they debuted to be an artist like Stray Kids. I watched their competition with YG and JYP.”

She told HipHopDX Asia that she considers the moment special, especially as a long-time K-pop fan. “I was so happy and over the moon… It was a great great honor to be able to work with many famous artists. I was really happy that I cried.” As MILLI garners global attention, especially for her no-nonsense lyrics and kitschy, eye-popping music videos that succinctly capture Gen Z ideas and visuals, she admits she’s still grappling with success and, more importantly, fame. “I’ve never imagined I could work with international level artists because I see myself as a small artist from Thailand. I appreciate the opportunities that I had, and I thank everyone who liked it,” she gushes. “I’ve never felt like I’m that big. I only wanted to put out the work that I like, and I thank everyone who likes them. I still think that I’m a small young artist who needs to make a great deal of self-development.” 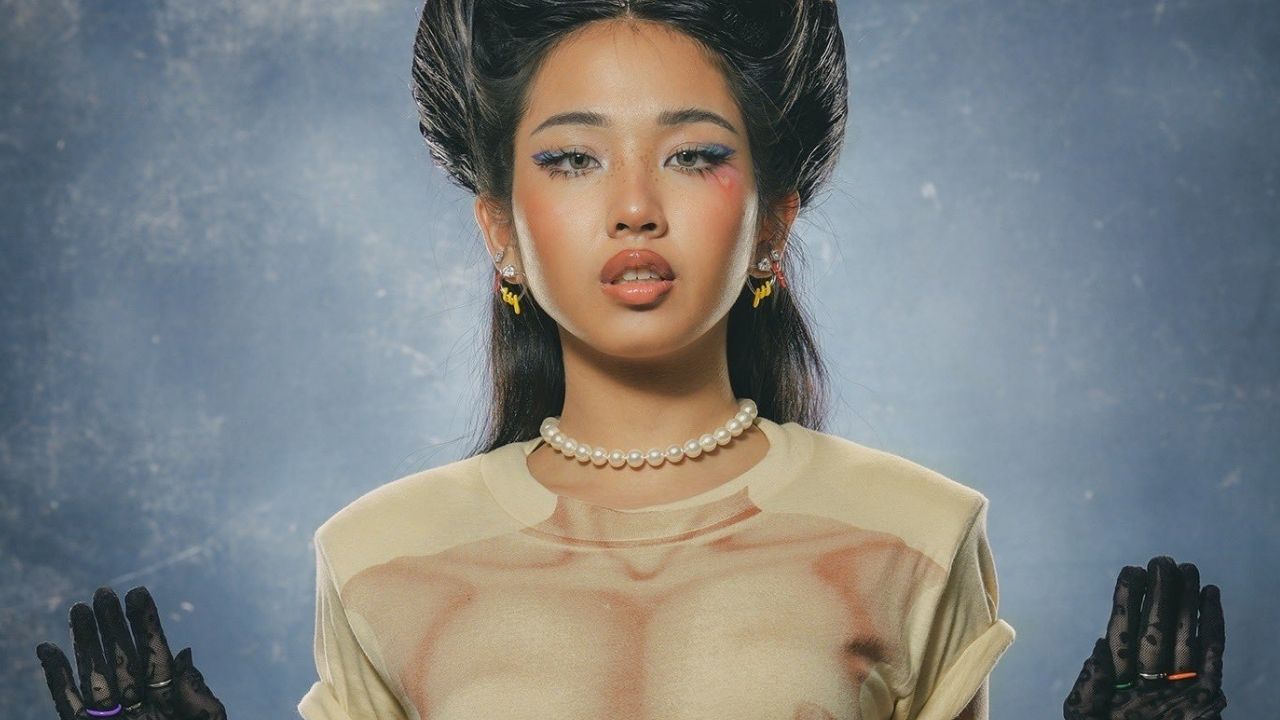 MILLI Shows Off Vocal Chops In Dance-Pop Track ‘Not Yet’

With so much information to pluck influences from, MILLI tries to expand her wheelhouse of ideas through her other artistic pursuits, such as makeup, films, and books. Moreover, she shares that she maintains how important it is for her to remain mindful of utilizing her growing platform: “I have been doing my best in self-care and have been promoting vaccines which will solve the problem and help us get our normal lives back as much as we can.” Despite remaining optimistic by abiding by these pandemic-related adjustments, she also admits that her creative process has been impacted as well, saying: “The production was more difficult to carry out with the limitations of people. But I can write songs everywhere, so it really depends on what’s on my mind at the time.”

MILLI confesses that she remains grounded amidst the pressure and demands of her career, thanks to her network of support. “I mostly talk to family, people around me, friends and the people in the company to help solve [my] problems,” she confesses, also crediting her team at YUPP! as a great pillar of strength: “We talk a lot on a regular basis about work and everything else. That’s why there’s not a lot of problems.” 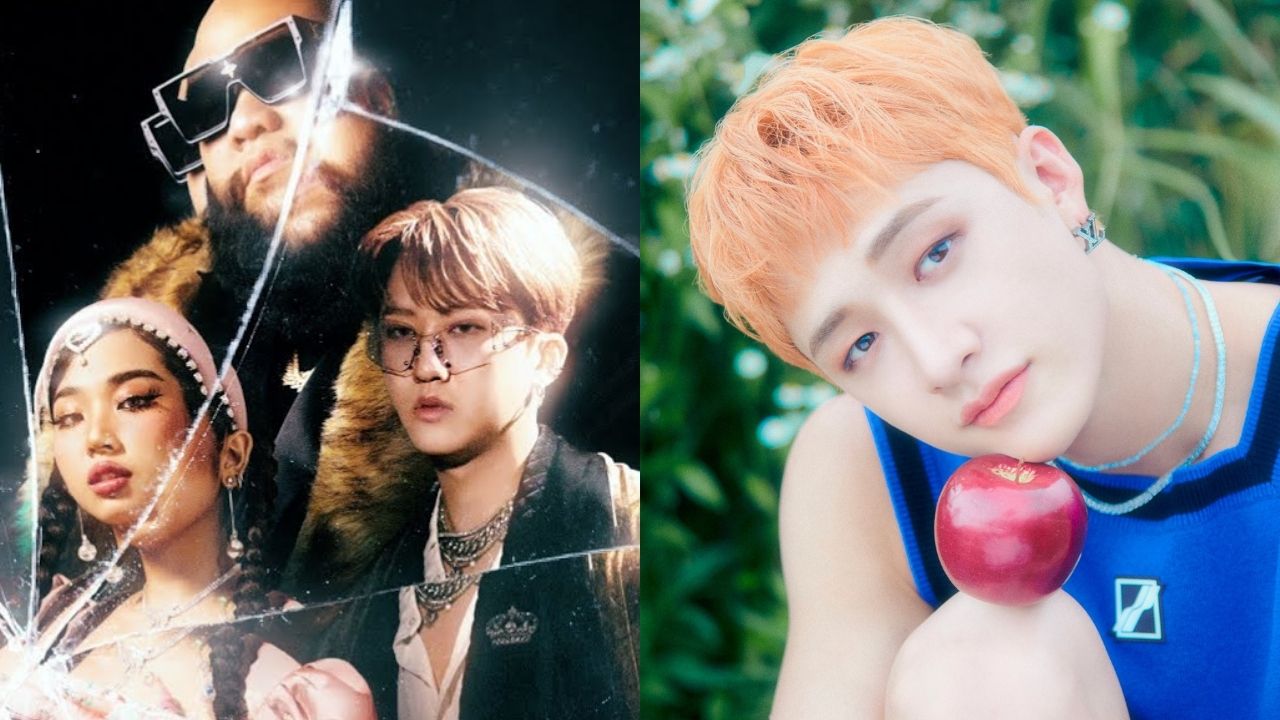 As for her musical journey, a quick Google search will tell you where MILLI ranks among her contemporaries. When you look up “Thai female rapper,” MILLI’s Wikipedia page ranks high on the search results—a quick peek at her pre-fame career. Reaction videos to her music videos rack up tens, often hundreds of thousands of views, which at one point caught the attention of Stray Kids member Bang Chan who once said he was “really, really amazed” by her skills (an event she has commemorated with an Instagram post).

MILLI’s music is not atypical of a young artist at the beginning of her career. She has tried her hand at dance-pop, R&B, and power ballad vocals. But speaking her mind’s been uncompromised ever since. Her 2020 breakout single, “พักก่อน” (Pakkorn/You Need to Calm Down),” went on to become an anti-bullying anthem megahit. Added to its significance is her use of Isan dialect from Northeastern Thailand combined with Thai LGBTQIA+ slang and Western references (“Those saggy titties are almost out, but first, you should wash it / Wearing Boy London but going on a date at BonChon”). “พักก่อน,” with its boldness and inventiveness, was something that didn’t exist in Thailand’s mainstream music scene.

While it’s still early in her career, it’s not far off to imagine how this knack for nonconformity bleeds into MILLI future projects, with her adding that she’d like to experiment more with jazz, soul, and R&B—ultimately facilitating hip hop as a space for resistance. In “Not Yet,” she challenges arbitrary ideals of obligations between partners as she advocates for the non-negotiability of sexual consent.

In “อนาคตคือ” (The Future Is), her collaborative track with Thai independent hip hop heavyweight YOUNGOHM, she reimagines a future molded by her generation’s idealism, culminating in a track that basks in anger propelled by current systemic ills, rejecting and disrupting the status quo through hip hop. 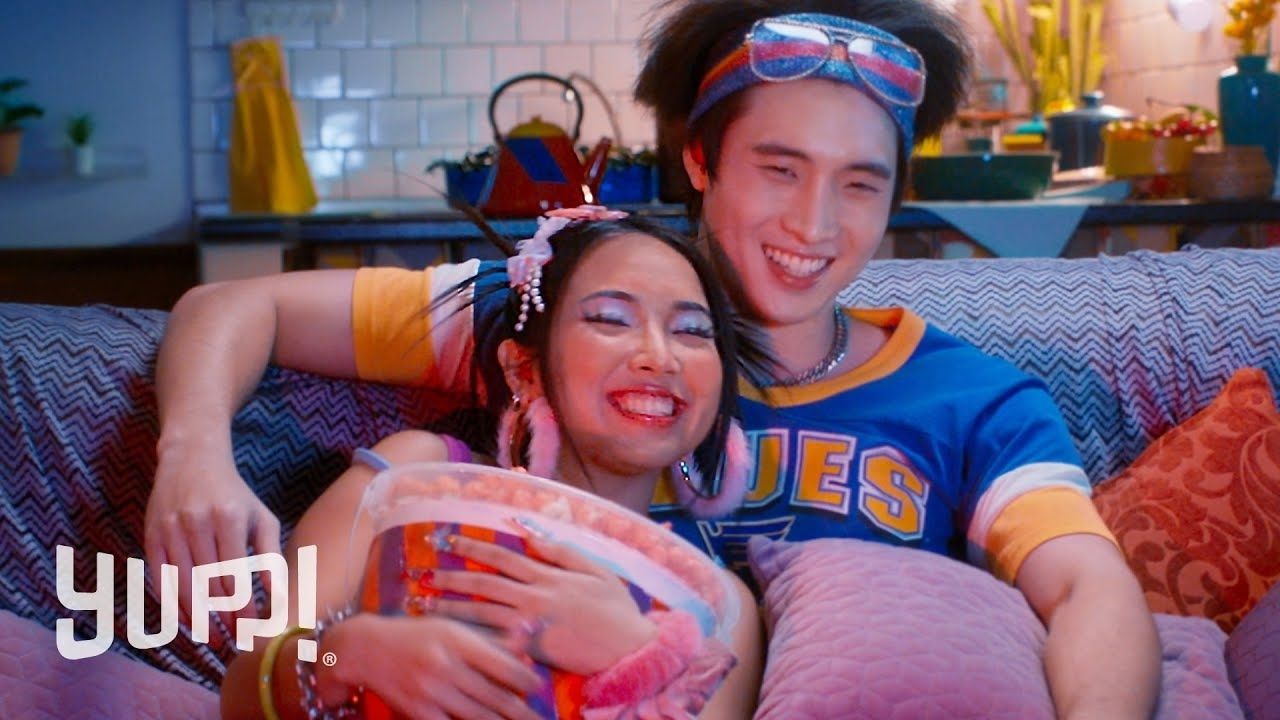 Milli Spoofs Sitcom Tropes In ‘Not Yet’ Video, Her Latest Track About Consent

MILLI also makes it a point to acknowledge those who came before her and orient herself with Thai hip hop history. “To be honest, hip hop has been in Thailand for a long time, mostly underground. It was brought to the light only a few years ago since the group called RAP IS NOW started to run the industry. I watched their show. How they were saying it just the way it impressed a lot of young listeners,” MILLI says. RAP IS NOW is an underground community that provides a platform for Thai rap artists.

For MILLI, hip hop is, fundamentally, a medium to express oneself. When asked what she thinks set Thai hip hop apart, she answered, “The use of language and storytelling. We tell many stories outside of love, societal, or about ourselves. We can tell stories about anything.” And she thinks it’s time to be heard all around the world. “It should be globally famous because we have many great artists. I believe that all of us will go a long way by supporting each other and supporting hip hop culture.”

What’s next for MILLI? A dream collaboration with Rihanna, hopefully. “I see myself continuing to try new things and learn new skills in front and behind the scenes as well,” she says. Like any other young teenager, she’s working towards her dreams, tempered with foresight and a healthy dose of ambition. These are qualities she aspires to emulate. “Rihanna hasn’t been featuring with anyone for five years, and she is becoming a mother. Everyone has been asking her to make a comeback. If I get to work with her, how cool would I be! Think about that.”

The interview has been edited for length and clarity. Special thanks to YUPP! Entertainment.