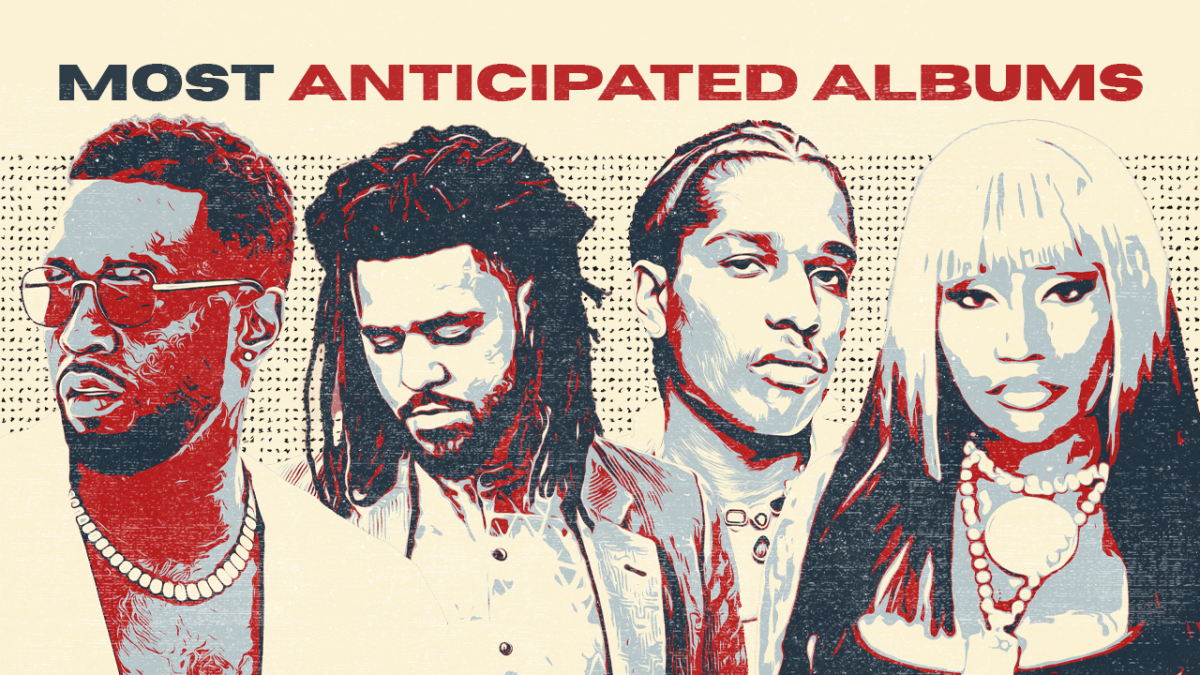 Most Anticipated Hip Hop Albums Of 2023

In some senses, 2022 was a music fan’s dream. With releases from artists like Kendrick Lamar, Drake, Beyonce, and more, there was a constant flow of projects and songs from people we longed to hear from.

For example, Kendrick came out to play, dropping one of the year’s most poignant projects with Mr Morale and the Big Steppers. Beyonce and Drake poptimism’d the house music movement and reintroduced it to a newer audience. Newcomer GloRilla captivated rap fans at the beginning of the year with “FNF” and kept her foot on the gas. King Push and Nas showed the rap game that age and experience only make for better albums. Looking at the year’s top releases it’s easy to feel pleased with what we got.

A few weeks into 2023 and the year is shaping up to be just as prolific. Whether it was J. Cole’s strategic Instagram wipe weeks before his birthday or 50 Cent’s recent Instagram post just weeks before his debut album’s twentieth anniversary that teased at new music, we may get a back-to-back year of coveted releases. Here’s a list of the most anticipated albums this year. 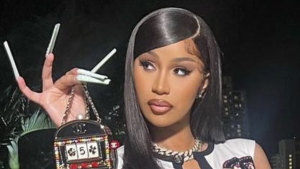 2018’s Invasion of Privacy catapulted Cardi B into stardom and made the type of impact only a few artists could. Records like “Bodak Yellow” helped her break records for female rap firsts, including becoming the first female rapper to win a Grammy for Rap Album of the Year. The colossal “WAP” only added to Cardi’s win streak as she and Megan Thee Stallion continued to shatter even more records and break through popular culture. Despite her success, legal issues in combination with her responsibilities as a mother and wife have only added to the pressure and have led to delays on a follow-up.

In a recent Instagram Live, Cardi spoke on the personal challenges she’s experienced trying to release her next album stating, “Making music to me has become like a job that gives me anxiety because everybody just critiques everything that I do. It’s just like, sometimes you don’t want to do something that gives you that much anxiety, so I just be freezing myself, but I have to let that go. I have to release more music—I have to go out there”.

Several years and several delays later, her follow up is something we all are waiting on. 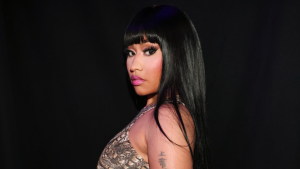 Nicki Minaj’s influence and dominance shines through every era. In 2022 she continued her generational career, boasting key collaborations with Lil Baby and Coi Leray, while also generating her fair share of controversy with her successful song, “Super Freaky Girl.” In January of 2023, she broke the record for being the longest charting female rapper on the Hot 100. Nicki’s ability to rap and her love for competition is just part of the cause for excitement.

Add that to the growing surge of female rappers building on her legacy and we are poised for a must-have music moment. In a recent interview, Nicki spoke on her upcoming album, stating, “In order for me to deliver the best music for my album – which is coming out soon – I have to tap back into the essence of Hip Hop. I wanna hear girls rap again. Like, just rap.” All signs point to the return of mixtape Minaj in 2023. 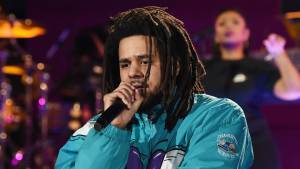 J.Cole’s 2021 project, The Off Season, was the first domino in his reported final basketball campaign ala his Last Dance. The album’s success and features kicked off his best rapper alive run which peaked with last year’s verse of the year contender on Benny the Butcher’s “Johnny P’s Caddy.” His verse generated a fair share of social media attention and buzz, which likely only fed the hunger for more Cole. His recent Instagram wipe – which typically is used to prep fans for an album rollout – mixed with his on brand radio silence, is a sign of good things to come. The real might be back. 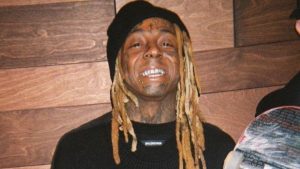 Few albums can boast the type of acclaim that Lil Wayne’s Tha Carter series has. His historic project, Tha Carter III, which turns fifteen this year, passed over a billion streams recently, thanks largely in part to the album’s diamond single, “Lollipop.” Commercial success aside, Wayne kept his skills sharp, destroying guest features on Latto, Jack Harlow, and DJ Khaled’s “God Did,” which was also featured on the year’s best hip hop songs list. Standing alongside his Young Money signees during 2022’s reunion tour, Wayne teased us with news of his next project, Tha Carter VI. Here’s hoping Carter VI comes out alongside the slew of other Weezy projects we’re waiting on including CollegeGrove 2 and the almost mythical I Can’t Feel My Face album. 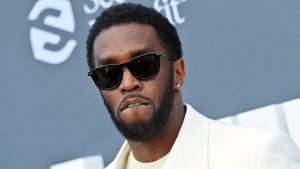 It’s only right that Diddy drop an album to save R&B after declaring it was dead last year. Forever the showman, Diddy announced an album in 2021, entitled Off the Grid Vol. 1, stating, ““OFF THE GRID. The Album September 24, 2021. Welcome to the LOVE ERA!” The album ended up not dropping, but reports from his own son King Combs suggest it’s done and ready to go. Back with a new name and label, Diddy’s mission to make feel good music again is as interesting as his personal life is. His recent single, “Gotta Move On” with Bryson Tiller not only went #1, but it also spawned its own set of dance challenges and freestyles to go along with it.

“Music has always been my first love. Love Records is the next chapter, is about getting back to the love and making the best music of my life.” All this love around hints at  a heartfelt and introspective project that’ll keep us dancing. 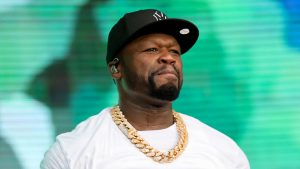 Twenty years ago, 50 Cent delivered one of the most successful rap albums of all time and changed music forever. His debut album, Get Rich or Die Tryin, became a major success, and in the years since has gone down as a staple classic of the 00s. His hit single, “In the Club” joined the billion streams club in 2022. Since then, he’s made his mark in the realm of television and film, contributing original songs to the BMF universe shows he’s produced as well. Left without any recent project, including his shelved Street King Immortal album, fans have wondered if 50’s musical career was behind him. His most recent promise that he’s “gonna remind people i’m nice this year,” and his reveal to BigBoyTV that Dr. Dre will produce some songs for his album hints that he’s ready to feed the streets once again. 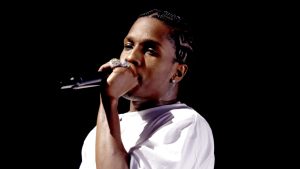 Pretty Flacco’s penchant for irony and talent is a constant in his career. His ability to make anthemic music remains a gift, especially when you consider the success of his breakout project, Long Live A$AP. Ten years after his debut album elevated his name, the early buzz is he’s outdone himself with his reported next album, aptly named, Don’t be Dumb. Paired alongside producer extraordinaire Metro Boomin, the long delayed project aims to carry on the tradition of striving and prospering that’s become associated with ASAP’s career. 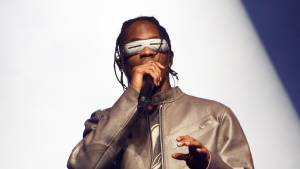 AstroWorld, Travis Scott’s last project, combined all of his artistic skills and introduced him to his largest fan base ever. His storied collaboration with Drake, “Sicko Mode,” earned a diamond certification and helped the album reach #1. In the years since he’s had to overcome a lot of challenges stemming from the album’s success, but through it all he has still found time to get everyone’s hopes up about Utopia coming. Billed as “a mix of psychedelic rock,” we can expect it to be experimental and as exciting as his live shows and music are. 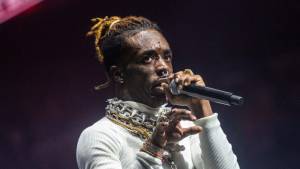 Lil Uzi’s always been outspoken, and his recent statements on social media about his upcoming project, The Pink Tape, suggest it’ll be as brash as he is. In the three years since his last work, he’s kept his chart dominance up as “Just Wanna Rock” Jersey-influenced sound landed in the top ten on Billboard Hot R&B and Hip Hop Songs list. 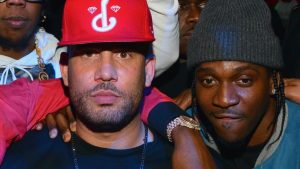 Unwilling to be done, Pusha T and Drama’s December declaration of a joint project only added to the stellar year in music. DJ Drama’s Gangsta Grillz saga changed Hip Hop in a way few other mixtape brands could. The resurgence of his brand in recent years due to projects with Tyler the Creator, Jeezy and NBA YoungBoy represents the potency Barack O Drama still has. King Push’s recent gem, It’s Almost Dry, dominated 2022, but if we can get even an inkling of the bars we got from his work on We Got It For Cheap days then all is really right with the world.

More Albums Rumored To Come Out In 2023

Be sure to check out some of our other articles about 2022 in Hip Hop.

And check out all of our 2o22 HipHopDX Award Winners.