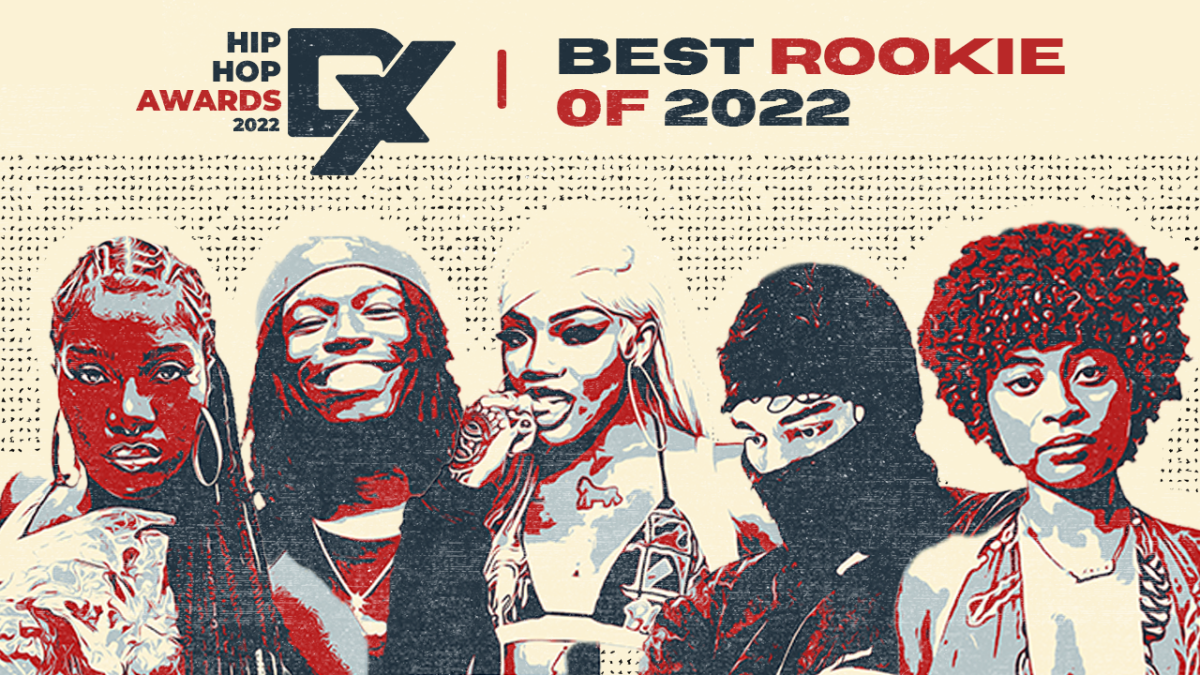 As 2022 comes to a close, it’s clear that rap music was back outside this year. With pandemic-era restrictions beginning to wane, this year’s rookie class seemed to have spent their time in isolation crafting music meant for crowded venues. Whether those venues were hazy smoke-filled living rooms with close friends or unruly bars and dance floors, 2022’s brightest young rappers brought raw energy back to maskless functions.

With the hype behind each of these rappers already at a fever pitch, they are poised to take 2023 by storm, so get used to hearing their music at the function.

The 2022 Hip Hop Rookie of the Year award goes to… 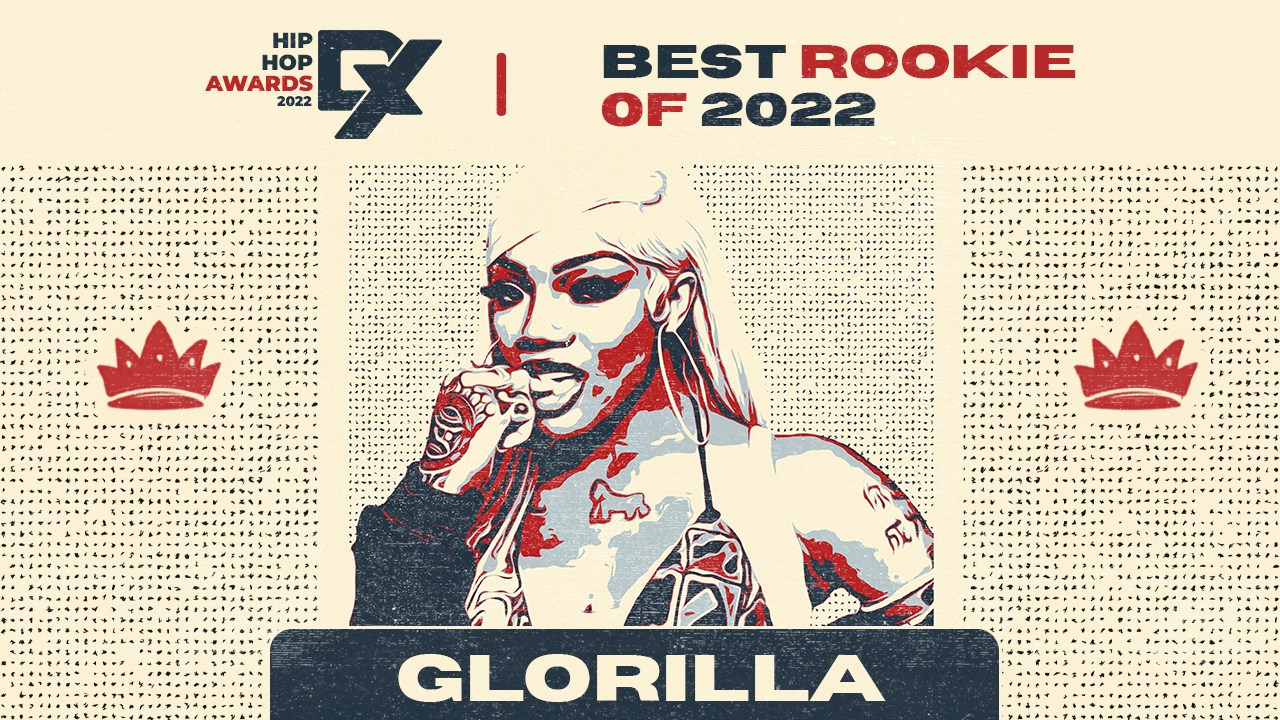 Born from the embers of Three 6 Mafia and Gangsta Boo’s southern raunch, GloRilla’s rise from buzzing Memphis talent to national superstar is one of this year’s greatest underdog stories. “F.N.F’s” stomping delivery and snappy hook saturated both TikTok and summer get-togethers, catapulting the 22-year-old to global stages such as Rolling Loud Miami and UK’s Wireless Festival. A groundbreaking deal with Yo Gotti’s CMG soon followed, and a venomous guest verse from Cardi B on “Tomorrow 2” shot GloRilla into the stratosphere. As she closes out 2022 with a Grammy nomination and national tour on the horizon, GloRilla already seems to be an unstoppable force. Glorilla’s trajectory is through the roof and her first year in the mainstream was historical, making her a clear pick for DX’s Rookie of the Year. 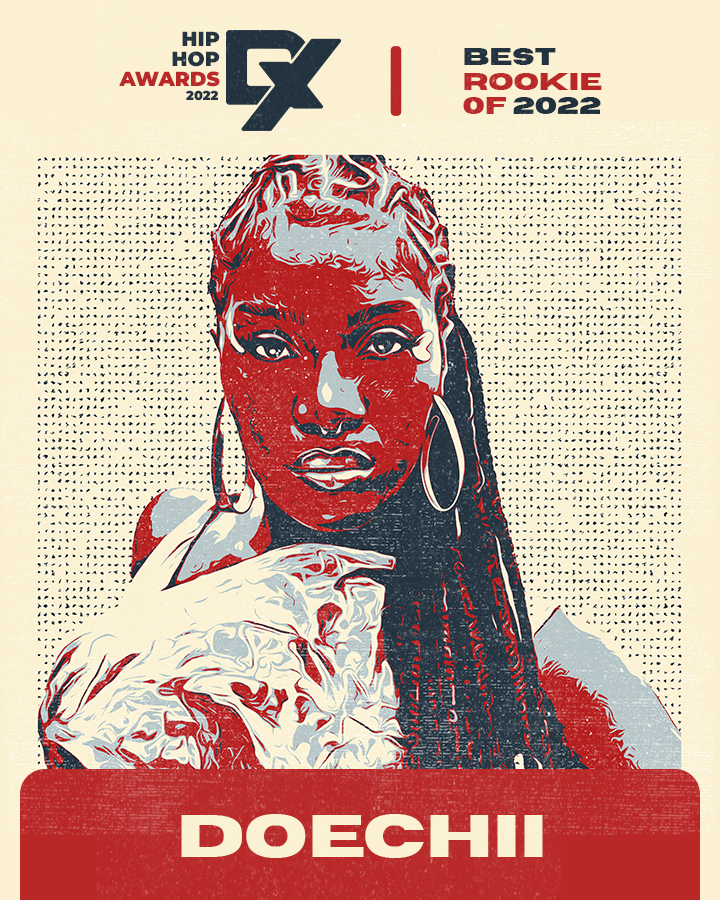 As HipHopDX’s 2022 Rising Star, Doechii’s dominance was all but inevitable when she signed with Top Dawg Entertainment in March. On her debut EP she / her / black bitch, the Tampa native traverses funk and R&B with nimble rap bars and veteran-level confidence. It’s all culminated in magazine covers, a late-night talk show debut, an MTV VMA nomination, a Soul Train Award nomination and comparisons to Nicki Minaj and Lauryn Hill. The craziest part is she hasn’t even dropped an album yet. 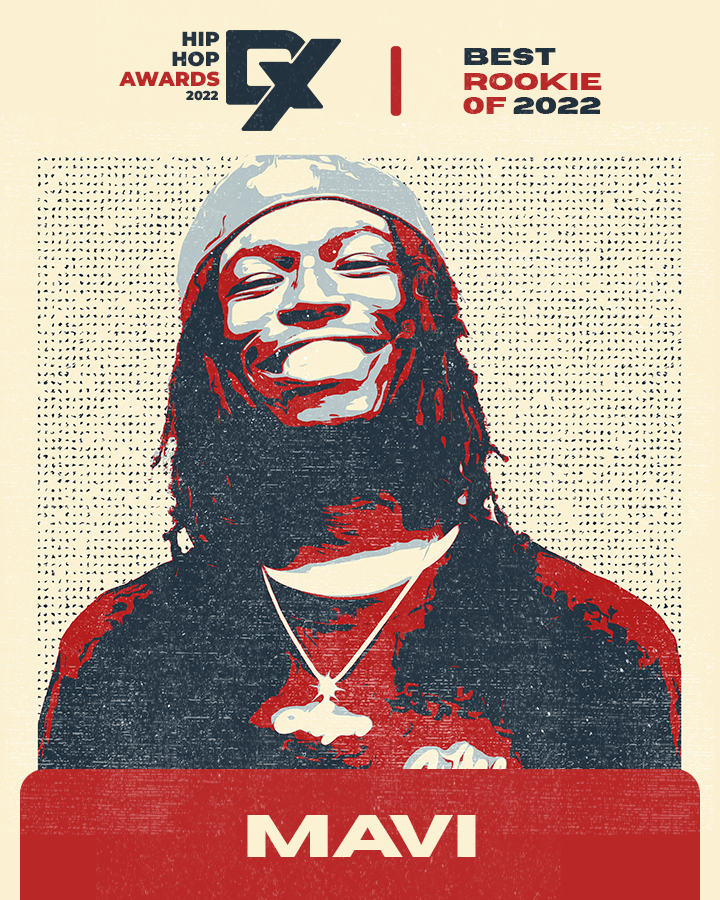 It’s too easy to push MAVI’s intellectual raps into the Earl Sweatshirt/MIKE camp, and to do so would be a disservice. While the Charlotte-bred Howard student shares stylistic similarities to his aforementioned contemporaries on his poetic 2019 debut Let The Sun Talk, his newest work Laughing so Hard, it Hurts is an intimate analysis of a young man entangled in spiritual and financial strife. While the 23-year-old is clearly a student of J. Dilla and André 3000, MAVI’s insightful musings both in interviews and in his rhymes have led to connections with The Alchemist and a tour with Jack Harlow, and they’ve made him one of intellectual rap’s most captivating new acts. It’ll be exciting to see where he takes his teachings. 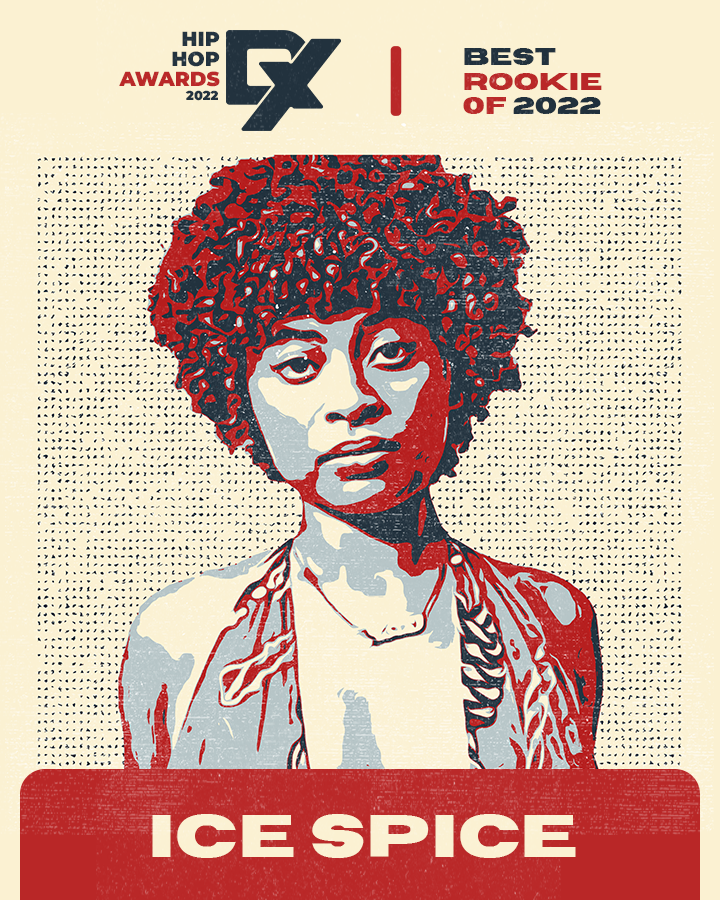 When the 22-year-old Bronx rapper dropped off her fuck-boy diss anthem “Munch (Feelin’ U)” in August, Ice Spice seemingly overnight developed a reputation for dragging toxic men through the mud. Her relaxed demeanor and hushed, elastic flow made terrorizing fuck-boys seem like a breeze and led to the track being streamed over 30 million times in just three months. Fresh off the release of her latest viral hit “Bikini Bottom,” (which after a month has already been streamed over 8 million times), her cool-headed confidence at such an early point in her career brings to mind the empowering energy of Foxy Brown, Remy Ma and Lil Kim. As she begins to chip away at a New York Drill wave synonymous with male aggression, Ice Spice’s momentum doesn’t seem to be stopping, not to mention her movement has already caught the attention of Drake and Erykah Badu. 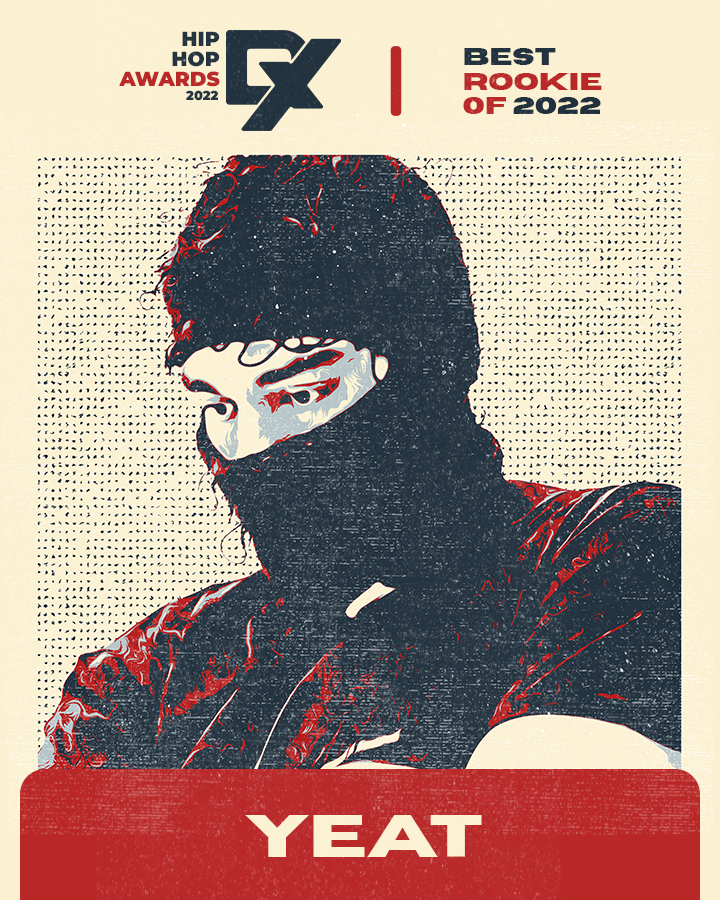 The enigmatic Los Angeles rapper got his start casually dropping music on SoundCloud before he began interacting with other internet people like IAYZE, Joony and Summrs. Thanks to Yeat’s secrecy and consistent, hallucinatory sound, an underground fanbase accrued in no time, and mainstream audiences were forced to pivot their attention to him when his song “Get Busy” became inescapable on TikTok. Soon after, the rapper obtained national spotlight when his hometown concert was shut down by police before it even began, thanks to stir-crazy, rowdy fans who finally had somewhere to put their energy. Following the release of his next project, 2 Alivë – which hit No. 6 on the Billboard 200 – and yet another bizarre viral song related to this year’s kid’s movie Minions: The Rise of Gru, Yeat has become an inescapable mystery that can’t be ignored.

Return to our Hip Hop Awards nomination page for more categories or check out the nominees for biggest comeback of 2022.

Check out our previous Rookie of the Year award winners.