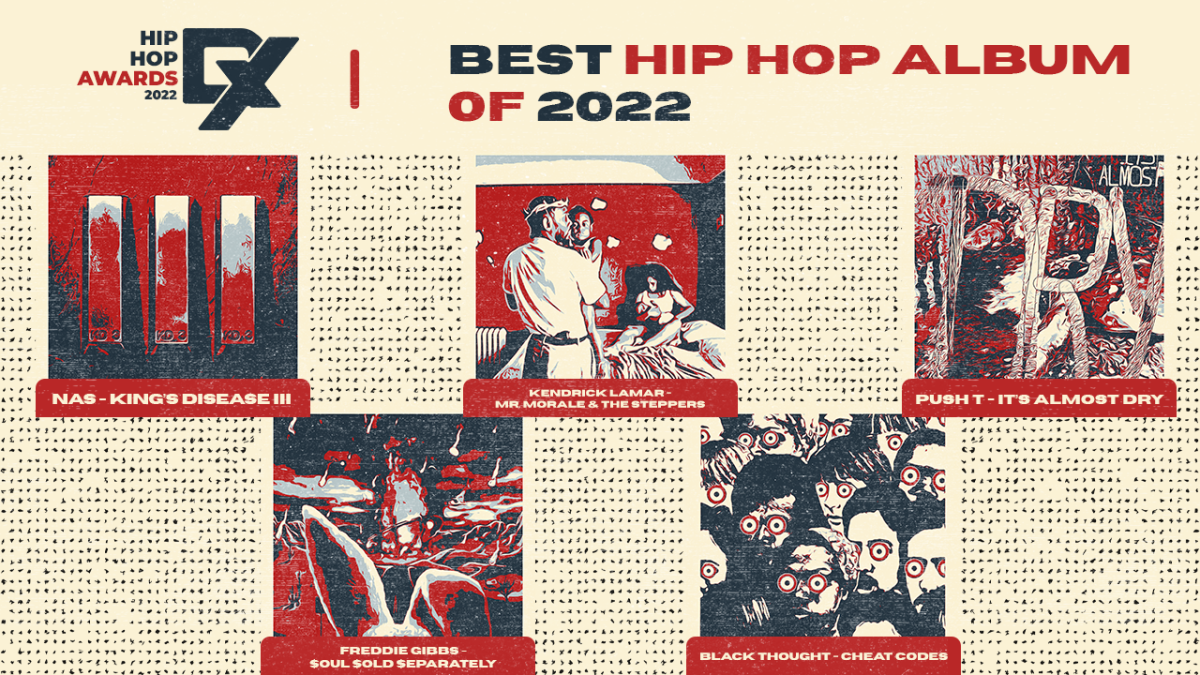 2022 was a year full of returns from some of rap’s heavyweights including new albums from Kendrick Lamar, Lupe Fiasco, Pusha T, Black Thought and Joey Badass. There were also plenty of rap legends proving they are still more than relevant in the space like Nas and Jeezy, despite some comments to suggest otherwise. The new wave of rap released some quality music from the likes of Destroy Lonely, Yeat and SoFayGo. When it comes to our Hip Hop album of the year nominations, certain albums pushed the conversation forward and some were sonically close to flawless. As the eclectic 2022 comes to a close, here are the albums that didn’t leave our rotation this year.

Congrats to all the 2022 HipHopDX Album of the Year nominees! 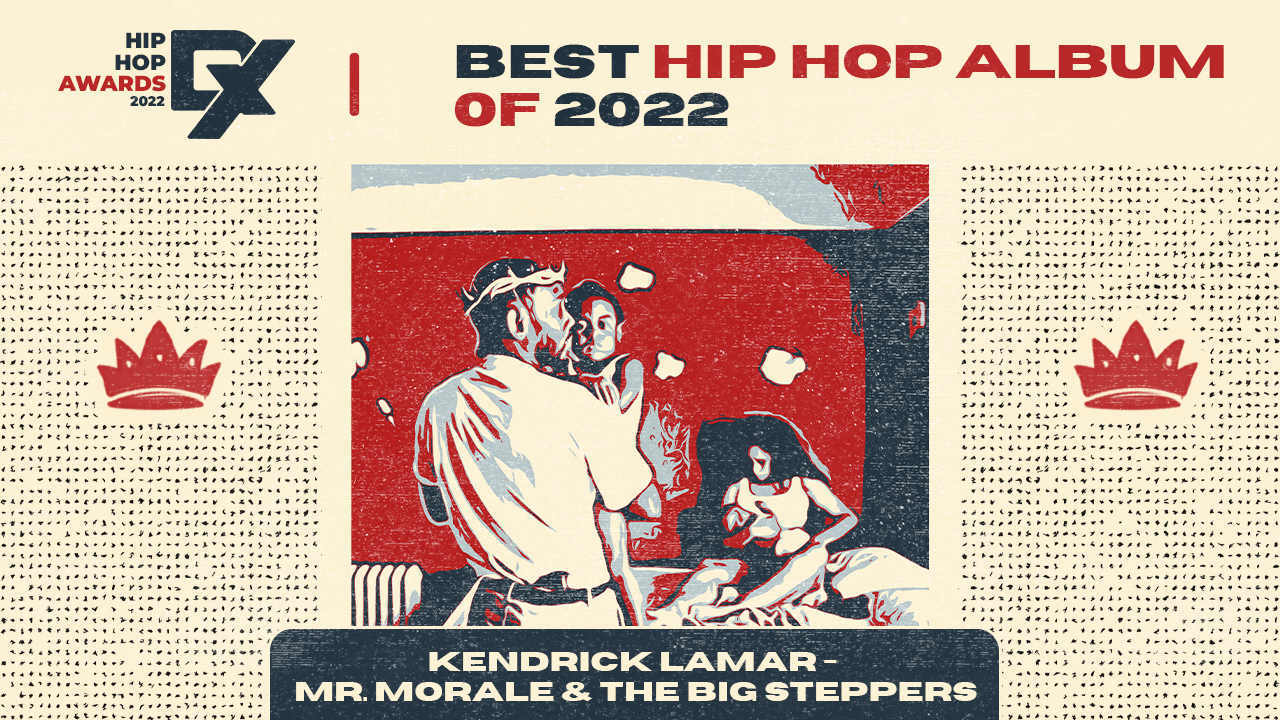 Kendrick Lamar opens Mr. Morale & The Big Steppers with a brutal confession. “I’ve been going through somethin’,” he mutters on “United in Grief,” the staccato piano chords soundtracking a descent into madness. It’s a simple phrase, curt and concise, that begins to cut through all the intrigue surrounding his artistic disappearance. On Mr. Morale & The Big Steppers, Kendrick explains what that “somethin’” was. For 75 minutes on this double-sided album, he parses through every issue that’s plagued his mind during his break from the spotlight. He’s placed under the microscope, using enthralling funk, jazz and soul compositions to fuel the uncomfortable, introspective ramblings that have been churning for half a decade. In doing so, he combines grand moments of musical execution with intense vulnerability, pulling off one of the greatest feats in his career yet. – Matthew Ritchie 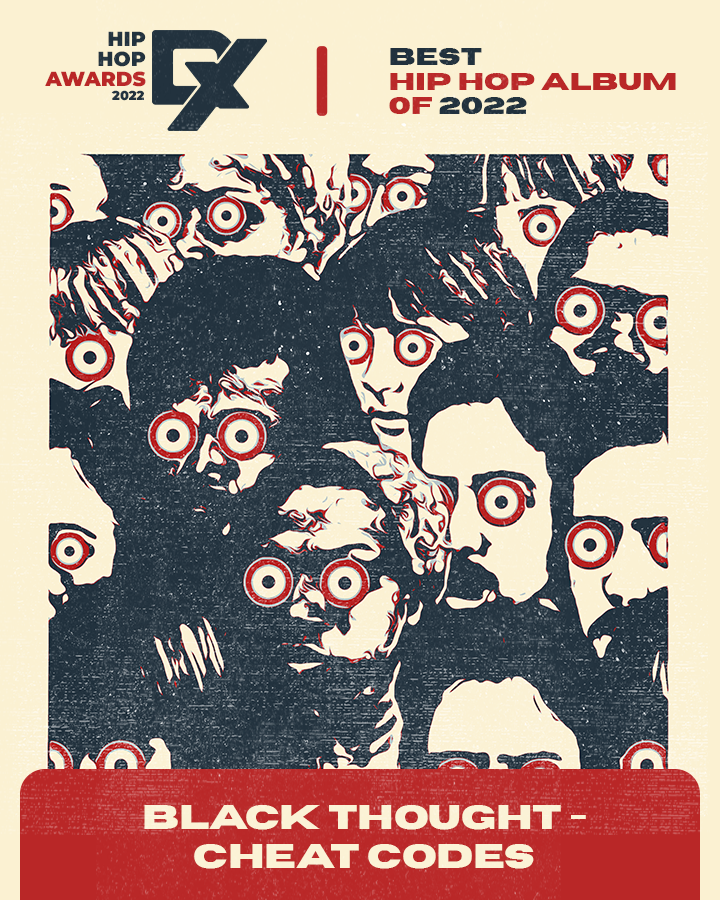 There’s a line on “Aquamarine” where Black Thought says he was “born to be a teacher,” and that couldn’t be more evident on Cheat Codes, his collaborative project with Danger Mouse. The Roots’ de facto leader bobs and weaves his way through the renowned producer’s time-traveling production like he’s Muhammad Ali, while spilling some of the hard-won wisdom he’s learned over the course of his life. Coupled with the air of ’60s nostalgia that Danger Mouse effortlessly provides with his lush soundscapes, Cheat Codes mysteriously evokes déjà vu, as if Black Thought and Danger Mouse are able to transport us to another era, putting them in a class all their own. As Thought says on “The Darkest Part” with Raekwon and Kid Sister: “Technically, I guess I’m on another echelon.” Cheat Codes is a lesson in supreme lyricism and pristine production that should have any aspiring MC/producer combo aiming to get on their level. – Kyle Eustice 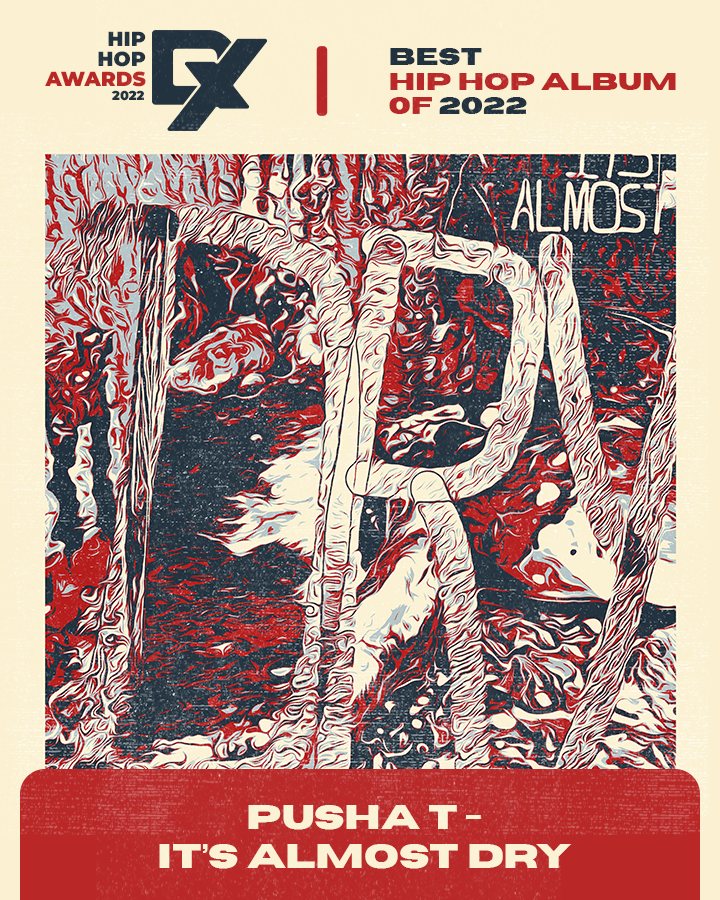 It’s Almost Dry is the result of a paranoid new dad and quarantining from COVID-19. “I wasn’t going anywhere,” Pusha T told Charlamagne Tha God in a recent interview with a twinge of anxiety in his voice. He went on to explain he tapped into his creativity to elevate his pen game. The album shows this, with Push’s writing becoming even more chiseled and sharp than before. His storytelling has become more meticulous and his twisting wit refined. The way Push flips different terms and definitions surrounding cocaine is almost mastery of the English language — an almanac of brick sorcery. It’s Almost Dry is a good rap record that delivers a few hard hitting tracks, some great production and bar-for-bar excellence by one of the best rappers in the game. – Anthony Malone 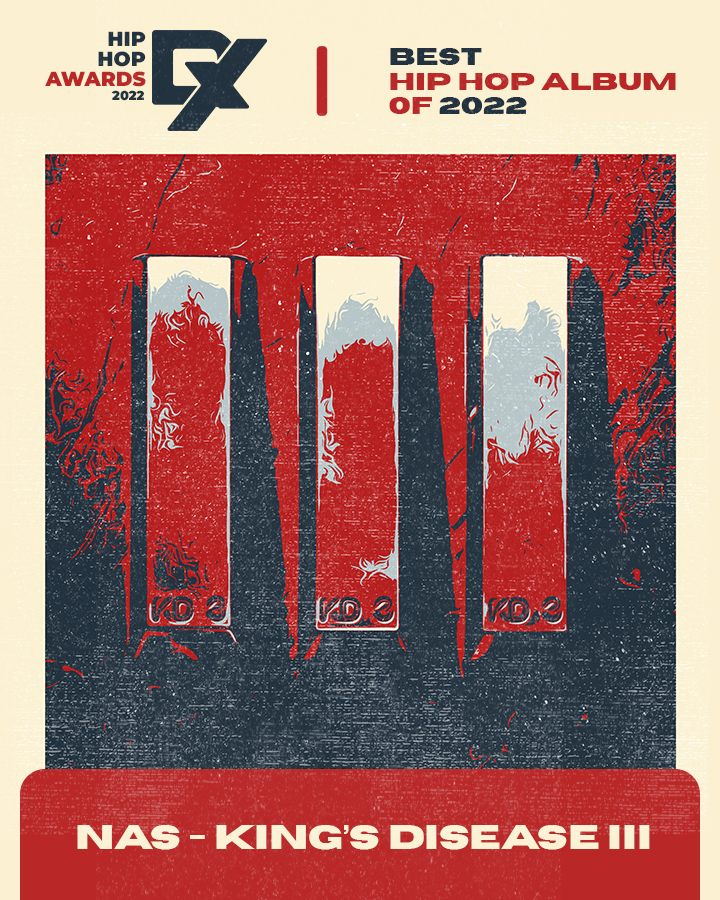 Nas fans love to debate which producer works best with him. He’s collaborated with some of the greatest on the boards in an illustrious 25 year career that spans 15 solo albums. But in the 2020s, maybe Hit-Boy is his best fit for keeping him relevant in a changing rap landscape. Nas and Hit-Boy have compared their creative output to Shaq and Penny and Michael and Quincy, paying homage to duos with undeniable success and chemistry. While the Grammy-winning super producer has synced up with artists before, there’s something special about Hit-Boy modernizing Nas’ sound, heightening his stories with subtle, elegant beats. Continuing where the Grammy-nominated predecessor left off, King’s Disease 3 shows Nas has more to say about career longevity, legal hustling, the Queens borough that raised him, and the wealth he’s accumulated as a rap mogul. The song ideas and themes are coherent, showing Nas is improving as he approaches 50. It keeps Nas in the relevancy conversation because his voice is still impactful, calling to action when some might say he doesn’t need to do this anymore. It’s a lesson in purposeful storytelling and aging with grace. – Eric Diep 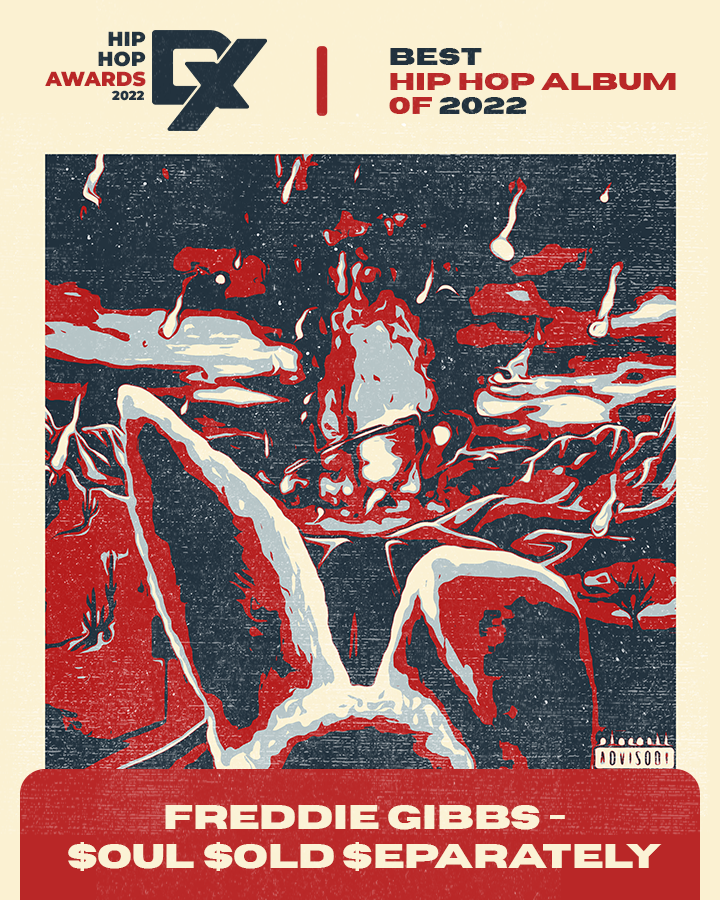 While Freddie Gibbs’ Alchemist-produced Alfredo earned him his first Grammy nomination in 2020, it became clear he wasn’t willing to sacrifice his gritty lyrical integrity in the hopes of adding coveted hardware to his trophy cabinet. Two years later, $oul $old $eperately ($$$) — Gangsta Gibbs’ fifth solo album — has real-world implications while also reaching new heights worthy of his own Hip Hop ‘hood Grammy. $$$ maneuvers in and out of countless rhythmic rabbit holes with ease. $$$ sounds incredible, clearly benefiting from the sizable checks Warner was willing to dish out. The production credits have few repeat names (which is unusual for a Freddie Gibbs project), but the palette is pretty cohesive, full of spacey synths and lush soul samples that snake around tightly coiled drums. The production is quite varied, featuring beats by stalwart collaborators Alchemist and Madlib, but DJ Paul, Jake One and Boi-1da all contribute immaculate bangers. In the same way the cover art for the project personifies his “Big Rabbit” persona, $$$ affirms Freddie Gibbs’ ascent from underground mainstay to mainstream contender. – Dash Lewis Four years removed from his previous release Drogas Wave — aside from some loosies and two EPs — Lupe Fiasco is back with a project he dubbed his Illmatic. While it remains to be seen whether he can match that classic’s cultural influence and inspire a new generation, DRILL MUSIC IN ZION is arguably his most accessible album in years, with Lupe showing himself to be in impeccable lyrical shape. Produced entirely by Soundtrakk — the beatmaker behind highly acclaimed singles such as “Kick, Push” and “Superstar” and his recent Tape Tape EP— and recorded in mere days late last summer, the album has an incredibly cohesive and, at times, jazzy feel, with Lupe staying in his pocket throughout. While unabashed in its sometimes subtle, sometimes heavy-handed criticism of the culture, there’s something so alluring and easy-going about DRILL MUSIC IN ZION. With no filler or fluff, this album is bound to satisfy those who like their bars bountiful and Lupe Fiasco in peak form. – Riley Wallace Mutant Academy mainstay Fly Anakin’s price went up last year with the Pink Siifu-assisted $mokebreak, but it’s on his debut solo album Frank where he fully realized his vision for sample-heavy Neo-Boom Bap. A young rapper with a deep reverence for the genre’s classics, Fly Anakin is an old soul at heart. He approaches Hip Hop with the mindset of a purist but without the fear of progress. The tone of his voice is rich and textured with a record-popping quality, and the beats he raps on feature samples chopped in a ’90s fashion. But he’s not about sentimentality for a golden age; he’s about looking at rap’s legends for inspiration on pushing the sound into untethered territory. Frank is near bulletproof with something for the rap purists, underground aficionados and casual listeners alike, making for Anakin’s most compelling work to date. – David Aaron Brake 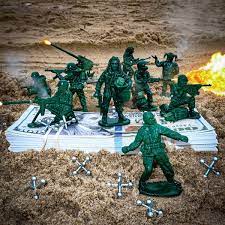 Chief Keef has a legitimate argument for being one of the most influential rappers of his generation. His status as a renegade mythological figure peaked in the early 2010s, with his mixtape Back From The Dead and debut label project Finally Rich captivating the youthful masses. However, the fervor around his inception caused the greater public to forget about the discography that followed his initial buzz. 4NEM serves as a stark reminder that Chief Keef’s quality hasn’t wavered, even as he sits outside of the mainstream commercial limelight. Armed with an apathy for the industry he influenced, Keef breaks through the malaise of the streaming age, employing unpredictability by using a Russian Roulette of flows. It’s a violent grab bag of styles and sounds, where chaotic marching band instruments sit next to familiar samples, each jerking the listener in an equally captivating direction. It would be a disservice to characterize 4NEM as a resurgence since that insinuates Keef has fallen off. In reality, this is just a continuation of the quality he’s shown for the last decade, a wake-up call to the fans who’ve provided more lip service than tangible support in recent years. – Matthew Ritchie 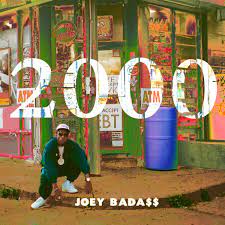 Whether it was fair or not, at one point, the weight of New York was on Joey Bada$$. He’s reached major highs during his career, and low lows, but throughout it all his technical skills on the mic were unquestioned. 2000 reminds listeners what Joey is capable of when expectations are shed from his shoulders. Paying homage to the titular year, Joey and his producers bridge between crate digging dusty jazz samples and the polished sheen of the jiggy era, allowing Joey to work with a plush palette. The beats across 2000 are breezy and opulent, billowing in the space between the smooth marble floors and high ceilings of an expensive penthouse. Pianos and glassy keyboards weave around sweeping string samples, snares diffuse into long tails of reverb. Joey seems right at home in this more silken vibe, gliding effortlessly across each expensive-sounding drum pattern. He’s a joy to listen to — there are few rappers that sound as natural on the mic as Joey Bada$$. He’s not angling to be a momentary King of New York, he’s more interested in building a legacy and — perhaps more than anything – enjoying rap. – Dash Lewis 2020’s Mt. Marci contained the track “The Eye of Whorus,” where Roc flexes “I still own the Elephant Man’s bones.” Also produced by Alchemist, this became the inspiration behind The Elephant Man’s Bones. The result is an intricate 14-track product defined by exceptional wordplay, songwriting that emulates a crime noir novel, and masterful compositions. Marciano is specific with his beat selection; his entire catalog is predominantly self-produced. He’s only willing to hand over the boards when the production is coming from a legendary producer. Al’s style involves samples that are looped, then tarred, and feathered beyond recognition, a perfect canvas for Roc’s burst of lyrics that can overwhelm as easily as it can be dissected. Previously, Roc could feel like an information overload, but on The Elephant Man’s Bones, the flow is more tamed, controlled, and sharply focused. He maintains a composure of a retired pimp-turned-rapper, conjuring images of rapping between sips of Hennessy and puffs of his cigar. – Anthony Malone

Return to our Hip Hop Awards nomination page for more categories or check out the nominees for rookie of the year, best producer & biggest comeback of 2022.

Check out our previous Hip Hop Album of the Year award winners.