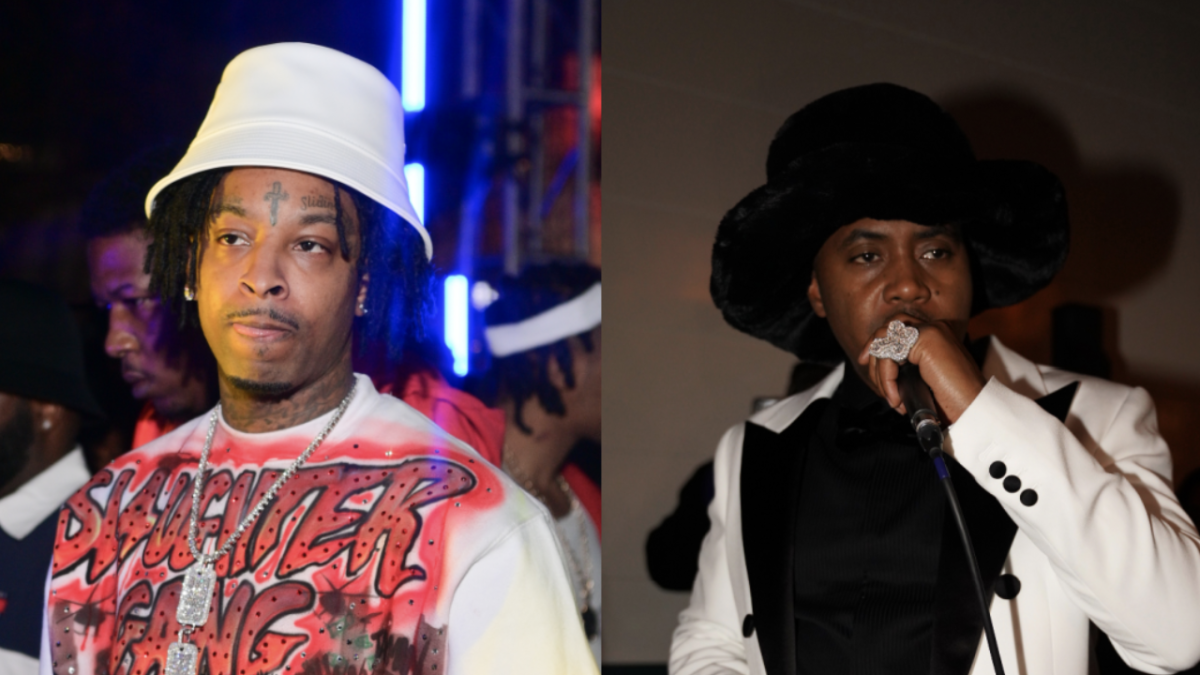 21 Savage might have had his New York passport revoked after catching the ire of social media this week when he said Nas “isn’t relevant” in today’s rap scene.

Speaking in a Clubhouse room over the weekend following the release of Nas’ latest album King’s Disease III, 21 asked what the room’s definition of relevant was, after which he followed it up with: “I don’t feel like he’s relevant. I don’t feel like Nas is relevant.”

21 Savage’s comments seemingly struck a chord with those in the chatroom as everyone began arguing over one another.

Once things calmed down, the Slaughter Gang boss took the stage and explained that the Queensbridge icon isn’t relevant today, but he has a “loyal” fan base and makes good music still. The heated discussion seemed to revolve around ’90s rappers that are still dropping albums today.

Nas released King’s Disease III on Friday (November 11), which is the third installment of his Hit-Boy-produced series that he won his first Grammy Award for. The franchise has also been commercially relevant as each of the first two parts notched him Top 5 debuts on the Billboard 200.

“It’s funny because Nas at 49 years old just released 4 better quality albums than his whole discography,” one fan wrote. “But it’s even funnier when 21 Savage is being relevant exclusively thanks to Drake in the last year.”

But it's even funnier when 21 Savage is being relevant exclusively thanks to Drake in the last year 💀 pic.twitter.com/ffIdthZ2ti

As for 21, he’s coming off the release of his Her Loss joint project with Drake, which topped the Billboard 200 this week after collecting north of 400,000 total album-equivalent units in first-week sales.

Meanwhile, 21 Savage has expressed regret over comments he made regarding the late Bankroll Fresh.

During a 2016 interview with VladTV, 21 expressed frustration that his friend No Plug – who was seen on camera engaging in a physical fight with Bankroll Fresh moments before he was shot dead – was being portrayed as a “hater” responsible for the Atlanta rapper’s murder.

Nas' L.A. Home Burglarized While He Was Celebrating 'King's Disease 3' In NY

In a recent sit-down with Akademiks for his Off The Record podcast, 21 Savage said he now regrets making those comments, and that he shouldn’t have spoken ill of the dead.

“I ain’t gonna lie, rest in peace Bankroll. I was on some young, dumb just talking-too-much shit when that shit happened,” the Slaughter Gang leader said. “And I reached out and tried to fix that shit like right after that happened, but n-ggas already felt how they felt and I understood it so I fell back.”

He continued: “But I knew I was wrong. Right after I seen that shit, on my mama, I knew I was wrong for speaking on that type of shit because it didn’t have nothing to do with me really. It was just some young n-gga shit.”