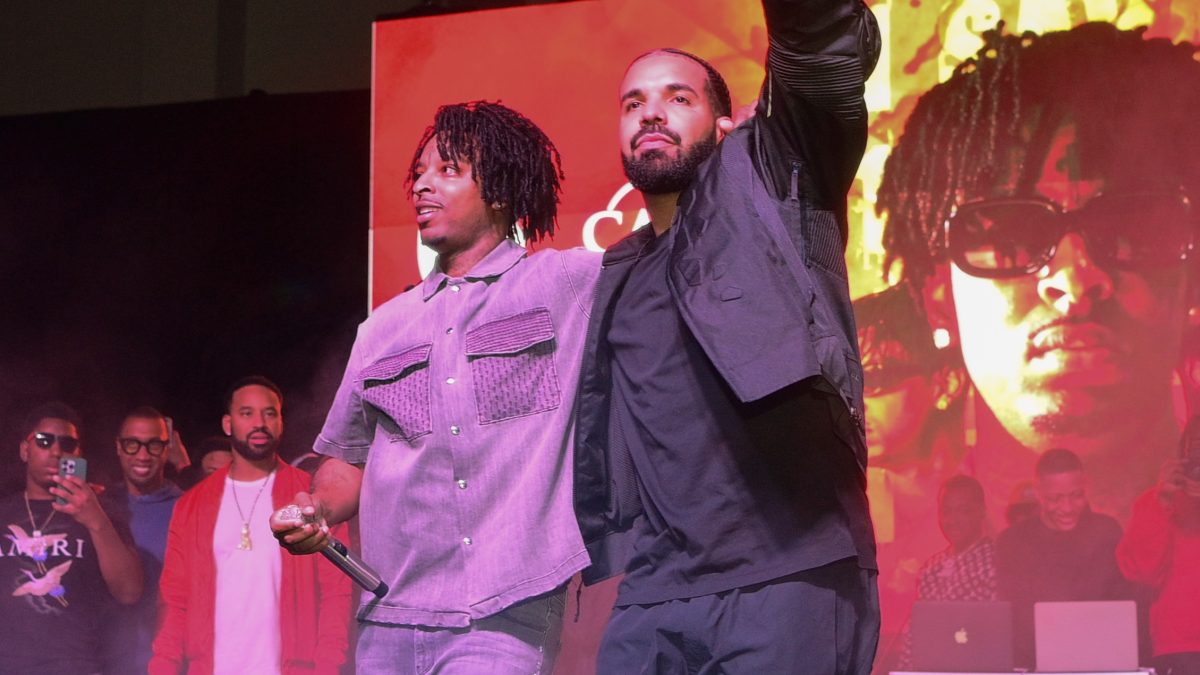 Drake and 21 Savage‘s Her Loss album has debuted in the top spot on this week’s Billboard 200 chart thanks to some hefty sales figures.

The pair released their first collaborative project last Friday (November 4) to a fanfare of both praise and controversy. While many fans expressed how much they loved the album, it was marred by mild controversy relating to some of Drizzy’s lyrics.

According to HITS Daily Double, Her Loss bagged the top spot on the album chart with 411,000 equivalent units sold in its opening week.

Drake had a lot to get off his chest on Her Loss, from subliminally dissing DRAM over their 2015 song spat to calling Serena Williams’ husband Alexis Ohanian a “groupie”and seemingly shading “Munch” sensation Ice Spice.

Drizzy even threatened to reignite his fued with Kanye West by suggesting their 2021 reconciliation was nothing more than a favor to Rap-A-Lot Records CEO J. Prince.

However, one of the biggest talking points of the album was when Drake appeared to insinuate that Megan Thee Stallion lied about Tory Lanez shooting her. “This bitch lie about getting shots, but she still she a stallion/ She don’t even get the joke, but she still smiling,” he raps on “Circo Loco.”

Megan fired off several tweets in response to Drake’s lyrics, slamming him and other rappers for using her trauma fuel for jokes and clout.

However, according to Lil Yachty the lyrics weren’t about Megan. Instead, he said they were aimed at women who get butt shots and implants.

“I’mma clear this line up cuz I know Drake’s not gonna do it,” Lil Yachty said during an IG Live. “Had nothing to do with Megan. It’s just about women lying about their butt being real when it’s not. And like “stallion” as in ‘she’s still fine.’ Like a stallion! That was it.”

The Houston Hottie received an outpouring of support from over a dozen public figures in response to the social media chatter sparked by the comments Drizzy allegedly made about her.

According to 21 Savage, he was partly responsible for Drake’s barrage of disses on Her Loss.

Speaking on DJ Akademiks’ Off the Record podcast, he explained how he encouraged Drizzy to let the proverbial chopper fly.