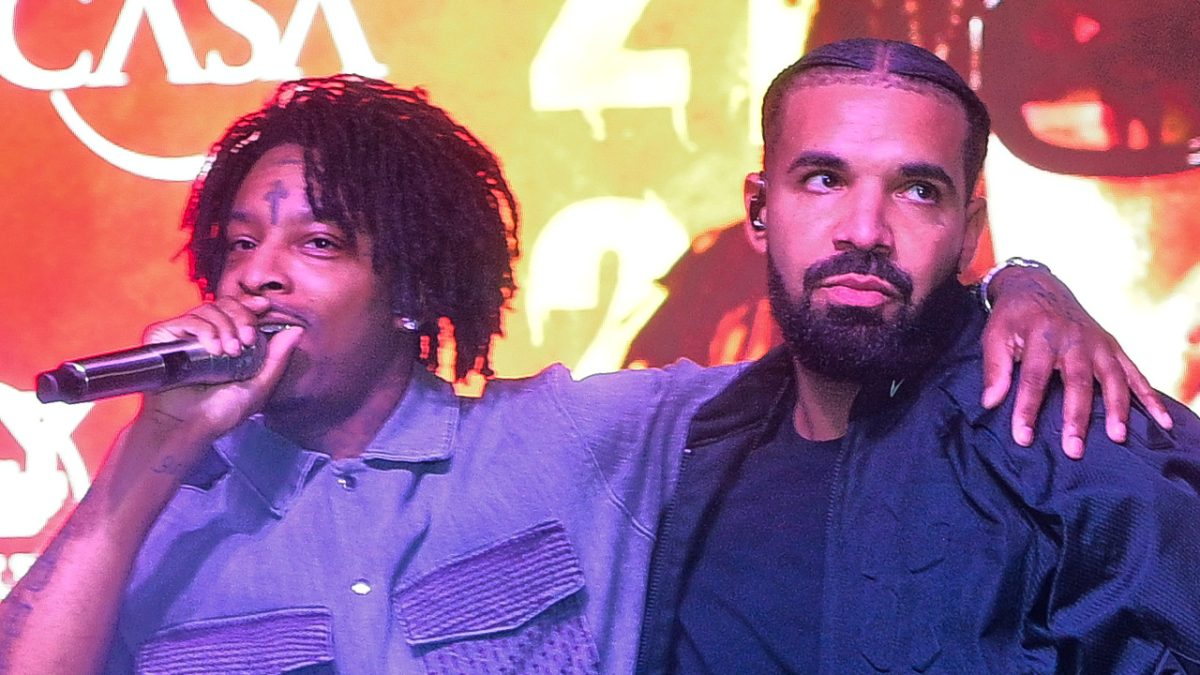 21 Savage has admitted he’s partly responsible for Drake’s barrage of disses on their joint album Her Loss.

During an appearance on Akademiks’ Off The Record podcast, the Slaughter Gang rapper revealed was fully aware of Drizzy’s lyrical darts while making the project — and only encouraged him to let the proverbial chopper fly.

Drake had a lot to get off his chest on Her Loss, from subliminally dissing DRAM over their 2015 song spat to calling Serena Williams’ husband Alexis Ohanian a “groupie” and seemingly shading “Munch” sensation Ice Spice.

Drizzy even threatened to reignite his fued with Kanye West by suggesting their 2021 reconciliation was nothing more than a favor to Rap-A-Lot Records CEO J. Prince.

However, one of the biggest talking points of the album was when Drake insinuated that Megan Thee Stallion lied about Tory Lanez shooting her. “This bitch lie about getting shots, but she still she a stallion / She don’t even get the joke, but she still smiling,” he rapped on “Circo Loco.”

Megan fired off several tweets in response to Drake’s lyrics, slamming him and other rappers for using her trauma fuel for jokes and clout.

“Stop using my shooting for clout bitch ass N-ggas! Since when tf is it cool to joke abt women getting shot !” she snapped. “You n-ggas especially RAP N-GGAS ARE LAME! Ready to boycott bout shoes and clothes but dog pile on a black woman when she say one of y’all homeboys abused her.”

Megan’s fans also came to her defense and dragged the 6 God on social media, including celebrity cosmetic surgeon Dr. Miami, who posted a viral TikTok ribbing Drake over his rumored liposuction.

While the reactions to Her Loss continue to pour in, Drake and 21 Savage are still focused on the rollout for the album. The latest segment in the fictitious promo run comes courtesy of a performance of “Privileged Rappers,” filmed in the style of the popular YouTube series COLORS.

The “Knife Talk” duo previously graced the cover of a mock Vogue magazine, sat down for a deepfake interview with Howard Stern and fooled fans into thinking they performed on SNL, complete with a Michael B. Jordan intro.