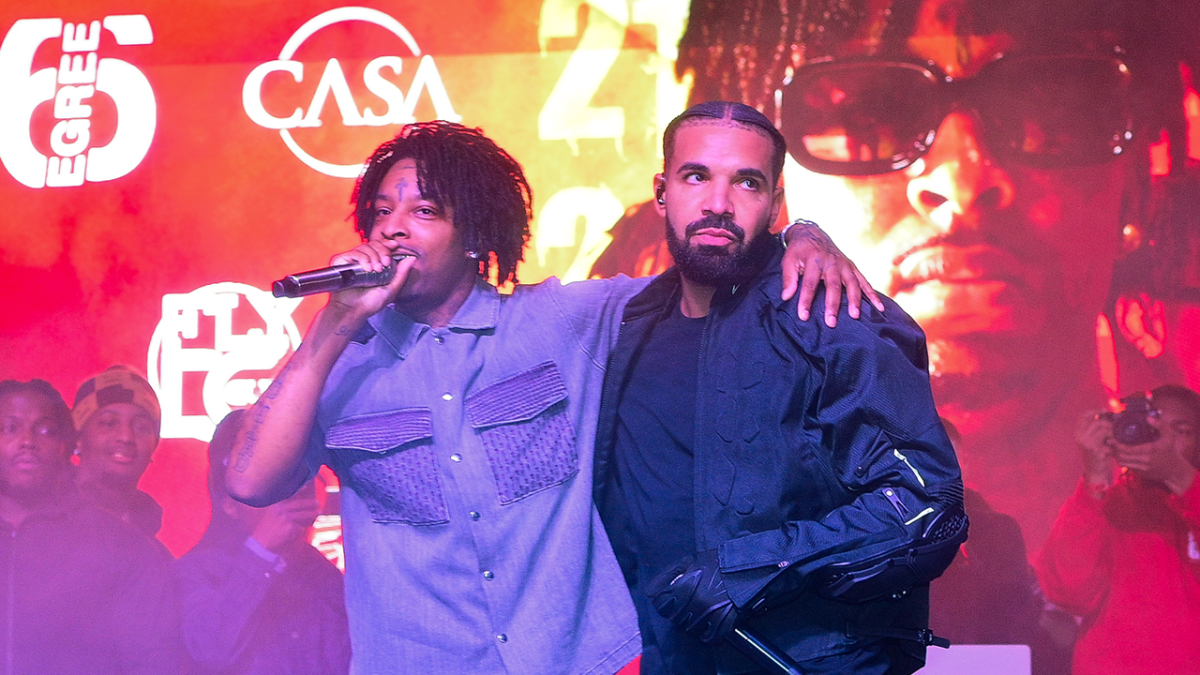 Drake & 21 Savage Cover ‘Vogue’ Magazine Ahead Of ‘Her Loss’ Album

Drake and 21 Savage have covered the latest issue of Vogue alongside one another as their Her Loss joint project is set to arrive later this week.

The fashion magazine cover hit stands on Monday (October 31) featuring the pair of rappers draped in black threads with 21 keeping his face covered with his hand.

“Me and my brother on newsstands tomorrow,” he wrote. “Thanks @voguemagazine and Anna Wintour for the love and support on this historic moment Her Loss Nov 4th.”

Drake gave Vogue a shout-out on the 21 Savage-assisted “Jimmy Cooks” which landed on his Honestly, Nevermind album in June and topped the Billboard Hot 100.

“Bitch, don’t tell me that you model if you ain’t been in Vogue,” he raps.

Drake and 21 Savage announced their Her Loss joint project in the “Jimmy Cooks” video on October 22. The album was slated to arrive on (October 28) but with Noah “OVO 40” Shebib contracting COVID-19 last week, Drizzy decided to push the album back to November 4.

Earlier this month (October 19), 21 Savage surprised the crowd at the Morehouse-Spelman homecoming concert at the Forbes Arena in Atlanta by having Drake pop up to perform “Jimmy Cooks” live for the first time.

The 6 God also treated fans at the event to a performance of “Nonstop” off his 2018 album Scorpion.

Look for Her Loss to arrive on November 4.