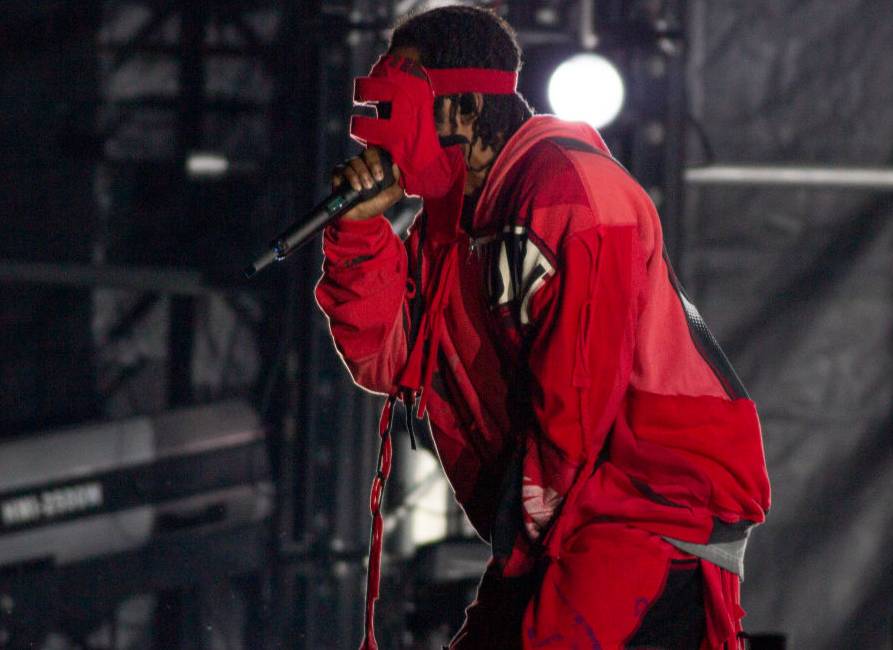 One of the most common phrases uttered amongst pop culture consumers these days is “get them off Twitter!”

Throughout the years and in most recent memory, people like Nicki Minaj, Kanye West, Lil B, (fat) Gucci Mane and many more have all been on tyrannical social media tirades that deserve the tying of their Twitter fingers.

Amidst the angry tweets about cheating streaming numbers and videos of throwing hands, there are a small handful of rappers whose presence on social media could actually be increased. Whether it be to make Instagram timelines a more wholesome place with their lighthearted jokes or perhaps it’s dropping 140 character gems that shatter the Twittersphere with straight knowledge, these select few rappers aren’t just desired on the TL, they’re required.

Jadakiss is one of rap’s most authentic street voices; both figuratively and literally. There is no denying his hard-earned street cred but when it comes to his moderate Instagram use, Kiss is anything but mean mugging. Fans can catch him attempting to breakdance on Instagram Live all the while getting LOX-approved motivational one-liners from his Twitter. “Be Grateful! Don’t be Ungrateful” and “Stay Golden Stay Mighty and Stay quiet” are amongst his most recent gems.

Somebody find that reply I just hit please . I'm new on this . Anyway salute to anybody who made a song to feed their family or just vent .

Despite rapping the line “fuck hashtags and retweets, 140 characters in these streets,” the most obvious person the world needs on social media more is Jay himself. Jigga Man has always been quiet on Twitter and only graced the ‘Gram for a single day using @Hovsince96 as his now-deactivated handle. Although his presence on IG would definitely be a present to all, it’s those 140 characters on Twitter where Hov does (and could do more) great work. From shouting out all of the veteran and modern-day greats to sharing the Carter household playlists, Jay really keeps his 3.2 million followers on the edge of their seats for that next scripture worthy tweet.

No rapper on the Internet has mastered the art of dunking on egg-profile picture users more than ScHoolboy Q. The TDE rapper is one of the best follows on Twitter, Instagram, SnapChat or really any other platform where clowning pedestrian people are championed. Some of his most iconic tweets are quoted clapbacks to the haters denouncing his music while his best Instagram videos are candid narrated gamer videos or goofing off with fellow rappers. Q’s presence on social media is definitely felt but how great would it be if he could flex on even more mindless Twitter users for our amusement?

Kevin Gates is a polarizing figure in Hip Hop; both on and off the mic. His music can be devoutly heartfelt and in the same breathe be terrifyingly trappy – making him a perfect social media follow. His Twitter is filled with motivational quotes even grandparents would approve of like “Keep your intentions pure although we may have gotten hurt we’re not here to hurt others.” But then he’s quick to send out “I ain’t gone Lie – I’m bout eatin dat Pussy” which really balances the scales. Perhaps what’s best about Kevin Gates’ social media is his unwavering desire to do Q&As with fans. Whether it be on Instagram Live or Twitter, it’s seemingly easy to get Kevin to answer your burning questions.

Kung Fu Kenny has always been both cryptic and quiet on social media. At first glance, his Twitter just looks like a promotional platform for the entire TDE roster or simply a slew of DAMN. pop up shop retweets but there are some scattered insights. He will quietly tweet out non-TDE music he’s listening too (most recently the late XXXTENTACION). His Instagram is even more enigmatic with an abysmal 25 posts since 2017 – most of which promoting his Nike Cortez and DAMN. Tour. This guarded attitude is what makes Kendrick so fascinating but every once in awhile it would be nice to have K. Dot grace the internet with some behind-the-scenes gems or really anything to let fans get a closer look into one of today’s greats.

Grown Simba’s social media use comes in waves – similar to his musical output. One month he’s doing plenty of features and tweeting regularly but then six months will pass and fans haven’t heard a peep. Cole’s social media presence is felt in full force when he’s dishing serious social commentary. Whether that be about the NFL and Kaepernick or about mental health in the rap community. With J. Cole being the self-proclaimed “big bro and lil bro” he is, helps bridge the gap between generations thanks to some well-timed tweets.