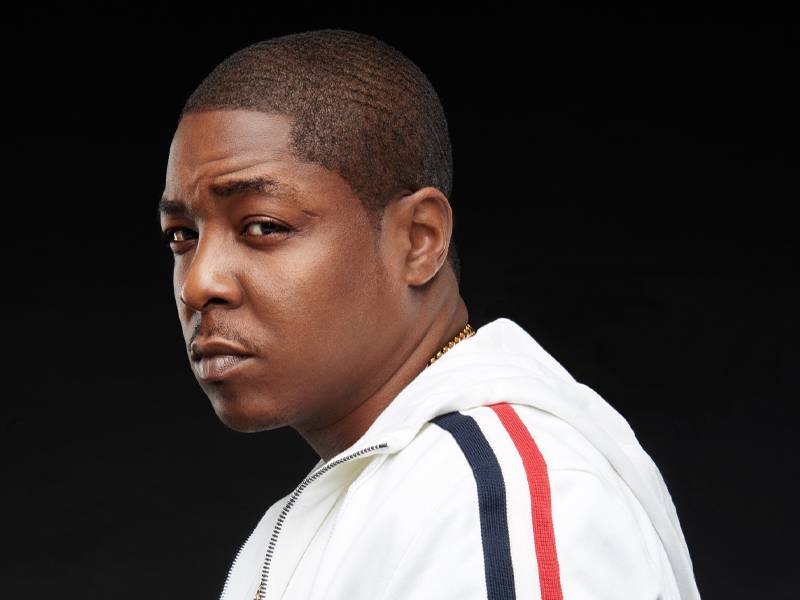 Mr. Top Five DOA Jadakiss is teaming up with nonprofit Fuck Cancer, which is currently in its 10th year.

To celebrate his forthcoming album IGNATIUS and honor the memory of his late friend Jay “Icepick” Jackson (who passed away from cancer in 2017), Jada will be hosting an evening of fundraising and music in New York City on November 21.

As the rapper tells HipHopDX, the partnership couldn’t be more fitting, considering the profound impact Jackson had on his life and the impact his death ultimately had on him.

Kiss first met his mentor as a teenager when Jackson worked as a jeweler at Blackmans, which was located inside Mart 125 — a former city-owned vendor’s market on 125th in Harlem across from the Apollo Theater.

“He always had a different energy about him,” Kiss says.

Years later, Jackson joined the Ruff Ryders staff as an A&R and manager, working on the imprint’s famed compilations and eventually all of Kiss’s solo projects.

After Ruff Ryders co-founder Darrin “Dee” Dean was critically injured when his all-terrain vehicle hit a parked truck in the Bronx in 2001, Jada hired Jackson to work for him. The two (aside from music) partnered for So Raspy, an umbrella which included a label, online media platform and clothing.

Happy birthday to my brother / partner / A&R / Guidance counselor etc May you rest in Eternal peace ! Loved and missed daily

As Kiss explains though, their relationship ran more profound than just business. Before his death, Jackson had influenced him to change his lifestyle drastically.

“He gave me a bunch of some probiotics to take, he gave me a regimen for workout … he made sure that I stopped eating meat,” Jada explains. “I stopped eating bad, and I was just on the right path. Then he died on me. It was a shock to my life.”

This influence is one that famed Ruff Ryder’s producer Swizz Beatz says he also felt.

“When you hear that voice in your head telling you to do the right thing … that’s Icepick Jay telling you,” Swizz noted in a statement. “As men, we need to take care of ourselves.”

Beyond mentorship and the music industry, Jadakiss and Icepick were close friends.

“He would call me every morning, nothing to do with music, just life … things of that nature,” he adds before taking a short pause. “He was a big part of my life.”

During the last months of his life, Jada says he had a hard time connecting with Jackson in person.

“He knew he was sick, but he didn’t want me to know,” The LOX member recalls. “When I finally got a chance to see him, it broke me down. His passing screwed up my life to a certain extent.”

His upcoming project IGNATIUS is named after Jackson’s government name and serves a tribute to his friend. For Jada, it’s also a way to get himself through a challenging time in his life.

“I started off getting production and all of that when he was still alive,” he says. “We had maybe seven tracks that we knew that we were going to use … when he died, I switched the whole project.

Jada then used ideas Jackson had as well as bucket-list features he had always wanted his friend to knock out.

“I did the whole project around him,” he says. “You know what I mean? I want to give some of the proceeds to his kids and have some closure.”

This is called living , don’t ever forget it, sky is just the view baby it’s never the limit

Kiss is quick to point to the good in the situation — namely the immense amount of love and legacy Jackson left behind.

“It was the most incredible funeral I’ve ever seen besides Heavy D,” he says. “People spoke super highly of him; colleagues and friends he went to school with … they all turned out to be great people — lawyers, business owners etc.. It was just a beautiful outcome despite the sadness.”

Tickets for Jada’s fundraising event are available for $40 and in the form of Fuck Cancer t-shirts. Guests must wear their shirt to gain entry to the event.