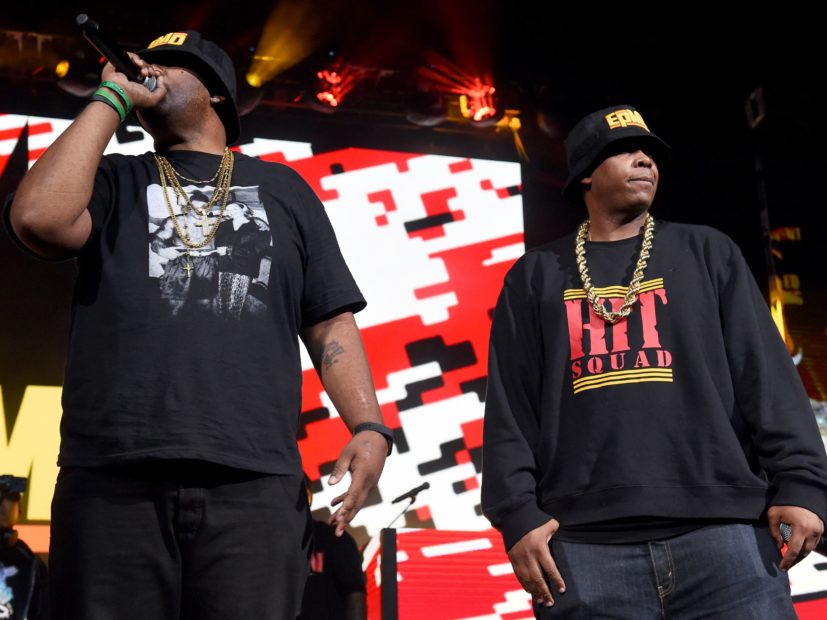 Hip Hop was in the building on Friday night (January 18). EPMD, Rakim, The LOX, Brand Nubian, Black Moon and Funk Flex were all on deck for a sold out show at New York City’s famed Apollo Theater.

“Last night’s show at the Apollo Theater was incredible, classic Hip Hop,” EPMD’s Parish Smith tells HipHopDX. “I was happy to see golden era legends come around full circle and get their just due. The last time I was in the Apollo in front of a sold out crowd with energy like that was in 1992 with the Hit Squad. New York City definitely came out to represent and show love to the golden era legends of Hip Hop.”

The SOLD OUT This is Hip Hop goes down down tonight! Welcoming THE LOX, #EPMD, @RakimThaGod, #BRANDNUBIAN#BLACKMOON, @funkflex and more to this stage!! pic.twitter.com/GDDSKplTdu

During EPMD’s performance, Parish (yes, Parish with one ‘R’) and his partner-in-rhyme Erick Sermon erupted into a cover of A Tribe Called Quest’s “Scenario” in honor of the late Phife Dawg. Jarobi shared a clip of the duo spitting the Five-Foot Assassin’s verse on Instagram.

“This really warms my heart!” he wrote in the caption. “Y’all know EPMD was Phifey’s favorite! Shit mine too! Lol.”

The legendary Phife Dawg passed away in March 2016 from complications stemming from diabetes. During Tribe’s final Denver show in August 2017, Q-Tip teared up on stage talking about his late bandmate.

“I know that when Phife and I first started rhyming we were like 9 [years-old] and we heard ‘Rapper’s Delight,’ and he was the one who encouraged me,” he said. “When Run-DMC came out, because they were from our neighborhood, he was like, ‘So we can do it, too.’ You know, I know my man is here enjoying this, so we just wanted to play one of our favorites [‘Butter’].”

Phife was 45 at the time of his death.

Check out more photos and video of the event below.

Fun times at the Apollo last night. @keithmurrayrap came out with #EPMD. #MostBeautifullestThingInThisWorld

The #Apollo @ApolloTheater was on fire last night #HipHop is #Real THANK YOU #APOLLOTheatre SALUTE #AdamTorres for bringing this venue to NYC. Most needed and appreciated pic.twitter.com/3EKZ0LQ4ec

About last night…One of the dopest shows I’ve been to, and even better that it was at The Apollo. Also, only Rakim can stand there saying nothing while the crowd recites his rhymes. #thisishiphop #theapollo #hiphop #legends #smiffnwessun #blackmoon #brandnubian #epmd #rakim #thelox #blackrob #keithmurray #juniormafia #nyc