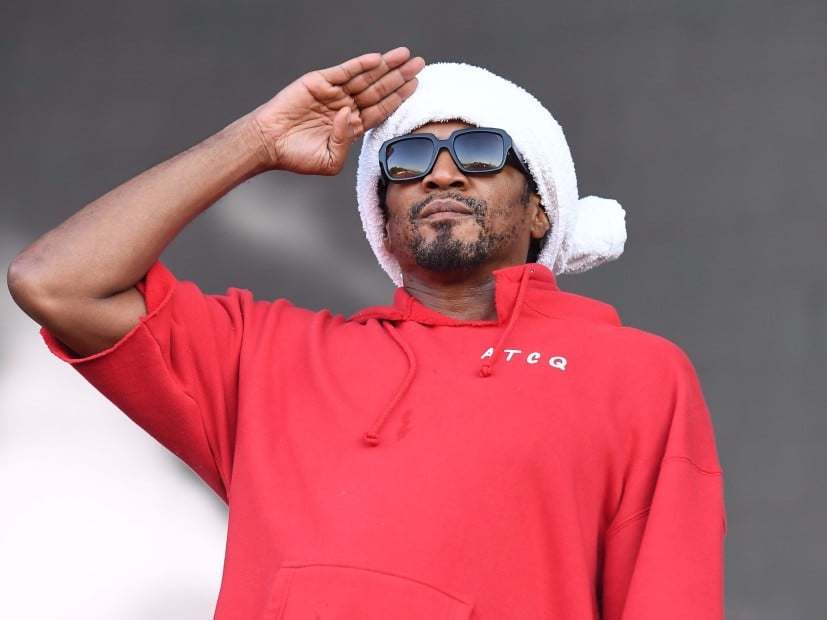 A Tribe Called Quest descended on Red Rocks Amphitheater in Morrison, Colorado on Thursday night (August 10). As Tribe continues to mourn Phife Dawg’s untimely 2016 death, Q-Tip, Jarobi, Consequence and Ali Shaheed Muhammad honored him in such a way that his spirit was felt throughout the nearly two-hour set.

With the spotlight on an empty microphone stand and the Five-Foot Assassin’s photo looming behind, any time a Phife verse would start, Jarobi, Tip and Cons would turn their backs on the crowd, and look at Phife’s photo, allowing his bars to take centerstage.

There was one particular moment when Tip couldn’t hold his composure as he talked about his late friend, someone he’d known since they were little kids running around the streets of New York City. As his eyes welled up with tears, there was such a long, dramatic pause between words, the Hip Hop luminary apologized to the crowd.

“This will be our last show in Denver, but we want y’all to keep listening to us and enjoying us,” Tip said with an interim pause. “We appreciate it … I apologize for that. You know, I know that when Phife and I first started rhyming we were like 9 [years-old] and we heard ‘Rapper’s Delight,’ and he was the one who encouraged me. When Run-DMC came out, because they were from our neighborhood, he was like, ‘So we can do it, too.’ You know, I know my man is here enjoying this, so we just wanted to play one of our favorites.”

The song he was referring to was “Butter,” which appears on Tribe’s 1991 classic, A Low End Theory. When Phife first heard the beat, there was a little battle over who would appear on the song.

“When I first did the beat, he came in the studio with some chicks,” he said. “I was in there working all night in the studio, so I played the beat, Ali’s in there, he’s like, ‘Yo this is my solo shit.’ I was like, ‘Nah, we both on it. He was like, ‘Nah fuck that. This is my record.’ And it is his record. It’s my favorite. Enjoy it.”

From “Award Tour” and “Dis Generation” to “Electric Relaxation” and “We The People,” Tribe enthusiastically spanned their entire catalog, performing a packed setlist.

Afterwards, in the catering room backstage, Tip, Jarobi, Cons and Ali Shaheed took some time to talk to the small handful of people with the appropriate credentials. Tip touched on Phife and his struggle with diabetes.

“It was hard for Phife,” Tip told HipHopDX. “He was addicted to sugar.”

It was a difficult subject for Tip, but he was open to talking about it, and admitted he was moved to tears during the show. Judging by their deliberate choice to honor Phife throughout the entire set, they clearly have no intention of letting Phife’s spirit dwindle nor will they ever try to replace the irreplaceable. After all, he had his own mic the entire evening and no one else ever touched it. It was as if he was there all along.