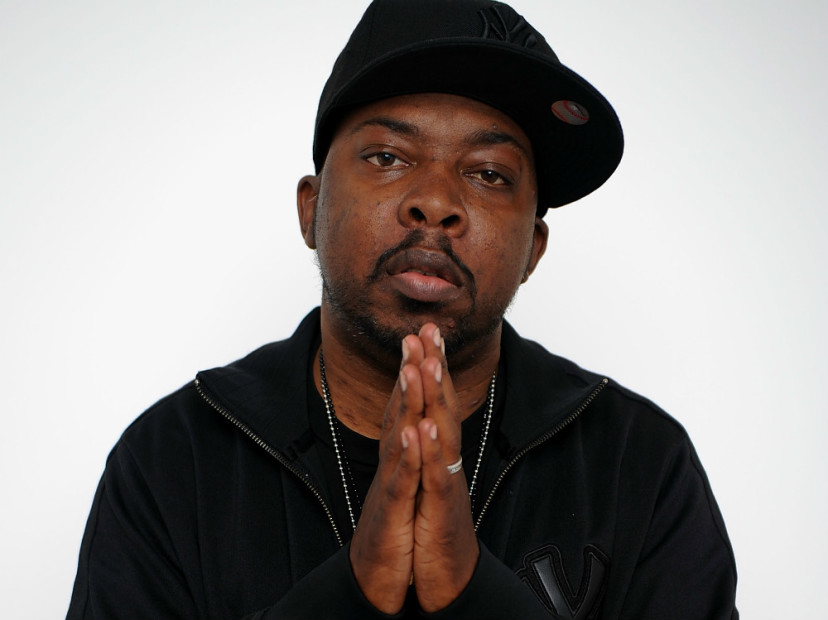 Phife Dawg will now forever be a part of Queens as a portion of Linden Boulevard was officially renamed “Malik ‘Phife Dawg’ Taylor Way” at a ceremony held today (November 19) in the city.

The A Tribe Called Quest rapper’s mother was on site along with Councilman Daneek Miller, who helped Phife’s wife, Deisha Head Taylor, get the legislation for the sign passed. Q-Tip and Jarobi were also in attendance as the tribute was unveiled.

The Five Foot Assasin died of complications due to kidney failure in March. He was a proud representative of Linden Boulevard and shouted it out in a handful of his rhymes. A Tribe Called Quest released its final album, We got it from Here… Thank You 4 Your service earlier this month will all new Phife Dawg material recorded before he passed.

Check out scenes from the unveiling of “Malik ‘Phife Dawg’ Taylor Way” below.

(This article was first published October 25, 2016 and is as follows.)

The late great Phife Dawg is set to be honored with a street in Queens named after him that will be unveiled November 19 at 1 p.m. EST, according to a press release.

The Tribe Called Quest member will be paid tribute to when a portion of Linden Boulevard at 192nd Street is changed to “Malik ‘Phife Dawg’ Taylor Way” at the ceremony.

Phife Dawg’s wife, Deisha Head Taylor, led the charge to have her husband honored with the street that he repped multiple times in his music, including on “Check The Rhime” and “Steve Biko.” She worked closely with Councilman Daneek Miller to get the tribute approved. The bill was officially signed in August by New York Mayor Bill de Blasio after Phife Dawg passed away in March from complications due to diabetes.

“The thought of having Linden Boulevard at 192, renamed to Malik ‘Phife Dawg’ Taylor is indescribable,” Mrs. Taylor exclaimed. “This is a perfect representation of who Malik was, and what Queens meant to him. Whenever he mentioned Queens, Linden Boulevard at 192, was a focal point of reference, so I am certain he would be pleased with having it renamed in his honor. We are extremely grateful for those who were part of the entire process; from the initial effort to the signing of the bill, this historical moment means so much to his family, friends, and fans.”

Teespring partnered with Phife Dawg’s family and best friend, Dion Liverpool, to make an official T-shirt commemorating the honor. The shirt shows the new street sign and a lyric from “Jazz (We’ve Got).” Liverpool says this is official merchandise, complete with a logo paying homage to the Five Foot Assassin.

“Soon after Phife passed, people started making tees with his likeness or name on it.  Fans naturally bought them because they wanted to express their love for Phife,” he says. “We decided to make ‘Official Phife Apparel’ to give his fans something authentic and approved by his family.  The good people at Teespring created an excellent design that we love, and now we can offer fans men’s tees, women’s tees and hoodies as a keepsake from Phife and the street co-naming.  Look out for other Phife official gear coming soon, and stop unknowingly buying bootleg stuff please!”

Check out the official Phife Dawg T-shirt below and cop it off of TeeSpring while supplies last. If you looking to support even further, all of Tribe Called Quest’s music can be found on Spotify.