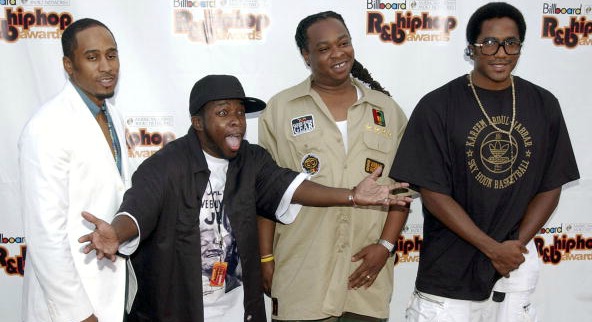 In the age of the all-powerful Internet, every time a tenured pop cultural figure passes away, they’re immediately promoted to legendary status and their contributions within their area of expertise can often be exaggerated thanks to wavering emotions.

For the record, that is far from the case with the passing of Malik Isaac Taylor, best known by his moniker Phife Dawg and placement in the iconic rap group, A Tribe Called Quest. The witty lyricist–who once referred to himself as “a funky diabetic”–died yesterday, March 22 at the age of 45. Although his death has yet to be officially confirmed, he famously suffered from Type-1 diabetes and underwent kidney transplant surgery in 2008.

Time has made it inevitable for there to be a ton of old rappers. There are also a ton of “veteran” rappers. By way of timestamp, A Tribe Called Quest falls underneath such generic labeling. But if there is a Hip Hop act whose music, ethos, styles and lyrics defined a traditional sound and reverb on the culture as we’ve come to champion, it is the Midnight Marauders.

At the dawn of the 90s, the East Coast (namely New York City) had established a stronghold on the Hip Hop movement in terms of visibility with Tribe helming the Native Tongues movement. Phife merely accented the group’s first outing, 1990’s People’s Instinctive Travels and the Paths of Rhythm a.k.a. Long Ass Classic Album Title by the next year’s follow-up, The Low End Theory, he had emerged as blacktop street yang to Q-Tip’s Afrocentric yin; armed with relevant punchlines for every tooth in his mouth. Both aforementioned LP’s would go on to achieve 5 mics in The Source well before HipHopDX and the digital space became a favored medium over physical pages. Their third album, Midnight Marauders, remains a beacon for Hip Hop lure in terms of greatest hits material as well as the all-encompassing album covers.

For the next week or so, social media will be ceremoniously christened with #RIPPhifeDawg hashtags and choice quotables from the now late rap great. Seeing that the Queens collective’s first album was released in 1990 and their last in 1998, it’s a safe—scratch that—it’s a absolute assumption that most social media users will be the odd man or woman out.

That is perfectly fine.

Ageism in Hip Hop works both ways. While it’s apparent that the youth actively supports underwhelming music creating a paradoxical definition of talent, the older fans can come off as cynical and defensive; naive of their newfound role as a teacher with each increasing gray hair and expansion to their immediate family.

If you see someone openly admitting they don’t know Tribe’s music well, don’t be so quick to reach for that Internet drag button. The official “Can I Kick It?” Vevo video (y’know, the song, that gave music the “Can I kick it? Yes you can!” catch phrase?) has under one million views. None of the group’s members are prevalent on nighttime reality television, either. Jarobi is now a self-employed chef, Ali Shaheed Muhammad still tours the globe as a DJ and also hosts his own show on NPR and Q-Tip was recently named the first ever Hip Hop curator for the Kennedy Center. Relevancy comes and goes but legacy is forever.

To celebrate the life of Phife Dawg, here are ten great A Tribe Called Quest songs that Phife shone on. R.I.P. Malik “The Five Foot Assassin.” You were smooth like butter.

Unbelievable Lyrics: “Sleep if you want, NyQuil will help you get your Z’s, troop/But here’s the real scoop/I’m all that and then some, short, dark, and handsome/Bust a nut inside your eye to show you where I come from…” from “Scenario”

Phife Did-awg once went on record saying he ensured he was first up to the bat on “Scenario,” since mix show DJ’s didn’t always spin the full record. His fierce lead-off helped give the posse cut with the Leaders of the New School the reputation of the hardest song of its kind.

Unbelievable Lyrics: “Styles upon styles upon styles is what I have/You wanna diss the Phifer but you still don’t know the half/I sport New Balance sneakers to avoid a narrow path/Mess around with this you catch a size eight up your ass…” from “Buggin Out”

Few artists (or people for that matter) get a second chance at making a first impression. After redshirting for most of People’s Instinctive…, Phife made sure his presence was felt and like the song’s title says, he bugged out completely, in the lyrical sense. He also kept a pair of Nike’s in the closet just in case the ass kicking muddied up his 574’s.

Da art of storytelling is a craft tackled by many but mastered by few. Phife’s “problems” skating through the streets of Linden translated well on this “8 Million Stories” solo endeavor, which also paved the way for his criminally slept-on debut album, Ventilation: Da LP.

Unbelievable Lyrics: “Now that I got that out my system/Watch me stab up the track as if my name was OJ Simpson/I packs it in like Van Halen/I work for mine, you, you’re freeloading like Kato Kaelin” from “The Hop”

Yeah, nobody believed OJ was innocent before FX was seeing their ratings spike. Lyrically, he constantly got off like OJ.

Unbelievable Lyrics: “Now you caught my heart for the evening/Kissed my cheek, moved in, you confuse things/Should I just sit out or come harder?/Help me find my way” from “Find a Way”

The late, great J Dilla masterfully helped ATCQ deliver arguably their most radio accessible jam of their career and Phife was there right front and center, assisting with the chorus.

Unbelievable Lyrics: “If your hair and eyes were real, I wouldn’t have dissed ya/But since it was bought, I had to dismiss ya/But if you can’t achieve it, then why not try and weave it/If you can’t extend it then you might as well suspend it/If you can’t braid it, best thing to do is fade it/I asked who did your hair and you tell me Diane made it/If you were you and just you, talk to you, maybe/But I can’t stand, no bionic lady…” from “Butter”

The irony on how the pendulum shifts within the culture should not be lost on anyone. Nowadays, if you’re not faking your biology, you’re not winning. Just ask any reality star—male or female.

Unbelievable Lyrics: “Should I release the lever, the lever of the clever/Embellish on the funk as we start to endeavor?/The roots of the rap filling up the gap/With the smash of a hand and a little toe tap” from “Push it Along”

The boom bip that Tribe displayed on their opening song on their first album went on to carve on their legacy and inspire legions of fans to this day.

Unbelievable Lyrics: “Some brothers try to diss but Malik, you see ’em bitching/Me no care about them dibby MC, my shit is hitting/Trini gladiator, anti-hesitaterShaheed push the fader from here to Grenada/Mr. Energetic, who me sound pathetic?/When’s the last time you heard a funky diabetic?” from “Oh My God”

Probably the last time we heard him. R.I.P. to Dilla.

Unbelievable Lyrics: “Hair is crazy curly, flip like Mr. Furley/To this day I still believe that no MC can serve me/Brothers try to front, but everybody know/I get more props than the Arsenio Hall Show… from “Vibes & Stuff”

A non-single gem wedged in the thick of The Low End Theory that rarely gets commercial conversation but still ranks high in importance as it doubled as salute to fallen MCs. Also, Phife’s range on pop culture TV is incredibly diverse.

Unbelievable Lyrics: “I like ’em brown, yellow, Puerto Rican or Haitian/Name is Phife Dawg from the Zulu Nation”

Don’t ever settle for second-hand rates. If you ever this line of any variation on a song, remember where it came from.

A Tribe Called Quest’s music is available on iTunes, Spotify, Tidal and more. Remember the best way you can support your favorite artist is to make sure your catalog isn’t bootleg.