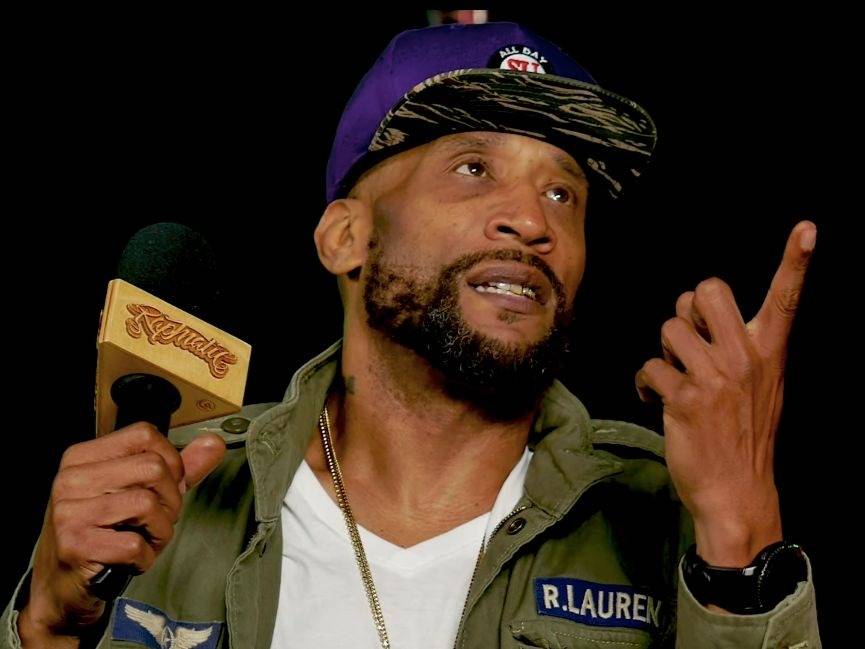 Lord Jamar & His Contradictory Ramblings Sum Up His Soapbox Career

Lord Jamar has a history of sparking heated debates with his often controversial takes on Hip Hop culture, especially when it comes to Eminem.

Fine. He can have his opinions.

But when you go on the RapMatic show — hosted by Battle Code’s Bosschick Raine (A WOMAN) — and emphatically state, “I don’t fuck with female rappers” then follow it up with, “Hip Hop is the masculine side of black music and R&B is the feminine side,” that’s where it gets murky.

Women have been at the forefront of the culture since its inception — from Cindy Campbell who was instrumental in throwing the infamous Kool Herc party on August 11, 1973 at 1520 Sedgwick to MC Sha Rock with the Funky Four +1.

While the Brand Nubian MC calls Rah Digga and Bahamadia “dope,” he insists there’s no reason for him to listen to their music because he can’t relate. How would he know they’re “dope” if he NEVER dove into their catalog?

But here we are. It could be argued Lord Jamar hasn’t contributed to a celebrated album since 1990’s One For All or 1993’s In God We Trust. It seems he’d rather tear apart other MCs who are contributing to the culture than actually pick up a mic and spit some real shit. Here he is dismissing female rappers because of their content when he isn’t even creating any. In fact, it’s been 13 years since he dropped his one and only solo project, The 5% Album.

He also had the nerve to say all women basically rap about is makeup and going to the club. Has he heard Rapsody’s EVE? Has he truly listened to Bahamadia’s latest single “We Here?”

As Lord Jamar told Raine, “Do I want to listen to a female rhyming about female shit? It doesn’t resonate with me. When I get ready to go to a club, I’m not putting on my lipstick. That’s what a girl would say.

“Like I said, I’m an alpha male so certain themes are not going to resonate with me — female themes, themes of sucker shit, white people themes — like there’s a lot of shit that I wouldn’t resonate with.”

And here’s another flagrant statement, “Y’all are the only ones who have a problem with this.”

Really? So Lord Jamar believes women are only the people who would take issue with his close-minded comments? There are plenty of men who can easily see through his bullshit. Royce is one of them. And so is former DX editor Andreas Hale.

As Lord Jamar continues to hop from chair to chair pontificating about other people’s careers, maybe he should take a look in the mirror. His ship is sinking — maybe it’s time for him to slow down.