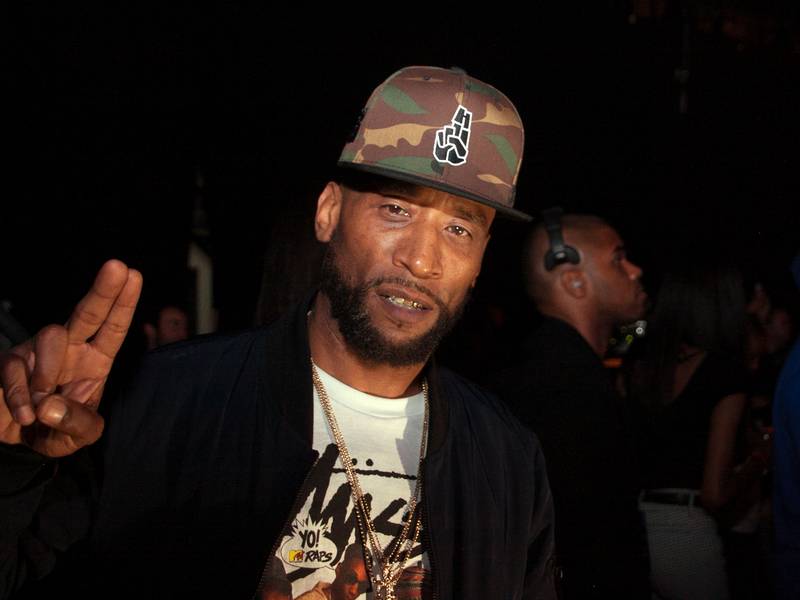 Rapper-turned-human hot take machine Lord Jamar has shared another controversial opinion, this time about women in Hip Hop. During an interview with Battle Code’s Bosschick Raine, the Brand Nubian member — who co-hosts the Yanadameen GODCAST with Rah Digga — detailed why he doesn’t enjoy female rappers and explained how they don’t meet his definition of “real Hip Hop.”

“I don’t fuck with female rappers,” he said before elaborating. “The same reason I don’t fuck with white rappers or wack rappers: I can’t resonate with what a woman is talking about. Now, listen — can I appreciate a sista that can rhyme good? Yes. Rah Digga can rhyme. She’s dope. Bahamadia, dope. But do I wanna listen to a female rhyming about female shit? It doesn’t resonate with me.”

“I love Lauryn Hill, but some people will say that’s not Hip Hop,” he noted. “You got some people that’ll say [The Miseducation of Lauryn Hill] was damn near an R&B album … I loved Lauryn Hill. She was one of the only female albums that I actually really did listen to on some ‘this is the soundtrack for a minute.'”

He also had a justification for enjoying MC Lyte while dismissing women rapping in general.

“Lyte was different because we were younger,” he stated. “It was a different time. And Lyte was almost like a tomboy at that time. And so you kinda knew girls like Lyte, but Lyte’s music was more harder too.”

In response, Raine pointed out how Jamar was equating Hip Hop to his musical taste.

“I like real Hip Hop,” he fired back. “Like I said, I’m an alpha male. So, certain themes are not gonna resonate with me. Female themes, themes of sucker shit, white people themes. There’s a lot of shit that I wouldn’t resonate with. But I resonate with positive, militant, gangsta, sometimes misogynistic music. I’m just keeping it real. I’m just telling you what I like.”

Jamar then claimed masculinity was a defining feature of Hip Hop.

“I feel like Hip Hop is the masculine side of black music and R&B is the feminine side,” he said. “Think about the themes. In R&B, we sing about love and tenderness and shit like that. Traditionally, we do. In Hip Hop, it’s more manly things.”

Raine countered by saying it’s only “manly” because there are disproportionately more men in the spotlight. Jamar responded by going on a tangent about women’s perspectives dominating R&B before returning to his thoughts on Hip Hop.

He later tried to downplay Hip Hop pioneer Sha-Rock, characterizing her as standing out because she was a woman.

Raine voiced her frustration with Jamar’s description of Sha-Rock, which dismissed her as “eye candy or something.”

“Well, partly,” he conceded. “That was part of it though. Because you immediately thinking, ‘This is some man shit’ … All of that was niggas. Sha-Rock was like the first one that you heard … ‘Oh shit, a girl’s on the mic.’ That was the response. And we wasn’t mad at it or ‘get her outta here.’ But she wasn’t rhyming about girl shit either.”

Jamar then reiterated his musical tastes, which he feels represent “real Hip Hop.”

Jamar capped things off by claiming only women have an issue with his opinion.

Check out the full interview with Jamar above and watch HipHopDX’s recent episode of The Breakdown discussing him below.