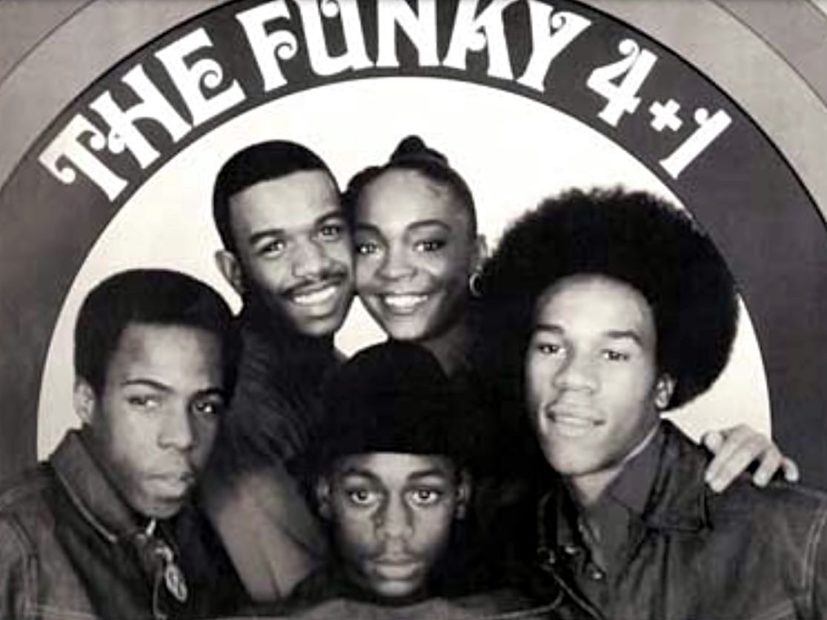 Valentine’s Day 1981. Blondie frontwoman Debbie Harry was acting as host and musical guest for an episode of Saturday Night Live. But this was no ordinary episode.

Harry was allowed to choose anyone she wanted to appear on stage with her. Her pick? Bronx-bred Hip Hop group The Funky 4 + 1.

The “1” represented MC Sha Rock, Hip Hop’s first lady, while the “4” symbolized the other original members of the group: Keith Keith, K.K. Rockwell, Lil’ Rodney C and Jazzy Jeff (no, not Will Smith’s DJ Jazzy Jeff).

Their performance marked the first time a Hip Hop group had appeared on national television. In a 2014 interview with Wax Poetics, Blondie guitarist Chris Stein looked back on the momentous occasion.

“The people on the show were so nervous about them doing it,” he recalled. “I remember trying to explain to them how scratching worked. Trying to verbalize what that is for someone who has no idea, it’s really difficult.”

As they took the stage, the Funky 4 + 1 was introduced as Bronx “street rappers.” Sha Rock was pregnant at the time and rocked a oversized pink sweater to hide her baby bump.

“When you see the SNL Blondie clip, I was pregnant then,” she told me in 2016. “I was feeling nauseous and sick. I was like, ‘Oh god what I have I gotten myself into?’ It was a learning experience. I was 19-years-old and the guys were kind of upset because we were like at the peak of going international.

“It was a slap in their face for me to get pregnant. It made it hard to travel and do stuff because I was pregnant.”

But, as they say, the show must go on. The group performed their big hit “That’s The Joint,” which has been sampled by numerous notable Hip Hop artists such as Beastie Boys, EPMD and De La Soul.

Funky 4 + 1 undoubtedly laid the groundwork for Hip Hop to take shape. They were the first rap act to get a record deal, too. Sha Rock never realized at the time how integral they were to the culture.

“We were just doing what we wanted to do for the love of Hip Hop,” she said. “We were like ghetto-fabulous back then. We were also like stars in our own neighborhood. For us, it wasn’t about the money, it was for the accolades. Whenever you out in the street, they’d be like, ‘That’s Sha Rock. When’s your next show? You’re the baddest female.’

“It was so crazy because you had females coming to see the guys and the males and females coming to see me rhyme, as well. We had the love of the city of New York because we were holding it down. We were giving them what they came for — superior rhyme styling, great delivery, style — along with shows. We used to dress up and do shows to mesmerize people. There was no limit to how long you could rhyme back then either. We made the longest recorded rap song in Hip Hop history until other people was trying to beat the record.”

Revisit the original mix below.