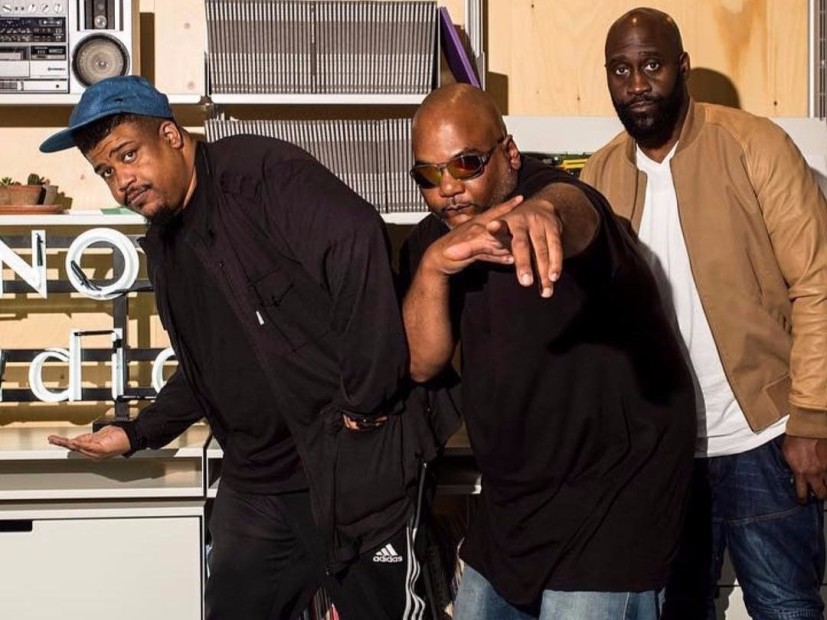 So, when Bandcamp announced 1993’s Buhloone Mindstate — the pioneering Hip Hop group’s third studio album — was available on the site, some assumed that meant all of their music was going to be available.

When initially approached with the information Bandcamp was digitally hosting their music, De La Soul’s Maseo told DX, “That’s news to me.”

But according to Tommy Boy President Rosie Lopez, the release is part of a special vinyl pressing for Buhloone Mindstate‘s 25th anniversary.

“Catalog is not on Bandcamp,” Lopez told HipHopDX in an email statement. “We pressed Buhloone Mindstate on color vinyl for an exclusive (25th anniversary) Vinyl Me Please release earlier this year and did a small run on black vinyl. Just 300 are available on Bandcamp. 500 copies will find their way into retail stores in November.”

However, Lopez said there is “much more to come.”

“We are in the process of preserving all analog tapes for all of the albums and plan to remaster and release on vinyl using 24-bit audio next year.”

In 2015, fellow member Posdnous addressed the legalities of the situation during a Bloomberg interview.

“Unfortunately, a lot of the earlier stuff we did on Tommy Boy [Records], from what we understand, a lot of the legal language that needed to a part of the contracts between ourselves, the owners of the master and the publishing, I guess it didn’t include the world of digital,” Posdnous said. “It was almost specifically to vinyl, cassettes [and] CDs.

“So a lot of those contracts needed to be reworked. So when dealing with that it took a lot [and] is taking a lot of time to reach out to these different people.”

De La Soul’s last album And The Anonymous Nobody was released in 2016. [apple_news_ad type=”any”]