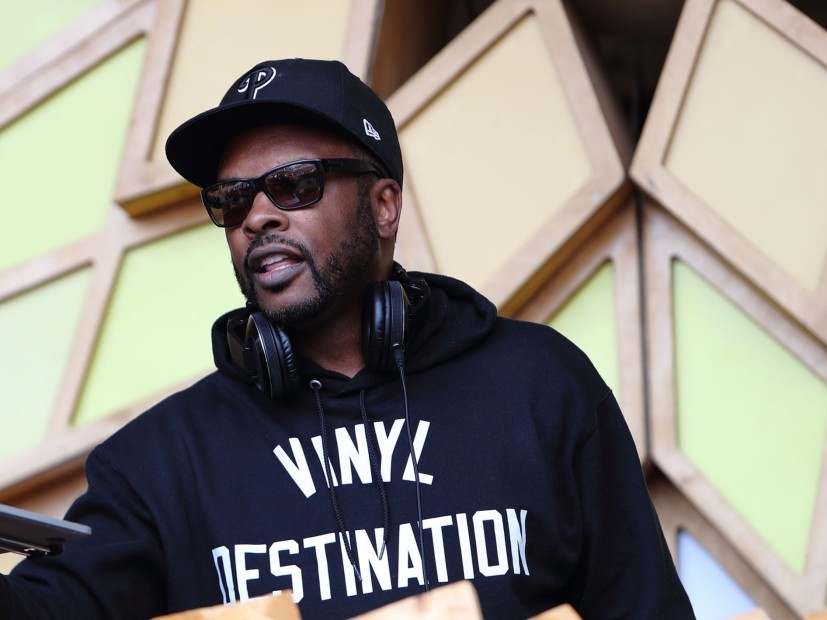 Wilmington, Delaware – The magnificent DJ Jazzy Jeff spends a healthy chunk of his time on the road every year. Following tour stops in exotic locations such as Africa and Switzerland, the turntable legend is back stateside and will perform at Denver’s Goodness Block Party on Saturday (September 1).

Ahead of this weekend’s festivities, Jazzy Jeff is busy getting his travel plans in order after pulling off his annual Playlist Retreat. Although he’s held the event for the past three summers, he calls this one “the smoothest it’s ever been.”

The idea behind the Playlist Retreat is all about collaboration. He invites roughly 75 DJs, producers, singer/songwriters and instrumentalists together to his home in Delaware to fuel creativity. But, it’s not all about music. Mental health was a big topic of conversation this year.

“It’s a very interesting thing that your job is to go out and make people happy through music, but yet no one ever asks, ‘How are you doing?'” Jazzy Jeff tells HipHopDX. “No one ever asks the comedian that makes you laugh, is she happy? I think everybody has lives. Everybody has relationships. There’s nothing different other than your profession that separates you from everybody else, but yet still there’s a whole laundry list of emotional things that no one ever bothers to address.

“It was taboo for so long, and then you start looking up and you’re kind of like, ‘We lost way, way too many of our icons that we put on a pedestal to very normal, basic life issues’ that it’s kind of like, yeah, we need to talk about this.”

But, that isn’t all. The Playlist Retreat 2018 also tackled topics like health, eating better on the road, managing schedules and tracking expenses.

“We all have eating issues because you finished playing at 2 a.m. and the only thing that’s open is the burger spot,” Jazzy Jeff explains. “So, I want to bring somebody here that talks about nutrition but talks about nutrition on the road. What are some of the things that I can throw in my bag that will be better for me than that burger?

“That’s not to say I’m not going to get the burger, but it’s really kind of like let’s all talk about the issues that we have that somebody else doesn’t. People don’t understand that I travel 160 days out of the year. When I come home, the last thing I want to do is go eat in a restaurant.”

PLAYLIST Retreat 2018 was one to remember. Thank You to all the incredible attendees, sponsors and a huge shout out the the amazing staff that makes this work. Stay tuned for more behind the scenes and special guest. @playlistretreat #PlaylistRetreat2018 #PlaylistRetreat

Jazzy Jeff continues making music and keeping up with his hectic touring schedule simply because of his love of Hip Hop and music in general. It’s something he can’t really stop. Anyone with a passion for something understands how that works.

He adds, “I think what you want the retreat to be is I want to take it back when you did this because you enjoyed it because some people don’t realize that they lost some of their love. It’s just kind of like, no. We want to bring that back.”

Denver-based turntablist DJ Low Key, who is at the helm of the Goodness Block Party along with Red Bull Music this weekend, tells DX having Jazzy Jeff on the bill is a dream come true.

“Jazzy Jeff is, in a lot of ways, kind of the best DJ ever,” he says. “There’s a large part of the population who’ve known about him because of his conjunction with Will Smith or maybe saw him on The Fresh Prince of Bel-Air and might have reduced him to a gimmick. But, the fact of matter is Jazzy Jeff — within the DJ community — is kind of the most respected guy, period.

“With that said, he’s kind of the big fish if there’s a big fish in terms of trying to book anyone in particular.”

It's sooooo dope when you and your nephew are on the same bill. @c.syresmith Smashed Soundset!!! #M3FinallyFree

Despite his reputation in DJ culture, Jazzy Jeff still has his feet on solid ground. The humility he projects is nothing to ignore. He still pays tribute to those contributing to the culture. From Mix Master Mike and Shortkut to DJ Qbert and D Styles, he gives credit where credit is due. Without them and the younger turntablists who are just coming up, he says he wouldn’t be here.

“The one thing that’s neat is I love what I do and I love other people who love what they do,” he says. “It’s amazing to me that people think that I don’t pay attention to new music or new DJs or new techniques and new things.

“Looking at guys like Qbert, [Mix Master] Mike, Shortkut and D Styles and all the rest of these guys, they inspire me to keep doing what I’m doing — all the way down to the new generation like the J. Espinosas and the Lazyboys. When you strip everything away, I am a geek and a nerd at heart. Most of us are.”