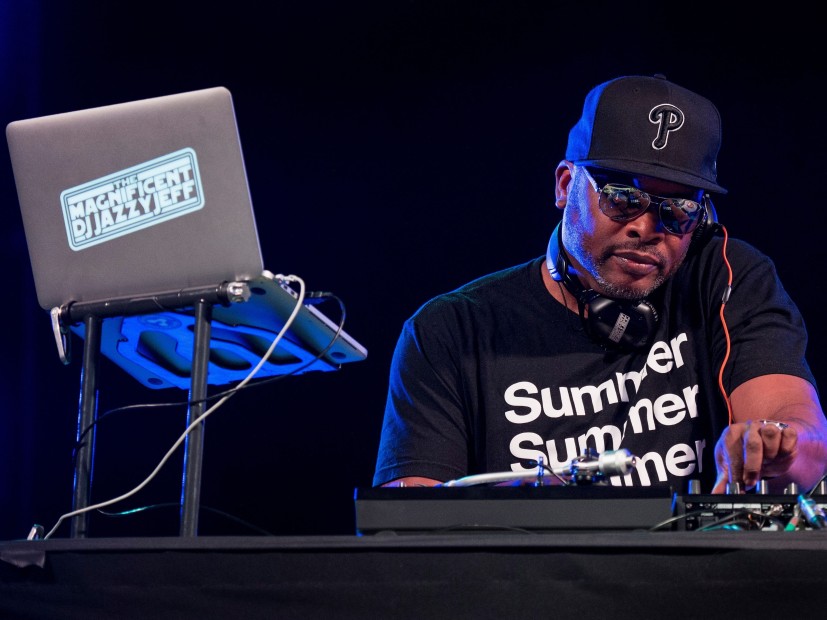 DJ Jazzy Jeff Thinks Music Is Best It's Ever Been

DJ Jazzy Jeff recently spent the last 19 hours flying from Africa to Dubai and from Dubai to Switzerland, where he finally had a rare day off. The frequent world traveler is coming off a transformative performance in Kenya, which he describes as “one of the best experiences” he’s ever had.

“That was my first time ever in Africa, not just South Africa,” Jazzy Jeff tells HipHopDX. “The level of hospitality of the people in Kenya blew my mind. They are very, very, up on all kinds of music, and that may have been one of the best events that I’ve ever done.”

When Jazzy Jeff plays a new country, he doesn’t simply cater to the locals’ tastes. Too often, he finds artists stray from their roots and try to match whatever the people in that particular country are accustomed to hearing.

“The reason why you’re special is they want you to do you, so I think once I realized how up they were on music, it really opened me up. It was like, ‘Ok, I can really go there,’ and they sang along with everything from Michael Jackson to Lisa Stansfield to Mobb Deep. They were all the way down. It was amazing.”

The veteran turntablist — who rose to prominence during Hip Hop’s golden era alongside Will Smith as DJ Jazzy Jeff & The Fresh Prince — just dropped his new album, M3, earlier this month. The project serves as the final installment of the Magnificent album series, which started with 2002’s The Magnificent and 2007’s The Return Of The Magnificent.

The arrival of M3 marks Jazzy Jeff’s first solo album in 11 years. He doesn’t think he would have had the confidence to put it out had it not been for his PLAYLIST retreats. Founded in 2016 by the Philadelphia native and his wife Lynette Townes, PLAYLIST acts as an incubator for independent artists, something inspired by the Red Bull 3style DJ event.

“My excitement about the independent side of how much we can get done on our own really started from some of the work I do with Red Bull 3style,” he explains. “My peers and I would have these amazing conversations. What I found is it would give us so much inspiration for the rest of the year. I talked to my wife and was like, ‘I really want to throw a DJ retreat where I would love to get some of the best DJs in the world together, and just make it about sharing music.'”

After the first PLAYLIST retreat, people were so moved by the experience, they were in tears, which Jazzy Jeff didn’t really anticipate.

“They were saying they’ve never been in a gathering with a group of creative people,” he says. “That was something that I didn’t understand. I expected us to get together; I didn’t expect it to become an emotional thing, yet there were people that were like, ‘Yo, I’ve never felt like I was doing this by myself.’

“That gave me the confidence to say, ‘You know what, I have a group of creatives that want to help me put together this record.'”

With M3 out in the world, Jazzy Jeff is amazed at how technology has made digesting music easier than ever. He especially appreciates the ability to connect to his fans in a way that was impossible when he was coming up.

“You have to dig too, but I discover so much good things from people’s recommendations,” he says. “If I trust their musical taste and they say, ‘Oh my god, you need to download this such and such album,’ I’m going to listen to it. I think that’s the beauty of where we are now. You can ask different people and get all the music you want. It’s really about sharing music and I think that’s really one of the things that got me excited about doing the record.

“As much as people complain about where we are with music, I think this is the best it’s ever been. It’s so cool to me that there’s someone making music in their garage tonight that will be on the internet tomorrow. Now, you have the access to communicate and touch your fans straight from your phone. This is some Jetsons shit for real. I’m like, ‘Yo, I was in Africa sending my album out to people.’ I’m tripping.”

In addition to his own music, Jazzy Jeff has collaborated with artists like The Roots, Eminem, Jill Scott and (of course) Smith. From 1990 to 1996, he also played the role of Jazz on the cultural phenomenon The Fresh Prince Of Bel-Air.

Growing up in Philly, Smith and Jazzy Jeff always had a plan — Smith was going to act in movies and Jazzy Jeff was going to do the films’ scores. When the current Hollywood powerhouse was offered the role of The Fresh Prince on the show, naturally Smith brought Jazz along with him.

“It was the strangest thing for someone to give you lines, you say the lines and everybody laughs,” he recalls. “I came up in this world where I was in no way, shape or form an actor. I had no desire to act.

“But from a creative point of view, you always hope that you can do something that people will remember and stand the test of time. Everybody that makes a record always wants to make a record that 20 years from now, people will still love this record. To be able to have made a television show like that is the blessing beyond blessings.”