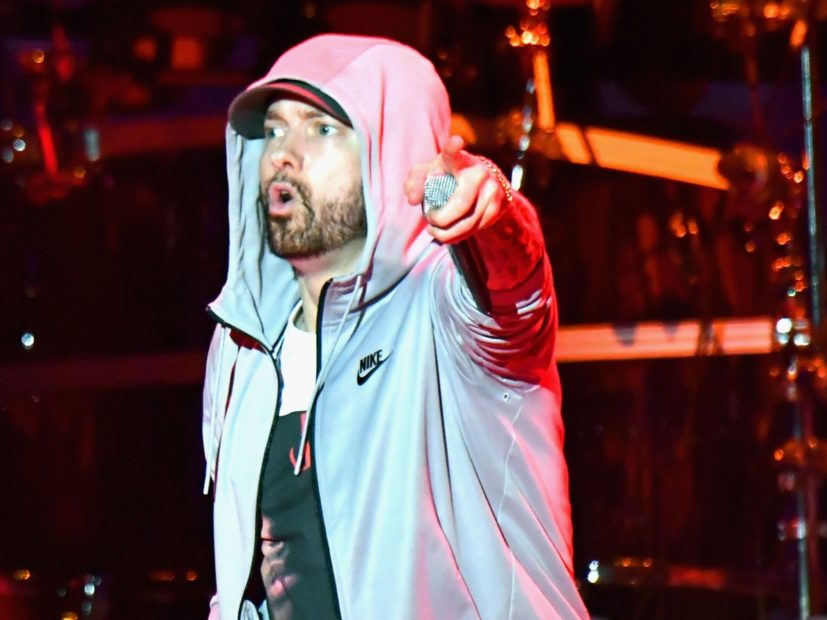 Is Eminem Prepared To Bomb On Lord Jamar?

Twitter – Eminem has kept quiet as Lord Jamar, Conway The Machine, Royce Da 5’9 and DJ Vlad have dissected what he means to Hip Hop culture. But judging by a recent tweet from Slim Shady, he might not be silent for much longer.

On Wednesday (August 28), Em hopped on Twitter and issued a cryptic yet ominous warning.

“People think they want this problem ’til they get it,” he wrote.

Now, it’s entirely possibly it has nothing to do with the Brand Nubian MC at all, but it wouldn’t be surprising if a Lord Jamar diss was right around the corner.

Lord Jamar has continued to insult Eminem in nearly every VladTV interview he does. But Shady’s loyal compadre Royce Da 5’9 evidently had enough and went on a nearly 10-minute rant about — what he believes is — Lord Jamar’s irrelevant opinion on a top tier lyricist like Em.

During a recent Instagram Live session, Lord Jamar claimed he only talks about the Detroit-bred rap legend because he has a problem with “white people” saying Em is the G.O.A.T. due to his astronomical album sales.

Lord Jamar was one of several rappers Em dissed on 2018’s Kamikaze. At the time, Lord Jamar said he was disappointed by the “little diss.”

But unlike Machine Gun Kelly, who returned fire on wax with “Rap Devil” (we all know that saga), the outspoken Hip Hop vet never responded directly on record.