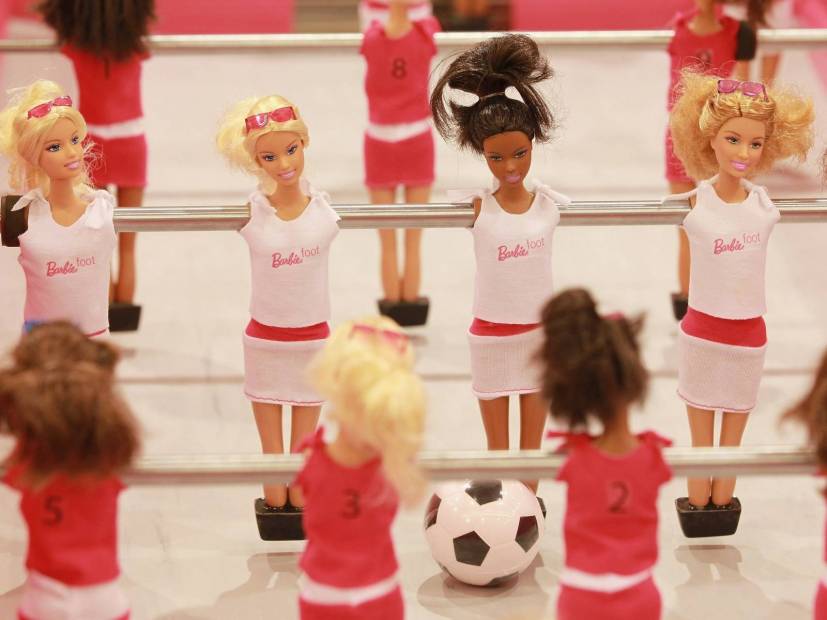 Initially through no fault of her own, Nicki Minaj became the glorified leader of the Barbz, her ever-loyal legion of fans.

But despite Nicki’s 103.3 million Instagram followers and 20.5 million Twitter disciples, the Barbz weren’t able to push The Pinkprint to No. 1 on the Billboard 200 in 2014. Nor could they get Queen to the coveted spot — that honor went to Travis Scott’s Astroworld, much to Nicki’s chagrin.

They also weren’t able to buy enough tickets to support the North American run of Nicki’s joint tour with Future. Instead, it was allegedly canceled due to low ticket sales.

So here’s a cold hard fact — the Barbz have no credibility. Who are they? Obsessed fans typing away behind their computer screens with seemingly nothing better to do. The lowest of low. Bottom feeders who thrive off negativity. The true definition of a Stan.

And they’re coming for everyone.

When burgeoning rap star Megan Thee Stallion was asked to name her favorite female MCs, Nicki was omitted from her list and several of the Barbz freaked out.

One Barbz wrote in a since-deleted tweet, “It’s funny how these girls come in the game like Nicki Minaj for a second then mysteriously all these other female rappers inspired them.”

Megan noticed the comment and evidently felt the need to address it on Twitter, writing, “It’s funny how you’re making nothing into something…I can’t like the OG female hip hop artist? I can’t show love to more than one woman?”

It’s funny how you’re making nothing into something…I can’t like the OG female hip hop artist? I can’t show love to more than one woman ? https://t.co/x1D5ZnUg9F

Interestingly enough, several self-proclaimed Barbz chastised their own kind for the confrontational tweet, but that’s not the norm.

Barbz routinely rally together in an attempt to take down anyone who insults their queen. In fact, this article will probably send them directly into the DX comment section to tell us what horrible people we are for calling out their unwarranted bullshit.

But at this point, isn’t it a bit ridiculous? They hold no power.

While Nicki can’t control their unwavering (and nearly psychotic) devotion to her, what she could do is attempt not to fan the flames. But more often than not, Nicki remains silent, allowing the Barbz’s online harassment of anyone who crosses her to continue, or she simply riles them up.

As reported by The New York Times, the perfect example presented itself in June 2018 when a freelance writer simply tweeted, “You know how dope it would be if Nicki put out mature content?”

That was all it took.

Suddenly, the woman was being attacked from all angles and once Nicki stepped in, it was over. With Nicki’s endorsement, it was like the Barbz had a green light to say whatever they wanted to the unsuspecting woman — and they did.

She received death threats, was told to kill herself and bombarded with constant online harassment on all social media platforms. sent vicious text messages and toxic emails, and she lost her internship at an entertainment blog.

Nicki Minaj exhibited #Queen behaviour when she hopped in my DMs and insulted me numerous times over an innocent music opinion while her fans continue to harass me and DM me death threats. This is NOT okay. pic.twitter.com/bJI9TVvJV7

While celebrity worship can occasionally reach scary levels (Mark David Chapman murdering John Lennon in 1980 comes to mind), having direct access to them on social media appears to make it worse.

In a similar situation involving Beyoncé and the wife of Golden State Warriors’ owner Nicole Curran, The Beyhive (Beyoncé’s version of the Barbz) swarmed Curran’s social media accounts, prompting her to switch her Instagram account to private. But rather than encourage that behavior, Beyoncé issued a gentle warning through her publicist, imploring her fans to “stop spewing hate.”

The moral of the story? Find something better to do with your precious time on earth. Oh, and make sure to look for the Barbz’s comments in the section below.