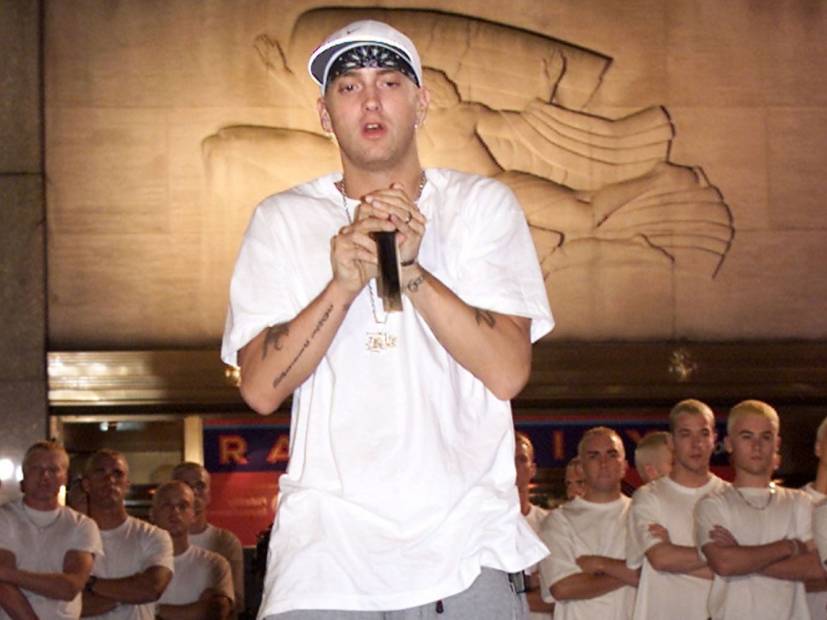 Eminem’s profound impact on pop culture is expanding. According to an article by the Detroit Free Press, “Stan” is among 640 new words and meanings that have been added to the Merriam-Webster Dictionary.

Taken from Slim Shady’s iconic hit “Stan,” the noun is defined as “an extremely or excessively enthusiastic and devoted fan.”

It also gets a verb entry, which is defined as “when someone stans, stanned or is stanning a favorite celebrity.”

Both uses are described as slang with its etymology traced to the 2000 song.

Following the lead of ‘Oxford English Dictionary’ a few years ago, Merriam-Webster announced today that it has officially added “stan” to its dictionary as both a noun and a verb 👏👏

As Genius points out, “Stan” is already included in the Oxford English Dictionary.

Oxford defines the word as “an overzealous or obsessive fan of a particular celebrity.” They credit its origins correctly as this century but says it’s only “probably” alluding to the 2000 song “Stan.”

An Oxford blog post by former intern Lili Feinberg made the case for the word’s addition in 2015 when she “observed its absence from the dictionary.”