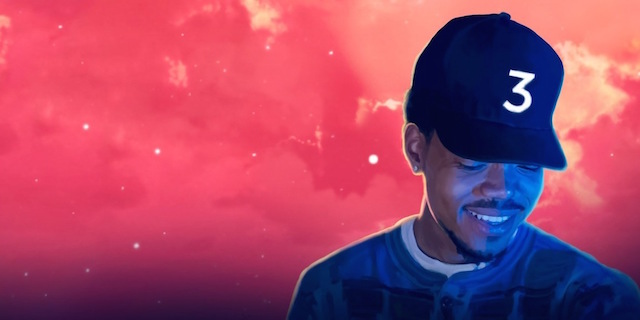 Every music lover takes a certain satisfaction in being the first among their friends to discover an artist. All it takes is a YouTube link or bullying the aux cord, and you can patiently wait and watch as heads begin to nod in approval of your co-sign. As a Chicagoan, I had the distinct pleasure of sharing Chance the Rapper with a number of unsuspecting listeners, although I was hardly the first to do so, only catching on just before 2013’s critically-acclaimed Acid Rap mixtape. Still, Chance the Rapper felt like he was my rapper.

I first discovered Chance the Rapper in the summer of 2013, mere months after the release of Acid Rap. I was fresh out of college, struggling to work my way into the music biz in New York City and Chance was right there with me. He had rhyme schemes and wordplay that represented my love for Golden Age Hip-Hop, but was also new and creative without the burden of the industry weighing him down. Chance the Rapper was my rapper; a Hip Hop fan’s dream.

Three years later, Chance the Rapper is one of the hottest names in not just his genre, but music at-large. He held up Kanye West’s already tardy rollout of The Life of Pablo for his own personal preference and then proceeded to snatch the glory with his precedence setting-verse on “Ultralight Beam.” He’s headlined music festivals, been chosen to represent a major sports team, cultivated Chicago’s creative scene through his Open Mike nights and helped the homeless by partnering with a nonprofit. Add the fact that his latest universally acclaimed mixtape – dubbed Coloring Book at seemingly the last second – did between 30,000-40,000 in sales its first week (despite the chaos that was its Apple Music/DatPiff release), and Young Chano from 79th is no longer a virtual unknown; he’s now sitting on top of the mid-season standings for 2016’s Hip Hop MVP Award.

It also coincides with the fact that Chance the Rapper is currently my favorite rapper.

Yet my favorite Chance song doesn’t appear on 10 Day, Acid Rap or Coloring Book; it’s a loosie released last summer titled “Israel (Sparring)” featuring fellow Chicagoan Noname Gypsy. On the track, Chance drops a number of gems including the line: “They tried to label me a non-rapper / I’m an independent contractor.” This always struck me as particularly odd, because the Chance I know is the one who goes in on “22 Offs” and preaches joy on “Everything’s Good (Good Ass Outro).” As his title suggests, he’s very much a MC. A good ass MC.

As Chance continues his rapid ascent to Hip Hop’s mountaintop, he’s continually changed his sound. Some like him for the exuberance he displays on tracks like “Good Ass Intro,” while others want to see his grittier side on songs like “Smoke Again.” On Coloring Book, Chance added gospel to the mix, giving listeners what might be the most fully drawn out display of gospel-rap to date. While that’s been somewhat polarizing, one thing is clear: Chance is 2016’s Hip Hop MVP, the artist thrust upwards towards the sky like Simba as if to say, “Hip Hop has been reborn. It has risen.” But to paraphrase the Charles Barkley, the “Round Mound of Rebound,” if Chance the Rapper is Steph Curry, Kendrick Lamar is LeBron James.

Right now, Chance is arguably the hottest rapper out. The spotlight is solely focused on the artist some have dubbed “the next Kanye” (a moniker I wholeheartedly disagree with), and many view him as the future of Hip Hop; the genre’s savior. But as young, fun and refreshing as Chance is, that “good kid” from Compton, Kendrick Lamar still holds the title of most talented rap poet in 2016, his creativity and lyrics off the preverbal charts.

Part of what makes Kendrick so exciting is his ability to stick to the script, moving forward without veering off course. Chance’s refusal to ditch his indie roots is admirable, but Kendrick’s lyrics have been used as rallying cries at protests, and his penchant for taking on not only the music industry but the establishment at large makes him a cultural figure that transcends music. Chance seems to be on that path as well, but Kendrick is far ahead of him.

Yet just as in the NBA, where LeBron James is the better all-around player, the young gun Steph Curry, whose flashy play and downright cold-blooded shooting sprees have made him the game’s hottest commodity, and reigning MVP, in historic fashion to boot. Chance is now the one holding the belt emblazoned with a golden microphone, not Kendrick.

There’s still a whole lot of 2016 left in the tank, with plenty of speed bumps (read: surprise albums) still to come. For now, Chance the Rapper has the crown to do with what he pleases.