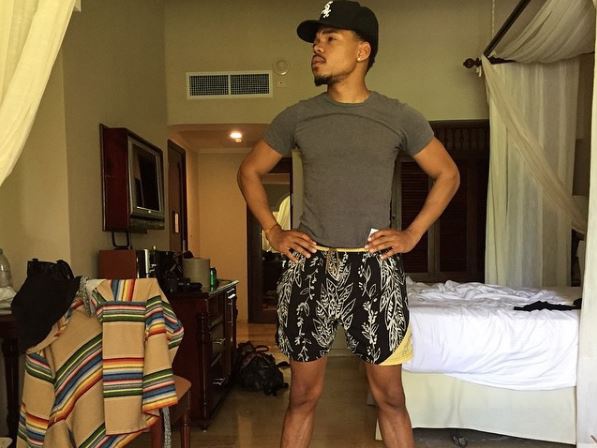 Windy City wordsmith Kanye West offered a congratulatory tweet to friend and fellow artist, Chance The Rapper following the release of his Coloring Book mixtape. ‘Ye, who referred to Chance’s newly-released project as a “masterpiece,” thanked the rapper for allowing him to lend his assistance on the mixtape.

“My brother Chance!!! Thank you for letting me work on this masterpiece. One of my favorite people,” Kanye West wrote in a tweet sent yesterday (May 15).

Kanye, along with the Chicago Children’s Choir, appears on Coloring Book‘s introductory track, “All We Got.”

Earlier in the month, Chance offered some praise of his own to Kanye, during an interview with Complex. After being questioned about the rapper’s inate ability to dote on himself, Chance dubbed Kanye “the greatest artist of this generation.”

“There’s not really a responsibility at all to tell people of your accomplishments, but I think in Kanye’s situation, it’s Kanye West,” Chance The Rapper said, during his Complex interview. “If I was the greatest artist of this generation and a few past generations and a few generations going forward, I would probably say it all the time. Especially if I was black and people didn’t really like me. I’d be like ‘Let me remind you all the fuckin’ time’…I think it’s about being a polarizing figure. So that 200 years from now when nobody really remembers any of our names, people will talk about him being an asshole and also being great.”

My brother Chance!!! Thank you for letting me work on this masterpiece. One of my favorite people. https://t.co/V0ja6oDDoF