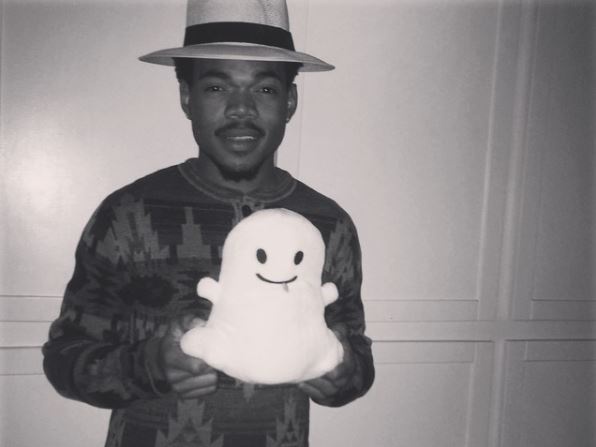 Chance The Rapper refers to Kanye West as “the greatest artist of this generation.”

During an interview, which took place as Chance The Rapper and Lin-Manuel Miranda were shooting for their newly-released Complex cover, the two were asked if  artists should feel it’s their responsibility to dote on their accomplishments.

Chance went on to explain that artists shouldn’t be held responsible for boasting on themselves, but did explain why an artist like Kanye West is the exception.

“There’s not really a responsibility at all to tell people of your accomplishments, but I think in Kanye’s situation, it’s Kanye West,” Chance The Rapper said. “If I was the greatest artist of this generation and a few past generations and a few generations going forward, I would probably say it all the time. Especially if I was black and people didn’t really like me. I’d be like ‘Let me remind you all the fuckin’ time’…I think it’s about being a polarizing figure. So that 200 years from now when nobody really remembers any of our names, people will talk about him being an asshole and also being great.”

Prior to speaking on Kanye, Chance explained why he doesn’t consider himself a trailblazer in music.

“I don’t really consider myself a trailblazer,” he said. “I’m more of just a product of the music versus music industry fight that’s been going on forever…I definitely feel liking I’m racing to write everything that I possibly can. Like Alexander. Talking about Hip Hop, it is very much so about the Eminem, 8 Mile, ‘you only got one shot.’ I think everything’s about that because we kind of have been conditioned to understand music as a field where you get discovered or put on…Every shot, when you’re a rapper–You kinda look at every shot as one you’re supposed to take.”

Video of Chance The Rapper speaking on Kanye West being “the greatest,” can be found below.