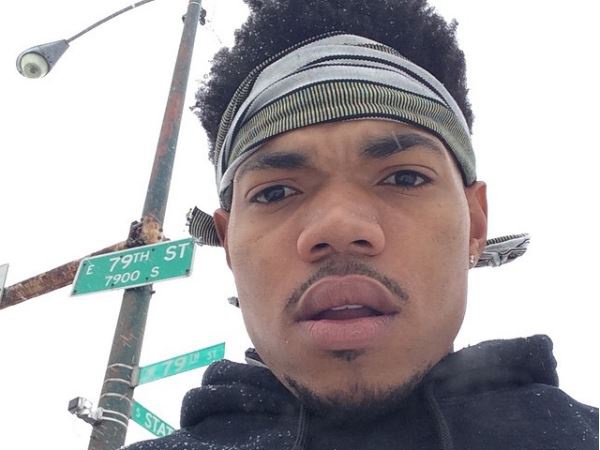 Chance The Rapper featured on the cover of Complex magazine’s June/July 2016 issue.

Both Chance The Rapper and Hamilton star Lin-Manuel Miranda appear on the latest cover of Complex magazine, in a photo that appears to take its cue from the iconic “Lunch atop a Skyscraper” photograph from the 1930s.

As part of their cover story, the two men touched on a variety of topics, including President Obama, the upcoming Chance 3 mixtape, and a possible Hamilton mixtape.

In regards to his Chance 3 mixtape, which is scheduled to be released this Friday, the Chicago wordsmith revealed that it’s way better than 2015’s Surf.

“This stuff is way better than Surf,” Chance The Rapper said. “I’ll say that on record. Donnie [Trumpet] is awesome, and the project was awesome, but this is all of us focusing our efforts into some very hip-hop and very dance-y shit, and it feels good. So I’m excited about that.”

Miranda spoke on a mixtape of his own, during the “self made” pair’s interview with Complex. According to the actor/rapper, a Hamilton mixtape could be out this fall.

“Yeah, the Hamilton mixtape in fall,” Miranda said. “And I’m just trying to get as many people to see Hamilton as possible. I know how tough it is to get a ticket in New York, so our priority is getting Chicago up and running, then West End, running in London fall of next year. Everyone is like, ‘Film it and put it on TV,’ but that’s not the thing. The thing is seeing it live, so it’s about being able to get as many people to see that. We have 20,000 school kids through a generous grant from the Rockefeller Foundation that are going to be seeing the show this year and we’re duplicating that program in Chicago.”

Chance The Rapper and Lin-Manuel Miranda’s Complex cover, can be found below.