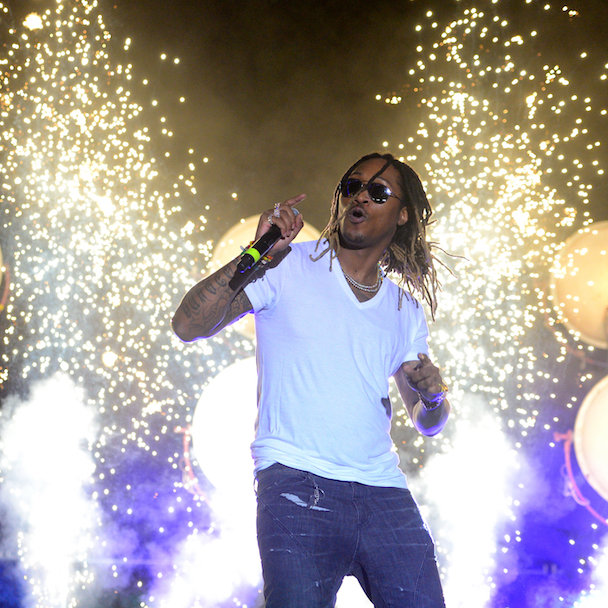 Has The South Ruined Hip Hop?

From the very beginning, the Hip Hop culture has had its base in a number of different elements. Technically speaking, those would include graffiti, DJing, and breakdancing but over time — as with anything else — the elements have taken on different forms, there are sub-genres — especially as it relates to how different regions interpret the culture. Hip Hop purists love the sticky topic of whether or not the South has somehow ruined Hip Hop. If we’re discussing this point, then let’s just put an address on it: Atlanta. Ask what you’d really like to ask: Has Atlanta ruined Hip Hop? The city is virtually the epicenter of southern music, the mecca. It’s been that way since the early 2000s. It was 1999 when — whether rap fans want to give it to him or not — Ludacris busted through to the mainstream reiterating that the South indeed had something to say, just in case 3000’s famous words had been forgotten. In that regard, the South has been talking non-stop for over 15 years and some are sick of it.

It’s the state of the charts, the fact that the rap songs with heavy melodies and light lyricism have taken precedence over tracks that, as the purists argue — “actually say something.” Rici, lead artist manager at Atlanta’s Quality Control Music — home to The Migos and OG Maco — argues the differences between rap and Hip Hop admitting that although rap isn’t what it started out as, the South has made important contributions to Hip Hop. ”It’s trap rap nowadays. My guys Migos rap, but Young Greatness is Hip Hop.” Rici has also worked extensively with DC’s own Wale, so although she’s an Atlanta native, she is well-aware of cultural differences.

“Rich the Kid raps,” she added. “[OG] Maco is a rock star mixed with all that. New York is not even Hip Hop anymore — they’re rappers wanting to be from the South instead of sticking to Hip Hop [basics]. They ruined rap by trying to steal from the [Southern sound]!” Now, as inflammatory as those words may be in certain circles, it’s an argument that’s been made before. Fabolous and Joey Bad A$$ notwithstanding, there have been few artists out of NYC that haven’t at least tried the Southern formula. “At the end of the day,” Rici stated, “The South is winning so how is Hip Hop ruined?”

Below the Mason-Dixon line, particularly in Atlanta, most music is broken in the strip club. The dancers determine whether or not the song being played is “hot” and that energy moves quickly throughout the club and subsequently the city, then on to the rest of the southeastern region. So when asking a question as pointed as this one, everyone scrambles to find the root of the issue.

Atlanta’s Coalition DJs, run by manager Nick Love, has a hand in what records are played in strip clubs citywide and with the crew’s extension into Miami and Detroit, they’re pushing their influence even further. Artists pay the Coalition to spin their new music for a predetermined amount of time. If it sounds like a hit at the shoe show then, odds are, it will take off. Do remember: Future’s climb started in the strip club. But again, it isn’t what the circle plays, but how the girls react. Still, in saying this, would the ‘worst’ rap song — the type to ‘ruin’ Hip Hop — even make it to the masses if circles like Coalition didn’t have mediocre artists paying to play? Does the Coalition DJ circle, and others like it, have blood on their hands? Love explains, “The honest answer is ‘no.’ I feel like my guys are a tool, option and an avenue for music in the city. I think that if you make music that caters to the club crowd, we’re there. We’re just as much of a resource as radio is, or a mixtape, or MTV, BET…”

Love is a native of Decatur, GA, a city on Atlanta’s east side, home to a number of rappers that some would argue, are definitely not Hip Hop. “Once the masses start to tell a story about someone or something, it’s hard to change the narrative,” he says. “So if you’ve always known New York to be a certain way or LA to be a certain way, it’s hard to change your perception.” His point is that during the late 1980s to early 1990s while the South was becoming known more for its bass music than lyrical content in rhymes, all other regions had created identities as well, be it staunch lyrics in the Northeast or the G-Funk bump and social commentary on the west coast.

“For years we were known for the booty shake sound,” Love elaborates. “Then crunk, snap and trap — it’s kind of a cycle that Atlanta is in. If you listen to the commentary back then [when OutKast debuted] it was like people thought we were retarded like, ‘Oh wow, y’all can string sentences together…’ That’s kinda where we are now.”

It’s the amount of single deals signed out of the South, but the music business is exactly that: a business. And while some are emotional about the essence of Hip Hop being lost on what comes out of the South, we have to remember that there are artists like Big K.R.I.T., J Cole, Jeezy, and T.I. that have made their mark on the industry in recent years. Tip’s manager and Grand Hustle co-founder Jason Geter — who, ironically, is from the tri-state area — weighed in. “There’ve been the little flukes that have come along here and there,” he admits. “Just like New York has had a number of flukes that have come about, here and there. Whether it’s the Harlem Shake or the Chicken Noodle Soup… As a fan of Hip Hop I can argue that the South has had some and New York has had some, the west coast has had some.” He goes on to state that the main reason the “flukes” are at the forefront is the fault of the record labels, desperate to make some money, regardless of how it comes.

“Of course for every career artist, there are 7 one-hit wonders but that’s just the music business, right? I think the kid Raury has a real shot at a career.” Geter added, also naming 2 Chainz and Killer Mike as examples. When challenged in reference to Tity Boi’s longstanding industry presence, Geter argues, “Yeah. He been out, but it don’t happen till it happen. You been out but ain’t nobody been paying attention to you. Let’s be honest.” It’s true. Artists like Killer Mike, who is currently experiencing the height of his rap career as half of Run the Jewels, can’t be discounted in the conversation. A lot of it is a difference in what’s marketed. One running argument that many artists have made is that while on NY press runs, they’ll turn on the radio and it sounds like it could be an Atlanta station. Artists like Young Thug and Rich Homie Quan run the radio waves up top the same as anywhere else. Record labels snap up Southern artists that may have one solid hit, push them and drop them just as fast to be on to the next. People like to dance these days and loyalty to artists, even artist development, is a relic of the past.

Where Geter may blame the industry for these one-up projects, Love intimates that the blame may fall squarely on the shoulders of certain colleagues. “I don’t think some of my peers care,” he shared, shrugging. “Like, ‘Whatever. As long as I’m getting my money or my artist is getting that shine or my artist record is popping.’ A lot of these folks aren’t from here so they don’t care. They moved from wherever they moved from to come here and get money, so they have no real motivation to preserve and boost Atlanta.”

It’s a general remark made, particularly within the Atlanta metro limits where those born and raised in the city feel as if the transplants have negatively affected the natural progression of Southern Hip Hop. In a small city/big town like Atlanta, where the percentage of out-of-towners hovers around 45%, it’s a valid argument — sort of.

But people like Chaka Zulu of Luda’s Disturbing tha Peace and Geter aren’t from Atlanta and have made valiant efforts on behalf of the city, even outside of Hip Hop. For instance, Geter spent the better part of one recent day in one of Atlanta’s most notorious neighborhoods, Vine City — also known as The Bluff — working to restore the nation’s first integrated park. He said that Love’s point is misplaced.

“I feel like [me and Chaka] are two people that have helped this city in so many ways and the average person wouldn’t even understand the influence — not just outside of the city but within the city. Me personally, I’ve done more than 99% of the dudes from Atlanta for Atlanta. That’s real and you can ask the mayor ‘bout that,” he stated with a laugh. Geter added, speaking of that day in the park, “I’ma tell you. I was there. I ain’t see [nobody from Atlanta] and to be honest with you, it was a dude from New York who invited me. We sat down with two other people who had nothing to do with Hip Hop. So I think that’s just a cop-out. It’s back to that black-on-black bullshit.”

“It’s just that the South caught a run and it’s just been so obvious,” Geter shared, pausing. “It’s coming back around now. The west coast has some good artists coming out but let’s be honest, New York is still trying to get their feet planted on the ground, and I get it. I’m from there.”

Nadine Graham was bred in Brooklyn, NY but based in the Atlanta metro area. She co-hosts an urban lifestyle show called Day 1 Radio on ABLRadio.com. Graham is enamored with lyrics although she can ‘hit the Quan’ with the best of ’em. She’s written for Revolt, Billboard and The Boombox.